In the early 1970s, a young muralist named Ulysses Jenkins was encouraged by a friend to come down to the boardwalk in Venice, Los Angeles, to check out a videomaking workshop. The Sony Portapak — the first portable consumer video camera — had come on to the market in the late 1960s and was still very expensive. New owners often ran workshops, renting out their equipment to try to recoup some of their costs.

Jenkins was sceptical. He had recently completed an acerbic political mural on the boardwalk — a panorama of Los Angeles, with the city pictured as bait in a giant rat trap. “I don’t know if I want to get involved with that,” he told his friend. “I’ve got my wall to keep me warm.”

“But of course, out of curiosity, I go down,” Jenkins, 75, says, speaking by Zoom from his LA studio. The workshop changed his life. “You spend a day or a few days with the equipment — you get the video jones,” he chuckles. “You get addicted!”

On February 6, a retrospective survey of Jenkins’ work in video and other media opened at the Hammer Museum in LA, after it debuted late last year at the Institute of Contemporary Art in Philadelphia. Ulysses Jenkins: Without Your Interpretation is his first solo museum exhibition.

Jenkins, who is black, grew up in multicultural LA, where his parents had settled after leaving the South with many other African-Americans during the Great Migration. He recalls his childhood as being relatively racially integrated. When, however, he moved to Baton Rouge, Louisiana, to study fine art at Southern University, he was shocked at the racism he experienced.

The Hammer show features one of his earliest forays into video, “Remnants of the Watts Festival”, a compilation of footage of the 1972 edition of the community arts and music festival, which was inaugurated after the 1965 Watts Uprising. It appeared to Jenkins that the mainstream media was discouraging white people from attending the festival, because it was seen as dangerous. “I said, these guys are lying to the public!” he recalls.

With several friends, Jenkins organised Video Venice News, a group whose mission was to record local events in a way that offered an alternative narrative about black communities in LA. They broadcast their videos on public access cable television. “Remnants of the Watts Festival” is something of an outlier in Jenkins’ oeuvre, more documentary than art video, but it cemented his life-long commitment to presenting autonomous, positive images of black cultural identity.

As a fledgling practitioner in a fledgling field, Jenkins says he realised that “how people perceive of video art starts with television”. In subsequent artworks — most notably, his video performance “Mass of Images” (1978) — he confronted the insidious and demoralising effect that television had on black Americans. In “Mass of Images”, Jenkins emerges in a wheelchair from behind a perilously high stack of television sets and intones a mantra: “You’re just a mass of images you’ve gotten to know/From years and years of TV shows/The hurting thing, the hidden pain/Was written and bitten into your veins.”

In the 1970s, Jenkins’ concerns were not unique. The civil rights movement and the Black Power movement were, he says, “about finding ourselves amongst this culture that had been defining us in such a negative manner”. He was inspired by Blaxploitation movies, where “the main character was fighting not only for justice but for a new character positioning in society”.

While African-American artists in 1970s LA were largely left out of white-dominated institutions, Jenkins found deep kinship among those working in his community. Through the artist collective Studio Z, he came to know David Hammons, Senga Nengudi and Maren Hassinger, friends who became collaborators. Studying in the late 1970s at the Otis Art Institute under luminaries such as Betye Saar and Charles White, Jenkins befriended the painter Kerry James Marshall, who performed in Jenkins’ 1979 video “Two Zone Transfer” wearing a mask of Richard Nixon.

Jenkins describes the performance works made by most African-American artists around this time as “rituals”. In 1981, he enlisted Nengudi and Hassinger to participate in an event in front of a small audience of friends. It was not recorded on video, and now only exists as a few photographs and a flyer. Influenced by traditional African rituals, Jenkins orchestrated a happening in which audience members were invited to scrabble in a pile of earth for a buried glass prism. “The concept was that if you could find this little transparent pyramid,” Jenkins says, “you would find yourself.”

That performance was titled “Adams Be Doggereal”, referring both to the busy West Adams Boulevard on which Jenkins’ studio was located and to his neologism “doggereal”, a term he often uses in his work to denote the reality of African-American experience. Doggerel, Jenkins explains, is defined as “an irregular variation on a theme, sometimes a comedic verse”. Life in America for black people, he says, “is an irregular variation on this theme — which we’re now fighting over — called the Constitution.”

Jenkins gravitated in his work toward the role of the griot. In west Africa, he says, griots are singers and poets who tell the stories of their culture. “They show up at weddings, they show up at funerals,” he says. “They perpetuate and motivate the people that they’re communicating with.”

A talented musician, Jenkins often incorporates music — both others’ and his own — into his videos. In “Without Your Interpretation”, the 1983 video after which his retrospective is titled, he intercuts footage of an outdoor musical performance he did with a loose band of collaborators beside the Los Angeles River with snippets of television news footage and choreographed dance. The artist Patssi Valdez, of the Chicanx art collective ASCO, is credited for the outlandish make-up. He landed on the title after “misunderstandings” following a previous video performance in which he’d appeared nude. The black male body, he was reminded, is prone to offend.

For decades, Jenkins worked largely out of sight in Los Angeles. Recently, however, he has been cited as an influence by successful younger artists of colour including Aria Dean, Sondra Perry and Cauleen Smith. When I ask Jenkins how he feels about the recent tide of exposure and appreciation that has come with these exhibitions, he answers modestly: “Let’s just say, it’s been a little overwhelming.”

‘Ulysses Jenkins: Without Your Interpretation’ runs at the Hammer Museum until May 15, hammer.ucla.edu 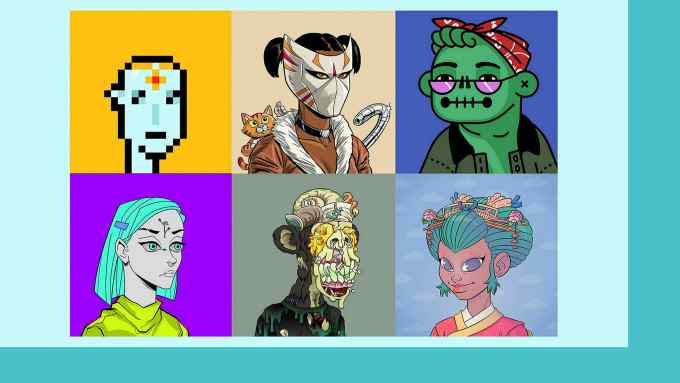