Space comes at a premium in megacities — community does too

In Manchester, the site of a student accommodation block is being converted into a new kind of housing, one that reflects an age of dense urban living. Just like any other university digs, tenants will have their own room and share communal spaces — but these inhabitants will instead be young professionals looking to carve out a career in the city.

Co-living, a corporate approach to housing for young people that has recently emerged in the US, is now spreading across the UK. At The Collective in London, tenants rent out a room and get access to an on-site cinema, gym, restaurant, roof terrace, bar and spa.

This model is part of a response to the pressures of urbanisation, a trend that defined the 19th and 20th centuries and is expected to continue through this one. By 2050, the UN estimates that more than two-thirds of the world’s people will live in cities, compared with 55 per cent in 2018.

Over the past three decades, the booming economies and cramped space of the developed world’s big cities have already transformed how young people live. Many now share accommodation with friends well into their thirties and delay settling down.

Demand for co-living is being driven by the younger generation’s “fundamentally different” outlook on life, according to Richard Lustigman, a director at consultancy JLL. “We know they are getting married later . . . we know that they are far less likely to own their own home,” he says. “Historically housing policy has always focused on family housing.”

The problem is family housing stock in major cities, where graduates flock for jobs, has risen sharply in price. “We’ve reached a peak, where there is no more cheap family housing [in London],” says Neal Hudson, a housing market analyst at Residential Analysts, a research company. He expects young people will continue to move to cities, attracted by the social benefits, but may choose Manchester or Bristol instead of London.

Co-living is one solution to the challenge of space, but it also aims to address urban isolation by encouraging tenants to socialise. The shared spaces are designed to encourage a sense of community in otherwise vast and culturally diverse areas.

This inclusion is a key part of the pitch to investors. Major corporations have shown interest in the model: the Manchester site is being converted into a co-living space by iQ Student Accommodation, which is owned by Goldman Sachs and the Wellcome Trust, a medical research charity.

But while some critics worry that co-living keeps people trapped in shared accommodation for longer, there are signs that the push towards corporate communities is rippling beyond young professionals and into older generations living in urban areas.

On the edge of Odense, Denmark’s third-biggest city, a new kind of living is under development. The so-called “coexistence village” is designed for people of all ages and stages of life, with private family homes, rental properties, a kindergarten and community housing.

It is unusually designed to host elderly people with dementia alongside working-age families. The aim is to foster a sense of community and avoid care systems that isolate the elderly. Cars, for example, will be kept to the edge of the development to keep dementia patients safe, while sensory gardens and squares will allow for intergenerational socialising.

Like co-living, the Danish coexistence project aims to tackle the challenges that arise from urbanisation, but also that of ageing populations.

While the Odense project is based at the edge of a city, one of its architects, Jonas Upton-Hansen, could see the blueprint working better in an even higher-density environment. He adds that the project’s organisers have already discussed the model with housing associations in the UK.

Such developments could also interest institutional investors like pension funds. At a time when returns on more traditional financial assets are low, the appetite for alternative investments is rising.

Experts suggest that the kinds of living now beginning to emerge in big cities will gain in prominence over coming decades. In future, Mr Lustigman envisions a rise in “mixed-use” buildings. “There’s a real sense one might see a building that’s carved into a third retail, a third co-working, and a third co-living, and it could coexist very easily together,” he says.

The urban-loving generation of today is still young, but by 2050 they will be on the cusp of old age. Among their parents and grandparents, appetite for the vibrancy of urban living is already noticeable, says Mr Upton-Hansen. “The rooms that are more popular in nursing homes are the rooms overlooking city squares or busy streets,” he says. “They’re not looking at a garden or park, they’re looking at life.”

Of course, not everyone will live in cities in future, but the concentration of economic activity in urban environments — and the associated lack of space and sense of community — is already generating new ideas of living that could gain momentum over the next three decades.

Get alerts on Residential property when a new story is published

Explore the Special Report
READ MOREHow we will live in 2050
Will virtual reality and AI help us to find love or make us lonelier? 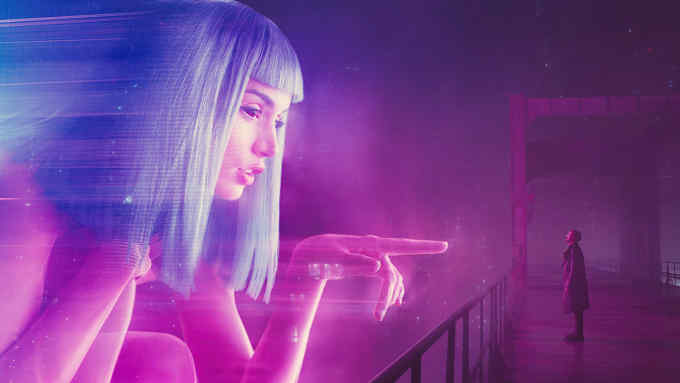