America’s top banks have decided not to let a good crisis go to waste. During the pandemic, they have capitalised on their customers’ increased willingness to use digital financial services.

For a country with global tech hubs like Silicon Valley and Austin in Texas, US banks had offered bafflingly archaic financial services, even by the start of the year.

Cheques were commonplace and mostly deposited in bank branches. Card payments often required a customer’s signature, and “tap-and-go” technology such as Apple Pay was unusual, especially when compared with levels of use for similar services in other developed economies.

Bank branches remained open and well-used, with 30 of them per 100,000 people versus 16 in Sweden and 11 in Germany, according to 2019 World Bank data — which does not include the many brokerage offices Americans frequented for routine wealth-management services.

Then came the Covid-19 pandemic. Banks had closed branches by mid-March, leaving customers with no choice but to use technology if they wanted transactions done.

By May, more than 45 per cent of Americans had changed the way they dealt with their bank, a survey of 1,000 people by consultancy FIS found.

Mary Mack, who runs consumer and small business banking for Wells Fargo, says the pandemic has driven a 35 per cent increase in the number of cheques deposited digitally, a more than 50 per cent rise in online wire transactions, and a surge of mobile sign-ups by customers who had previously stuck to bricks and mortar and call centres.

Wells Fargo, America’s third-largest bank by assets, developed the trend with on-the-hoof innovations such as increasing the value of cheques that could be lodged via mobile devices, and increasing the limit for withdrawals at ATMs, so people could do more without using a branch.

The effort continues, even now that 85 per cent of Wells’ branches have reopened (many of them in limited capacity).

When customers visit branches, the bank contacts them to tell them if they could have completed their transactions online, saving themselves a trip. “They relate to it,” says Ms Mack, who believes that the changes in customer behaviour will endure because “this thing is going on for so long”.

“It takes three weeks for somebody to develop a new exercise routine. We’re eight months into this pandemic,” she adds.

Such behavioural change would be welcome news for Wells, which has promised investors it will cut $10bn in costs. It can serve customers more cheaply through digital channels — the bank’s strategic plan already includes significant cuts to America’s largest bank branch network.

“We’ll be directed by what our customers tell us,” Ms Mack says of its future branch strategy. “If what they are telling us is we won’t be using branches any more because we have gotten really comfortable with great digital tools, then we will respond accordingly.”

Bank of America, the second-biggest bank by assets in the US, has experienced trend.

Almost 40 per cent of BofA’s cheque deposits are now done online, as are around 50 per cent of this year’s sales — almost double the 27 per cent of the bank’s sales that were digital in 2019.

In mortgages, traditionally a paperwork-heavy activity, digital sales have accounted for 60 per cent of 2020’s activity. Erica, the bank’s artificial intelligence chatbot, is handling 400,000 client interactions a day — twice as many as a year ago.

“We do not expect that if and when the world gets back to a place that’s more normalised, [digital adoption] is going to drop,” says David Tyrie, BofA’s head of digital banking. Even as branches reopen, the bank is testing new services, such as video consultations with customers.

Truist, a bank forged by the 2019 merger of domestic lenders BB&T and SunTrust, has also been rolling out new technology, partly to ease the pressure its customers were under throughout the pandemic.

“These solutions made a real impact,” he says, describing how they were able to deal with 50 per cent more applications at one stage, while halving the volume of queries to its call centres and reducing callers’ average hold times by nearly 60 per cent. 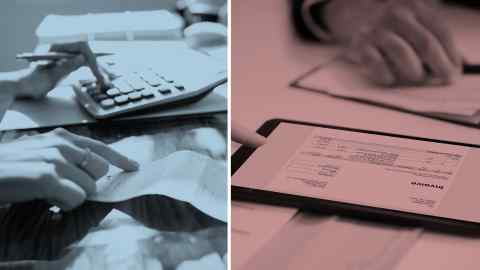 Andy Saperstein, head of wealth management at Morgan Stanley, says he has seen big improvements in efficiency as clients turned to digital tools.

Before the pandemic, clients came into Morgan Stanley’s brokerages for everything from annual portfolio reviews to having someone look over financial documents. In the pandemic era, much of this activity has taken place on Zoom.

“Once things go back to normal, of course, advisers are going to go back to meeting with clients in person [for some things],” Mr Saperstein says. “But it’s pretty efficient, if you want to review a document or analysis, to jump on a Zoom call and do it together.”

He says there is “no question” that digital adoption is here to stay. “Once you try something digitally, you realise that it is a lot easier,” he says. “You are going to keep doing it.”

Get alerts on US banks when a new story is published

Explore the Special Report
READ MORE
When is the best time for small teams to hire a finance chief? 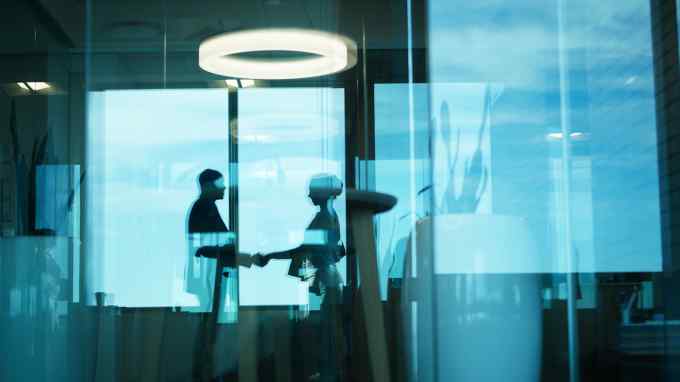