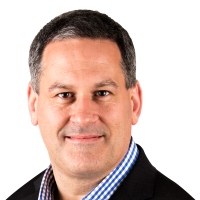 Demetri Sevastopulo covers all aspects of the US-China relationship, ranging from foreign policy, national security and intelligence to trade, economics and business.

Demetri served as Washington Bureau Chief from 2015 to 2021, covering the White House, Trump administration and the 2016 and 2020 presidential races. During his more than 13 years reporting from Washington, he spent six years covering the Pentagon and intelligence agencies during the Bush and Obama administrations. He has interviewed everyone from Donald Rumsfeld to Donald Trump.

Since leaving his native Ireland three decades ago, Demetri has lived in Tokyo, Beijing, Hong Kong and Washington. Before returning to Washington in 2015, he spent five years in Hong Kong where he was South China Correspondent and served as Asia News Editor, running the FT daily news operations in the region.