Two of the world’s largest custody banks have publicly backed cryptocurrency trading platform Pure Digital, in a move that points to growing demand from traditional asset managers for bitcoin and other digital tokens.

Bank of New York Mellon has joined the consortium of six banks behind the launch of London-based Pure Digital, three months after State Street became the first to announce its support for the planned exchange.

The step suggested that normally staid and conservative custodians, which safeguard assets for some of the world’s largest asset managers, are fielding increasing interest from clients about trading digital currencies.

“We have spoken to all the top-tier banks but we think custody banks were some of the first to see demand, so they are now more advanced,” said Lauren Kiley, Pure Digital chief executive officer.

The backing came despite weeks of heavy losses for bitcoin, which wiped out all the year’s gains and fell below $30,000 for the first time since January.

BNY Mellon said it would “explore new digital asset servicing solutions for our clients as the regulatory landscape develops”. Both it and State Street are weighing whether to trade on the cash platform as well as provide other services, such as technology*.

“Digital assets are only going to become more embedded in global markets in the years ahead, and this collaboration accords with BNY Mellon’s wider strategy to develop a digital asset capability for clients across the entire trade life cycle,” said Jason Vitale, global head of foreign exchange at the US dealer. 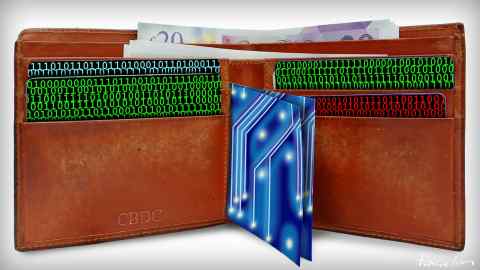 Historically, custody banks have not been associated with risky and innovative markets, but in recent months they have tiptoed into digital assets ahead of some of the more adventurous investment banks.

BNY Mellon set up a digital unit in February, while State Street followed with a similar announcement in June. Both banks are now looking to expand their capabilities beyond custody and into trading.

The first trade will take place on the platform “within a week” and will involve a bitcoin trade, according to Campbell Adams, Pure Digital co-founder and one of the currency market veterans competing for a slice of the crypto trading pie.

Dmitri Galinov, chief executive of trading platform 24 Exchange and former head of currency trading platform FastMatch, announced on Tuesday that his platform has been granted a licence from regulators in Bermuda.

Banks have arrived late to crypto trading, which is dominated by companies without a background in traditional financial markets, such as Coinbase and FTX, which concluded a funding round on Tuesday valuing it at $18bn.

“We are not worried about aligning ourselves with banks,” Adams said. “The crypto market needs banks, I don’t think it can scale without them.”

*This story has been amended to clarify that the banks have not yet launched formal plans to trade on the platform.