We’ll send you a myFT Daily Digest email rounding up the latest Film news every morning.

With petrol fumes fading in the background, Mad Max director George Miller parks the hot rods and takes us on an old-fashioned magic carpet ride in Three Thousand Years of Longing. Premiering out of competition in Cannes, it’s a visual dazzler that wears its fantasy elements lightly and with playful humour.

Tilda Swinton is Alithea, a prim northern English academic who lives for ancient stories until those stories start to come to life during a trip to Istanbul. After a chance purchase in the Grand Bazaar she returns to her hotel room where she is unexpectedly confronted by the grand bizarre: a colossal genie, or djinn, with problems of his own. No amount of book learning can prepare you for this.

The first sight of Idris Elba’s djinn and especially his screen-filling foot, can’t help but stir Technicolor memories of The Thief of Bagdad, though he quickly warns Alithea (and us) not to believe everything she’s heard about his kind. It is the djinn who does much of the talking, telling his millennia-spanning tale of wonder and woe to an awestruck Swinton, Elba’s tones casting their own spell, even if his near-eastern accent wobbles occasionally. We meet the magnificent Suleiman, the seductive Sheba and a neo-hippie King Solomon who plays music fit for a bath salts commercial. Each story cues a kaleidoscopic wave of opulent fantasia from Miller, the djinn transforming in a CGI glittery swirl that resembles liquid Murano glass.

All of this could easily become exhaustingly portentous, as it does in so many fantasy epics, but helping to level the grandiosity are Swinton’s down-to-earth interjections and self-effacing humour. Often the tone is more Shirley Valentine than Scheherazade. (One of Alithea’s wishes is a sip of tea.) This too forms the emotional heart of the film: our heroine shrugs that her own life is “not much of a story” while the djinn chides her for an “absence of desire”. For all her love of fairytale, Alithea is wary of wishful thinking and it may be this has left her emotionally stunted. By uncorking the djinn she could learn to let loose something within herself.

If the magic fizzles somewhat on return to London — and what exotic trip isn’t brought down to earth by the sight of Heathrow? — the images linger pleasantly like postcards in the mind. Perhaps all Alithea needed was a break from the suffocating claustrophobia of modern city life; perhaps we all do. If so, the intoxicating Three Thousand Years of Longing is the perfect tonic — and that’s not just the djinn talking.

Festival runs to May 28, festival-cannes.com

Get alerts on Film when a new story is published 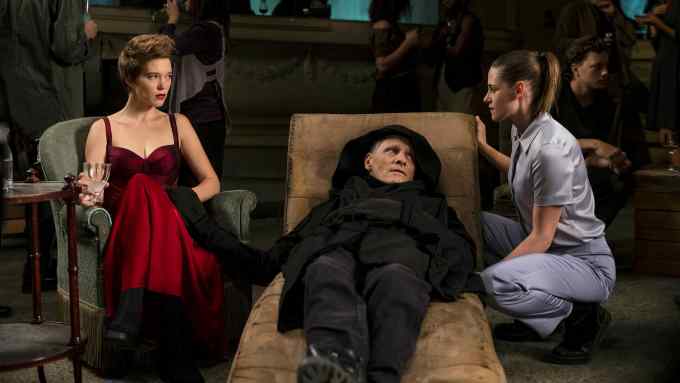