How patterns in data affect getting legal work done

In 2017, employees at Pusch Wahlig Workplace Law seemed to develop a fear of the office coffee machine. The reason, it turned out, was nothing to do with the beverages but the ad hoc way in which work had been distributed at the German law firm ever since it was set up in 2006. If a partner bumped into an associate in a corridor, they might assign them a task, as well as sending out group emails to see who had capacity.

“When you went to grab a coffee you had to pass the office of the busiest person in the firm — people would avoid the coffee machine so as not to risk the work ending up with them,” says the firm’s founder, Tobias Pusch.

Realising employees were struggling with too much work and not enough time, Mr Pusch turned to technology. The firm worked with Push! Founders, a start-up incubator (also founded by Mr Pusch) that focused on service and legal technology. Push! had developed an app, PushCap, to manage work distribution, which associates now use to show their availability via a colour-coded traffic-light system. This allows partners to allocate work more fairly.

Mr Pusch says the app has significantly improved collaboration between staff. It also flags up associates’ specialist skills, which means they can be better matched to projects.

Innovative law firms are increasingly using technology to streamline the more inefficient and laborious aspects of legal work and to glean insights from the vast quantities of data at their disposal.

Matthew Galvin, head of ethics and compliance at international drinks company Anheuser-Busch InBev, notes the transformative effect: “Technology is becoming ubiquitous and cheap. The key for lawyers is to understand exactly what the technology does and use that to solve problems themselves.” 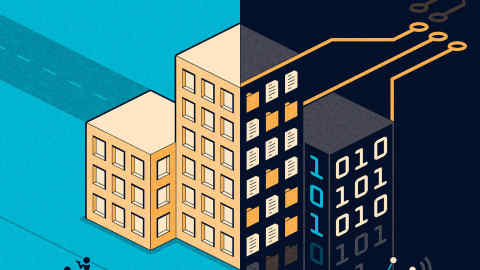 At AB InBev, he launched BrewRight, a tech tool to manage compliance across the global business by drawing on accounting and other data to analyse transactions and third parties.

As well as making workflow more efficient, Mr Galvin says, gathering information over time provides insights into work patterns and helps law firms allocate resources and training. It will show, for example, whether associates are completing work at the right speed, and if partners are charging the right fees.

If someone chose a ‘star’ when someone else was ‘yellow’ [available], it wouldn’t fly well

“The associates request feedback from partners on their work, but it went totally unnoted before. Now I see how big this issue really is.” The app has a feature that enables partners to give feedback quickly, by leaving either a short voice note or a message, which Mr Pusch says is working well.

There are still “star” performers to whom colleagues turn first, but while previously they would become overloaded, the app has encouraged greater discipline in allocating work. “If someone chose a ‘star’ when someone else was ‘yellow’ [available], it wouldn’t fly well,” says Mr Pusch.

The app’s success in house led Pusch Wahlig to develop the product for commercial launch in 2018 through a separate entity in partnership with Push! Founders.

Law firms can innovate organically, says Mr Galvin, but he argues it is difficult to do so effectively without the help of a tech provider, particularly if it requires complex data intelligence. “Lawyers understand their clients’ problems really well, while tech companies understand the tech,” he says.

Peter Lee, co-founder and chief executive of UK legal engineering business Simmons Wavelength (owned by law firm Simmons & Simmons), says law firms are well placed to innovate with data because they generate so much information in the course of their work. “Lawyers often know more about the client’s business and future needs than the client does,” he says. However, the data they own is often controlled by different sections of the firm, which means extracting value can be complicated, and lawyers tend to lack skills in the technology.

Professional services
Algorithms tame ambiguities in use of legal data

But law firms should act fast or risk seeing a few pioneers streak ahead. “They should be considering how to innovate more with the data they control,” says Mr Lee.

The number of law firms making rapid advances in this direction remains small, but as Mr Galvin notes, “interest is replacing scepticism”.

As more firms note the direct impact of using data-generated insights to make their work better and more efficient — along with opportunities to commercialise these insights — this is likely to increase.

For Mr Pusch, the effectiveness of Pusch Wahlig’s work management app is clear. Lawyers used to reach for the app’s “panic button” when they had an urgent work request and no time to allocate it properly. The biggest sign of the app’s success is that today no one feels the need to press this button.

The legal team at Aosphere, Allen & Overy’s online legal service business, already had a service analysing legal requirements for takeover reporting. What it lacked, though, was one reliable, consolidated data source for issuers that were subject to a takeover bid.

“In 20 countries, if you buy or sell shares in companies involved in a takeover you have to make a declaration,” says Dean Ratcliffe, chief executive of Share Disclosure. “But across those countries there is no uniform method of doing this. There is no supporting data that goes with it, and no one source to go to.”

Aosphere had been asked by several clients to provide this kind of insight — and accurately. Share Disclosure collected and normalised data in different formats before helping Aosphere distribute it via Allen & Overy’s global network. Feedback from clients across the world helped the development team perfect it.

With so many types of takeover to contend with, for example, clients told Aosphere they wanted definitions of each type and to know at what point they had to declare an interest. With this detail added, institutions avoid making early declarations and showing their hand too soon. The Takeover Data service was offered to clients at the end of 2018.

The development process was testing at times, says Mr Ratcliffe. “They wanted every single thing written down to the nth degree. They spotted any inconsistencies — but they were right,” he says. Ultimately, he was surprised by how entrepreneurial and innovative the lawyers were.

As the data accumulates, Mr Ratcliffe predicts it could be used to look at trends and patterns in takeovers, including any that failed, and why.

The tables below rank law firms for the FT Innovative Lawyers Europe awards.

Get alerts on Law when a new story is published