Turnround since the end of last year, as value strategies weather the storm better

The UK’s largest wealth managers have suffered a sharp reversal of portfolio performance this year as the economic environment punished growth-focused strategies and revived the fortunes of value stocks.

Many portfolios that were riding high at the end of last year are now in the bottom quartile of performance and have been replaced at the top of the league table by former laggards, according to research by Asset Risk Consultants, which analysed the returns of 300,000 strategies run by 100 large UK wealth managers.

Higher inflation and increasing interest rates have created a difficult backdrop for growth stocks, whose value is tied to the company’s future prospects. Investors who prefer stocks that are attractively valued compared with their fundamentals, such as dividends and cash flow, have prospered.

“Basically if you were top, it’s highly likely you are now in the bottom,” said Graham Harrison, ARC managing director. To prosper at the end of last year, managers needed to be oriented towards growth, which has since suffered heavy losses.

The shift underscores how difficult it is for active investment strategies to perform well in all market environments, lending weight to industry analysts who argue for a balance between different styles.

ARC’s analysis, which found an unusually large shake-up in performance in the three months to the end of March, comes as global markets have suffered a spell of painful selling. The S&P 500 has tumbled 17 per cent since January but growth-oriented stocks have fared worse. The MSCI World Growth Index plummeted 20 per cent from January to April, while the equivalent index for value dipped just 5 per cent. 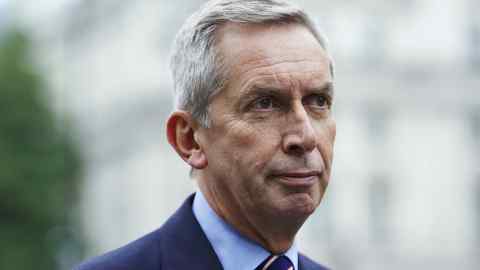 However, Harrison said the short, sharp bout of losses for growth has not yet erased the outperformance of these strategies in recent years. “The amount of ground that they lost was not so much that it overwhelmed their previous long-term performance,” he said.

Some strategists argue that the importance of growth vs value factors is exaggerated compared with the merits of individual companies. “​​A market rotation from growth stocks into value stocks won’t prevent businesses from getting disrupted,” said Chris Rossbach, chief investment officer at J Stern and Co.

The study of wealth management returns found they mirrored the fortunes of other money managers. Several of the most popular investment vehicles among UK savers have been hit hard. Fundsmith, the flagship fund run by Terry Smith, has seen its returns slip 17 per cent since January, according to Morningstar. In the same period, shares in the Scottish Mortgage Investment Trust have dropped 42 per cent.

Still, the two vehicles remain the most-bought fund and investment trusts by retail investors, according to data from investment platform Interactive Investor. Both managers have delivered healthy returns to investors over several years and have urged their investors to focus on their long-term record.

Among wealth managers, Harrison said a big sell-off would usually prompt a shakeout in performance as different managers’ fortunes diverged. This year, however, a large chunk of the industry has suffered together. “It turns out they were all pointing in the same direction,” he said.

“There has been 10 years where the investment story that has worked has been basically the same.” Harrison argued the market shake-up could be a long-term phenomenon and urged wealth management clients to ask their strategist “what they are doing to respond to this change in economic and geopolitical environment”.

Rossbach, however, said the change of preferences could be shortlived. “The rotation started in January and is ongoing, but I expect it to reverse out again as company fundamentals come through and inflation comes down — because we will not have 8 per cent headline inflation forever.”