The Fed should stop treating all money the same

As a cash pile mounts in the financial system, the central bank’s interest rate policy is working less well than it used to
Brendan Greeley 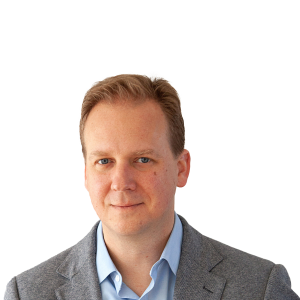 The writer is an FT contributing editor

Every afternoon at 12.45pm, the Federal Reserve does something that seems a little odd but has a perfectly rational purpose.

It takes some of the $5.2tn in Treasuries it holds on its balance sheet, transfers ownership of some of them to money market funds and commercial banks, then credits itself with cash, in the same amount. The next day, the Fed reverses the transaction: it buys the Treasuries back. But this time the Fed loses a little money. It buys high, then sells low. On purpose.

The banks and the money market funds participate because they have a lot of cash and they don’t have any better ideas of what to do with it. The Fed offers them this small profit as a kind of interest rate; the so-called reverse repo transaction sets a floor on interest in the money market.

Again: all perfectly rational. But over the past year, the daily volume of reverse repo has grown, from zero to $900bn. That is a lot of extra cash. In theory, that should give lenders the confidence to lower their own rates and make loans more attractive.

That’s the way central bankers prefer to do their jobs — buy or sell one set of assets, drag one key interest rate into the right place, set expectations and hope all the other interest rates will line up and follow. That’s happening now for some kinds of debt, in particular mortgages and corporate bonds. But it’s not working as well as it used to, for all interest rates. The reasons are unclear. It may not be the Fed’s fault. But it is the Fed’s problem.

Policymakers often quote from the Federal Reserve Act’s paragraph on monetary policy: the Fed’s mandates are full employment and stable prices. But that’s actually only the second half of the mandate. The paragraph begins with instructions on how the Fed should reach those goals: the bank “shall maintain long run growth of the monetary and credit aggregates commensurate with the economy’s long run potential to increase production”.

That clause is a mouthful, and policymakers tend to treat it like an archaic law, as if Congress had given the Fed instructions on when to graze their sheep on a public green. But it’s also a “shall”, a legal way of saying the Fed has to do it. The clause instructs the Fed to make sure that different kinds of new dollars get manufactured at a steady rate, in a way that puts them to productive use. That’s not an incidental thing. It’s what the Fed does.

But aggregates are hard to calculate, because every day some genius figures out a new way to make a loan. So in the 1980s and 1990s, the central banking community gave up on aggregates. The Fed does not target the total supply of dollars because you can’t aim at something you can’t see. Instead, like most central banks, it relies on a single interest rate and a massive assumption: if it can move that one interest rate up or down, all the other interest rates will follow.

Policymakers refer to this assumption as transmission. But transmission is not working equally well for all kinds of dollars. Interest rates on mortgages and corporate bonds still largely move in cycles around the Fed path. But rates on car loans started to diverge during the pandemic. Interest rates on credit card balances have been climbing steadily since 2011. The bank loans that small businesses use are not growing at the same rate as corporate bonds for larger companies.

When the Fed buys Treasuries, it creates just one kind of dollar: a reserve, a kind of deposit that commercial banks can hold. But reserves behave in completely different ways from the dollars that a commercial bank creates for a credit card balance, for example. Or for a car loan.

The Fed and most other central banks think about all these kinds of dollars. But they are uncomfortable with being in charge of them. They do not allocate credit, they will say — that’s for markets to decide. But the Fed is already allocating credit, whether it wants to or not. It has pushed so many reserve dollars out in the world that banks don’t know what to do with them. Is that increasing productive capacity, as the Fed mandate directs? Meanwhile, interest rates on credit card balances continue to climb. Short-term dollar liquidity is cheaper for banks, but more expensive for humans.

When the Fed meets, as it will this week, we should of course ask them about the gas pedal: will they ease off? But the crankshaft on that engine has to connect to something. It has to generate productive new dollars in every part of the real economy. It’s time to think about all those different kinds of dollars. The transmission between the crank and the wheels is monetary policy. It’s right there in the mandate.