Spanish and Portuguese firms are pushing ahead in professionalising their management

When Hugo Ecija set up his law firm in Spain in 1997, the challenge was to break into a well-established legal market.

At first, he focused on technology and media clients. But over time he found demand for the firm’s tech, media and intellectual property expertise growing in other big sectors including banking and pharma.

Then, in a rare move for a law firm anywhere in the world, Ecija sold 20 per cent of its shares to a venture capital fund in 2010. The financial injection fuelled its expansion in Latin America where it now has offices in 14 countries.

A strategy which prioritises modernisation and growth has helped propel Ecija to the top of this year’s list of the most innovative European law firms outside the UK. Law firms from Spain and Portugal dominate the list, taking eight of the top 10 places by this measure. Iberian lawyers have acted on groundbreaking legal matters. But just as importantly, their firms are making new investments to modernise and professionalise as businesses.

“The introduction of international players from the UK and US has pushed the Spanish market to be more professional, more sophisticated and more digital,” says Alejandro Touriño, managing partner at Ecija. After its rapid growth in Latin America, the firm is now investing in technology to connect its offices and people. A single platform called the 360º Digital Bridge gives 900 professionals in 31 offices a single access point to all the firm’s tech and data systems to co-ordinate work and share information.

Spain’s three largest law firms Garrigues, Cuatrecasas and Uría Menéndez are among the largest in continental Europe by revenues. They too have grown and changed dramatically in a much shorter time than their UK or US peers.

“When I joined Uría Menéndez in 1983, I was lawyer number 15 and Garrigues had no more than 50 lawyers,” says senior partner Luis de Carlos. The Spanish economy has grown considerably over that period but de Carlos points to three important additional factors in its expansion: adoption of technology, diversity and internationalisation.

The largest Spanish law firms have all expanded in Portugal and taken advantage of linguistic and cultural ties to establish offices and alliances in faster-growing Latin American countries.

The proportion of female lawyers at the top firms has increased although we are yet to see a major Spanish law firm led by a woman.

Cuatrecasas particularly stands out for its digital advances. It wins this year’s award for innovation using data and its digital score in the index matches leading UK and US law firms.

An important shift at many European law firms has been the professionalisation of their management. Firms have started to hire business professionals without legal qualifications from outside the industry.

While chief technology, marketing, or human resource officers are commonplace at UK law firms, these positions are still relatively new in much of the rest of Europe. Traditionally, business functions have been run by administrative staff under the direction of legally trained partners.

Portuguese law firm PLMJ was one of the first to overhaul its management team. Managing partner Bruno Ferreira says that a few years ago “top law firms in Spain and Portugal were able to give legal advice of the standard and quality of firms in more sophisticated markets — but their organisations were lagging behind”.

PLMJ recently hired management consultancy McKinsey to revamp progression and pay models at the firm and replaced most of its management team with business professionals from outside.

With similar modernising intent, Ecija hired a chief happiness officer. Tourino says: “A traditional HR officer doesn’t work for us. For a law firm, it was a hard change to understand, but now we don’t just have a happiness officer, but a whole happiness team.” 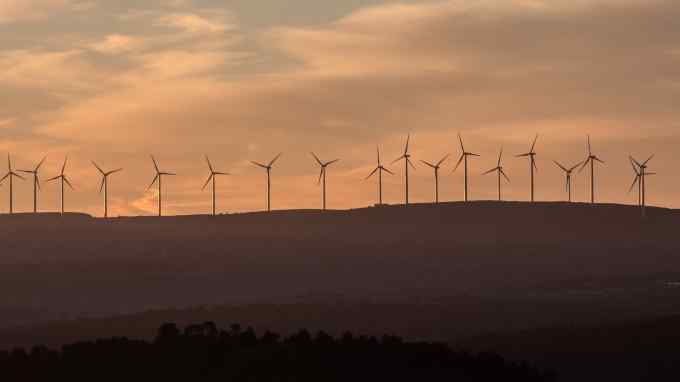