Globalisation and national resilience can coexist despite Covid-19

Disease spreads along trade routes, but so do the knowledge and resources to beat them
Martin Sandbu

The Covid-19 pandemic has strengthened the hand of those who have long opposed economic openness between countries. When a virus emerging from a food market in one part of the world can in virtually no time cause warlike disruption to societies everywhere, the argument that we must cut back on globalisation for the sake of national resilience is tempting. But it is wrong and must be resisted, or it will lead us astray as we set policy when coming out of the crisis.

On the face of it, all our current vulnerabilities seem rooted in globalisation: disease transmission, economic interdependence and medical procurement all criss-cross the world. But the supposed choice between national resilience and economic openness is a false one.

It is obviously true that with more contact, trade and travel between people across national borders, there are more opportunities for micro-organisms to spread. It was always thus: the Black Death travelled on ship rats; diseases from smallpox to the common cold travelled from the Old to the New World as soon as Christopher Columbus did.

But if diseases spread along our trade routes, so do the knowledge and resources that can beat them back. Within weeks of the new coronavirus’s emergence, Chinese scientists had sequenced its genome and shared their knowledge with the entire world. That was made possible by our unprecedented degree of globalisation of technology, knowledge and communication, which in turn had piggybacked on expanding economic exchange.

Some argue that we have become too interdependent, relying on China for our medical equipment and being left helpless when supply chains break down. To be sure, national resilience against an epidemic (and other calamities such as war) requires a country to have secure access to essential goods.

But, as Switzerland illustrates with its huge reserves, there is nothing to stop us building up collective stockpiles of necessities, be it foodstuff, medicines or medical equipment. The obstacle is a different one: politicians’ unwillingness to pay the price to store products that may never be used and to keep depots well stocked.

Yet, because they allow much greater scale, that price is if anything lower with globalised supply chains, not higher.

Nor does globalisation prevent governments from requiring a degree of resilience from private businesses. Since the 2008 financial crisis, new rules have forced banks to keep “stockpiles” of liquid assets in the case of runs on their liabilities. Companies in key sectors could similarly be required to keep depots of essential goods (in the UK, this happened willy-nilly in the run-up to an unpredictable Brexit).

Such requirements would not be “anti-globalisation”, for just-in-time production and cross-border supply chains are two distinct (if often coexistent) business techniques. Again, the latter make the former more affordable.

Globalised supply chains do not entail unique suppliers in each link of the chain. As car manufacturers realised after the Fukushima earthquake in 2011, it is possible — indeed prudent — to diversify the sourcing of parts, inputs and components among multiple suppliers in many countries, so as to have fallbacks if one country is hit.

Some economic nationalists go further and want to ensure a domestic capacity to produce what is needed, rather than just stockpiling imports. But for most countries, being self-sufficient for every eventuality is prohibitively expensive. Rather than producing a full line of everything from food and fuel to medical textiles to respirators at home, the best bet for states is to group together with trustworthy partner countries, in the expectation that whatever is produced in the larger bloc will always be accessible to all members.

This is, of course, the idea behind the EU. It bears noting that the (mercifully short) lapse in the free flow of medical equipment between EU countries amounted to a lack of trade liberalisation, not a surfeit of it.

The largest economies could conceivably get away with a greater degree of autarky. But look closely, and it is remarkable how fast domestic manufacturers in the US — where hoodie factories are switching to making face masks — the UK, Germany and elsewhere have been rapidly retooling factories to produce what is needed in the crisis.

So if manufacturing can be turned around within weeks even in countries with poor government planning, the supposed lack of essential productive capacity is a chimera.

The Covid-19 pandemic clearly caught most countries unprepared. But it is by harnessing globalisation more intelligently, not by turning their backs on it, that they will boost their national resilience. 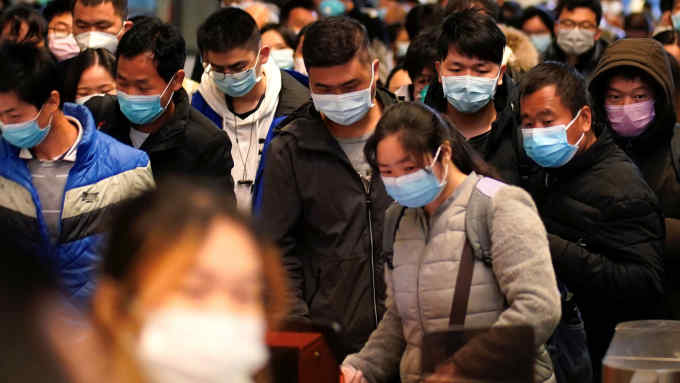 As political leaders around the world press ‘pause’ on their national economies, the economic fallout from the coronavirus pandemic could jeopardise the ability of the poorest countries to ‘resume’. Here’s the best of this week’s opinion and analysis