For advisers asked to preserve capital for generations, a widening negative real return on cash is damaging

At the family offices of Europe’s wealthy dynasties, staff are used to negotiating art repository fees, wine-cellaring charges and furniture warehousing costs. But just over a year ago, they faced a storage bill they had never encountered before: Swiss bank UBS asked them to pay it to hold their cash.

At a negative interest rate of 0.75 per cent on deposits of more than SFr2m ($2.2m), that is 15 times more expensive than renting the two square metres it would take to store SFr2m in banknotes in a fireproof repository, humidity-controlled cellar or strongroom.

Charging Swiss-based clients for Swiss franc cash deposits was the only way UBS’s Swiss operation could offset the impact of negative interest rates introduced by its central bank.

With other Swiss banks taking similar steps, this is becoming a problem for more and more wealth managers. 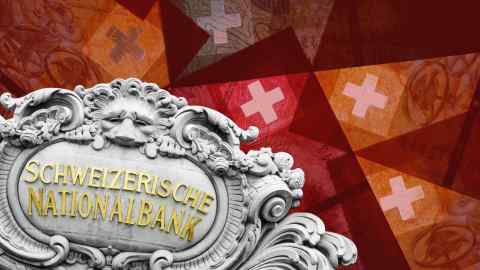 Last month, UBS said clients outside Switzerland would pay higher charges for wealth management if they did not hold many assets beyond cash, as the burden of negative rates continued to weigh on the bank.

Commercial banks elsewhere face the same pressures. “The European Central Bank, Swiss National Bank and Bank of Japan have been using negative interest rate policies for a number of years,” notes Stéphane Monier, chief investment officer at Lombard Odier. “The [US] Federal Reserve and Bank of England have been more reluctant, but we could see some change, with negative rates becoming an option for both.”

It is a prospect UK-based multifamily office Sandaire takes seriously. Its chief investment officer, StJohn Gardner, believes that zero or negative yields on cash could become a reality. “Currently, cash lingering in bank accounts is generating precious little if anything in terms of interest. Even this is threatened, with recent statements by both the governor of the Bank of England and his deputy indicating that negative interest rates had not been ruled out,” he says.

Worse, argues Gardner, the possible impending pick-up in inflation will mean the real cost of negative rates could increase over time, assuming central banks keep their interest rates low. Modern monetary policy is likely be adopted “to inflate away the real value of the vast government borrowings. To do this, inflation must rise at a higher rate than government borrowing rises, which means holding interest rates lower than inflation,” he says. 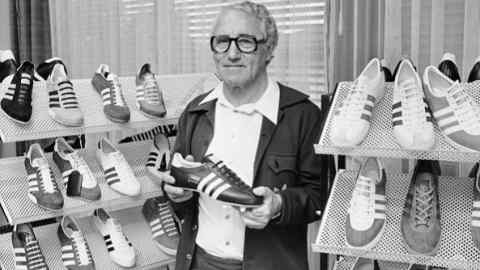 Katie Nixon, chief investment officer at Northern Trust Wealth Management, which provides asset management services to affluent families, says low rates may persist “for even longer” than previously estimated, given the US central bank’s commitment to a zero-interest rate policy until inflation reaches an average of 2 per cent.

For investment managers with the task of preserving families’ capital for generations, such a widening negative real return soon becomes damaging. Rothschild & Co’s wealth management arm reminds clients that while Albert Einstein described compound interest as the “eighth wonder of the world”, its effect works both ways. Losing just 1-2 per cent a year on cash in real terms “compounds significantly on the downside”, the wealth manager warns.

For families holding more cash than usual, this impact is proportionately worse. Hassium Asset Management, a UK-based wealth manager, recommends that the cash portion of a portfolio typically be no more than 5 per cent. But it notes that many investors currently have much higher levels than this, as they have been waiting for equity markets to fall before deploying funds.

But the sight of shares performing strongly since the spring has, for some investors, increased the pressure to invest in equities right now. “Investors may feel they have no alternative for their cash than to invest in higher-risk assets in order to make some form of return,” worries Gardner, “and they may not be factoring in the potential risks that go with it.”

Compared with cash, those risks are obvious, but the higher returns simply are not, warns Kevin Gardiner, global investment strategist at Rothschild wealth management. “Higher returns come at the expense of extra risk and/or less liquidity,” he argues.

Hassium chief executive Yogi Dewan agrees. “We would not allocate to higher-yielding assets as the risk reward is skewed to the downside,” he says. “Investors are not rewarded for credit risk and liquidity risk if markets sell off.”

That leaves more cautious family offices with two options. First, move zero-yielding cash into assets that present not much more risk but do offer a little more reward.

For Monier, that means the large-cap corporate bonds currently being bought up by various countries’ economic stimulus schemes. “We believe that short-duration investment-grade bonds are the natural alternative, as the asset class is backed by central banks’ asset purchase programmes in most countries,” he says.

Government bonds with a built-in inflation link are the preference of Sandaire’s Gardner, specifically UK index-linked gilts and US Treasury inflation-protected securities, with a currency hedge to avoid foreign exchange losses. He is also willing to consider the potentially inflation-beating yields from in-demand commercial property such as logistics hubs and distribution centres, government-contracted infrastructure projects, and precious metals. Gardiner at Rothschild is sceptical of gold and silver, though, because even after recent price increases neither metal has regained its 1980s price level in real terms.

For Dewan, that means remembering it is a volatility dampener for multi-asset portfolios — particularly useful when both equities and bonds are historically very expensive.

Assets serve a purpose, and the purpose for cash has never been clearer

For Nixon, however, that means regarding cash simply as a way of funding immediate needs without resorting to a fire sale of other assets. “Core to our investment philosophy is that ‘assets serve a purpose’, and the purpose for cash has never been clearer,” she says. “It is needed to provide liquidity necessary to fund near-term, high-value goals. This might include lifestyle spending, making a planned purchase, or providing financial support to a loved one, for example.”

Viewed in this light, suggests Sandaire’s Gardner, cash played a positive role in the first quarter of 2020 by enabling family offices to take a long-term view and not sell their equity holdings into volatile markets. Nixon believes, therefore, that a cash allocation will be needed whatever the cost, and the wealth manager’s decision is merely “how much?”.

Lombard Odier currently recommends 2.5-4.5 per cent of a portfolio’s value. Hassium says 5 per cent is its benchmark allocation, though it is running closer to 10 per cent right now. Rothschild also allocates a percentage of its clients’ “nest egg” portfolios to cash, but this varies according to their risk profile and the market outlook. 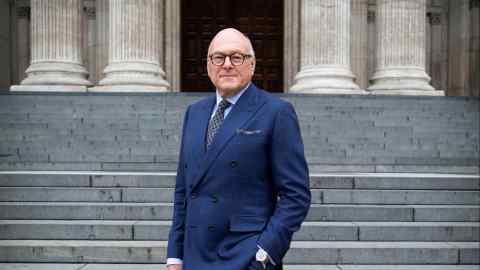 At Sandaire the cash level in an income portfolio is whatever sum is required to cover six months of regular withdrawals, with separate cash reserves to cover known future liabilities, such as school fees, buying new cars and “that scheduled yacht refit”.

Northern Trust does not specify a level but says the cash allocation in its global tactical asset allocation model has risen from “underweight” to “neutral”.

For Gardiner at Rothschild, there is one further positive way to think about sitting on cash: what it will enable you to do in future. “Cash still has a valid role to play,” he says, “as both a short-term store of value and a repository of opportunity.”

That is a repository still worth paying a price for, even if it doesn’t come with a high-tech sprinkler system.

Get alerts on Wealth management when a new story is published