Disclosures from cryptocurrency provider Tether suggest it has become one of the world’s largest investors in the US commercial paper market, rubbing shoulders with the likes of fund managers Vanguard and BlackRock and dwarfing the investments of tech giants like Google and Apple, according to estimates from JPMorgan.

Tether operates a so-called stablecoin, which it says is backed one-for-one by dollar assets. In May, it provided a breakdown of these reserves, which Tether claims included just under $30bn in commercial paper, a short-dated investment similar to cash. Such holdings of companies’ short-term debt would make it the seventh largest in the world.

But this reported accumulation has largely gone unnoticed on Wall Street, according to several of the biggest players in the market including bank traders, analysts and money market funds.

“We’ve got lots of inquiries and heard lots of discussion, but have not seen any active participation,” said Deborah Cunningham at Federated Hermes.

“Until last week we hadn’t really heard of them,” said a trader at a large bank. “It was news to us.”

JPMorgan’s analysts said the large commercial paper holdings may suggest that Tether is struggling to find a bank willing to take its cash as a deposit. The US Office of the Comptroller of the Currency has released guidance saying that banks can take deposits from stablecoin issuers only if the coins are fully backed by reserves.

However, as Tether’s reserve holdings have been questioned by regulators such as the New York attorney-general in the past, providing banking services to Tether will “likely raise reputational risk concerns”, wrote the JPMorgan analysts.

But Stuart Hoegner, Tether’s general counsel, said: “With respect to reputation, we believe we are seeing the opposite: more and more counterparties are comfortable with Tether and our transparency initiatives and are keen to work with us.”

“Tether has amply demonstrated, most recently through assurance opinions from [auditor] Moore Cayman, that all issued tethers are, in fact, fully reserved,” he added.

Tether said that it funnelled roughly half its reserves into commercial paper. Another 18 per cent is held in fiduciary deposits, more than 12 per cent in secured loans and nearly 10 per cent in corporate bonds, funds and precious metals. Cash made up only 2.9 per cent, according to the company’s disclosure.

In a blog post a few days after its reserves report was released, Hoegner said the commercial paper that the company held was purchased through “recognised issuance programmes”, the “vast majority” highly rated, and that there were limits on individual issuers and regional exposures. He also said that Tether did not hold any commercial paper issued by cryptocurrency exchanges or affiliated entities.

The $1.1tn commercial paper market is vital for large companies looking to raise cash for short-term needs such as payroll and inventories. Last March, the Federal Reserve stepped in to buy commercial paper as the pandemic led money market funds, one of the biggest buyers, to pull back.

Tether has become one of the most important components of the cryptocurrency ecosystem, with more than 35bn tethers printed so far this year, more than double its supply in January. It is now the third-largest cryptocurrency by market capitalisation, according to CoinMarketCap, making up the bulk of stablecoin volume.

LexStablecoins
Stablecoins: bitcoin for squares has its own downsides Premium content 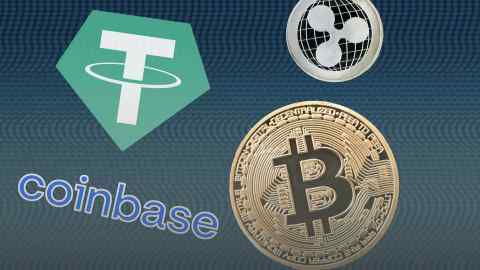 Tether had stated since its launch in 2014 that its tokens were fully backed by US dollars in bank accounts, before pivoting in February 2019 to say that its reserves included traditional currency, cash equivalents and other assets and receivables.

In February, the operator and the related trading platform Bitfinex pledged to offer more transparency on its reserves under the terms of an $18.5m settlement with the New York attorney-general’s office, leading to the most recent disclosures last month.

According to the attorney-general’s investigation, there were instances when Tether was not fully backed in the past. In November 2018, it had to transfer a substantial portion of its backing to Bitfinex after a loss of funds, meaning that it no longer met its claim of being fully backed by US dollars. This was later repaid by Bitfinex.

“Tether’s claims that its virtual currency was fully backed by US dollars at all times was a lie,” said attorney-general Letitia James in February.

Neither Tether nor Bitfinex admitted wrongdoing.

The New York attorney-general’s office declined to comment on whether Tether’s disclosure, which came in the form of a single-page PDF, was sufficient to meet its requirement on reporting as part of February’s settlement.

“Tethers are today, and have always been, fully backed by assets sufficient to cover the amount of tethers in circulation,” Hoegner said of its latest disclosure. He said that the New York attorney-general had no clear findings that customers at any point were at risk of being unable to redeem tethers because of a lack of backing.

“We believe that our disclosures thus far prove that all tethers are fully backed with very useful disclosures about the nature of that backing,” he added.

Video: Why every Dogecoin has its day - crypto explained