The risks of China’s African lending 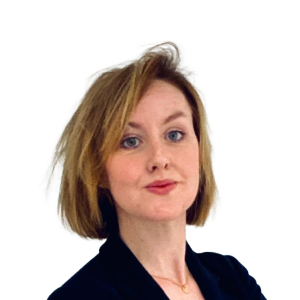 The riddle of why some nations are wealthier than others is one that economists have struggled with since the dawn of the dismal science. One factor is access to capital.

If one country cannot finance the building of infrastructure, then how can it hope to prosper from trade? In the case of poorer areas in Africa and elsewhere, the answer is often to seek support from foreign governments including China.

The Belt and Road Initiative, coupled with loans from Beijing’s development banks, mean China has usurped western nations as the continent’s biggest government creditor. Research from Stephany Griffith-Jones of Columbia University and Marco Carreras of the University of Sussex shows China accounts for 13 per cent of all bilateral lending since 2015. The next biggest creditor, the US, holds just 4 per cent.

Some western economists have voiced fears about the nature of Chinese lending practices. Up until recently, the terms were — like those of bilateral government loans in general — shrouded in secrecy. But a fascinating research collaboration from the Peterson Institute for International Economics, the Kiel Institute for the World Economy, AidData and the Center for Global Development reveals a great deal about how China lends to African countries.

Chinese lending has benefits. “It does put more pressure on the US and the Europeans to extend more credit,” said Griffith-Jones. “And the duration of the loans it offers are not usually short term, which removes some of the risk from the borrower.”

While Beijing does not participate in the Paris Club, used by western governments to negotiate sovereign debt relief, Chinese creditors have restructured loans in the past and appear prepared to renegotiate arrangements and allow borrowers to defer payments. And with western governments having pulled back, for some countries there are few other options bar the Chinese.

A decade of rock-bottom interest rates has triggered a global search for yield that has enabled everything from the creation of meme stocks to the crypto craze. Yet it has failed to get private capital flowing into parts of the world that are the poorest.

The stock of multilateral loans from the World Bank and the African Development Bank has risen, but at an insufficient pace. Right now African countries may be more concerned about Beijing’s desire to rein in foreign investment than the terms on which it extends support.

Yet there are grounds for concern about just how much sway China has over its debtors — a situation that’s especially problematic during a pandemic that’s hit some of the world’s poorest nations hardest.

One particular threat the paper highlights is that, in order to service the debt, gains reaped from the sale of commodities by the debtor nation can be held in bank accounts controlled by the creditor. This risks a scenario where African debtors lose control over their revenues.

“The fact that the revenue account has first dibs on the money, coupled with the confidentiality of these contracts, is likely to lead other creditors to suspect the worst and ask for exactly the same thing,” said Anna Gelpern, a fellow of the Peterson Institute and co-author of the paper. “If every creditor wants collateral, the debtor’s asset stock could be dismembered long before it becomes distressed.”

Tellingly, when Zambia became the first African country during the pandemic to default on its sovereign debt obligations after it missed a payment on a eurobond in November 2020, creditors wanted more information on the nation’s obligations to the Chinese. Zambia is unlikely to be the last African nation to run into trouble. The IMF has highlighted the high risk of default in many poorer countries, with its managing director Kristalina Georgieva calling for all creditors — including from China — to work together on debt relief.

Solving the riddle and narrowing the gap between rich and poor nations will require more than that still. Collective action and transparency will be needed not only in providing relief, but in extending credit.

“Lending to poor economies is very high risk, they may need to pledge assets,” said Gelpern, who is also a professor at Georgetown Law. “But creditors need to figure out how they can do it in a co-ordinated fashion, so we don’t tie up all the resources of the countries in question before they’ve had a chance to get on their feet.”