Jewels and watches mix with contemporary artworks in fairs and auctions

London’s Frieze Art Fair always attracts the great and the good of the gallery world, but this year’s event is also firmly marked in the diary of jeweller Cindy Chao. On 11 October, her bespoke Aquatic Coral earrings will be auctioned at the Art of Wishes charity gala, the proceeds of which will go to Make-A-Wish — the charity that helps fulfil the wishes of children with a critical illness.

Chao’s jewellery will share the auction block with work from contemporary artists including Jenny Saville, known for her paintings of nude women, and Kaws, the American graffiti artist. The earrings will be the only jewellery in the live auction.

The inclusion of Chao in the event, to be held at the Natural History Museum, highlights the trend for cross-collecting in the two cultural spheres — where jewellery appeals to art collectors and vice versa.

Batia Ofer, the London billionaire art collector and founder of the Art of Wishes, believes that contemporary art and jewellery “definitely exist side by side”. Ofer says that, unlike traditional buyers, she does not buy jewellery because of the value of the stones. “I look at the craftsmanship, what inspired the jeweller and how they carried out the combination of materials and colours,” she says. “There’s so much creativity that goes into the process.”

The earrings created for the charity by Chao, whose Shanghai business employs 12 people, reflect that. Set in a medley of sapphires, emeralds and diamonds, they were inspired by a painting by Mark Rothko that is owned by Ofer. “It makes the story more meaningful,” Chao says. “The collaborative journey has very much been a conversation through art.”

Despite never having met in person, Chao and Ofer have mutual friends, most of whom are art collectors. “A common thread with my clients, in addition to being successful in their own businesses, is that they have a strong artistic aesthetic in terms of collecting — whether painting, sculpture, wine,” says Chao. “It’s a very sophisticated level.”

Chao’s earrings have an estimated sale price of £160,000 to £220,000, but the link between jewellery and art is not found only with big-ticket items.

Since 2020, Phillips Asia has hosted a series of cross-category online sales called Intersect, where contemporary art, watches and jewellery are sold at a single auction.

The lots are priced lower than in a live auction and many of the artworks are edition prints — with pieces by Kaws, Banksy and Yayoi Kusama particularly popular. September’s Intersect brought in more than HK$30.7m ($3.94m), exceeding March’s Intersect sale by 46 per cent, with all lots sold. Sixty per cent of the buyers were from Asia with just over 40 per cent aged below 40. Half of buyers were new to Phillips.

The success of Intersect, says Graeme Thompson, worldwide head of jewellery at Phillips, reflects changing tastes, especially in Asia where jewellery is viewed as a luxury lifestyle offering that is informed by contemporary art and design (at Phillips, half of jewellery buyers globally buy in its other categories, which predominantly have a contemporary focus). 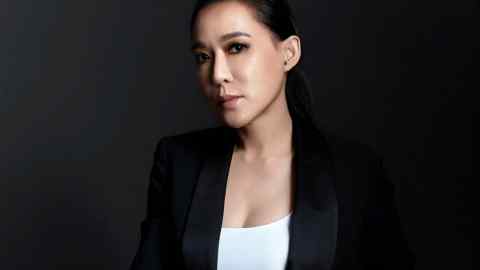 Buyers in Asia increasingly make their money in the tech, finance and cryptocurrency sectors, notes Thompson, and have cash to spend on luxury goods. These assets are seen as “a store of wealth and definitely something they get enjoyment from,” he says. “They’re a talking point and tell a story. You can show them off to friends. That’s particularly relevant to buyers of luxury assets today.”

The jewels in Intersect reflect the art. “It’s a little bit colourful — which resonates a lot with our buyers, particularly art buyers — and, more importantly, the jewellery is easy to wear,” Thompson adds. “It doesn’t need to be black tie, chandelier-type jewellery. It can be for a smart restaurant for lunch, looking great and having a fantastic piece of jewellery to accompany an outfit.”

Sotheby’s also credits the Asian market with leading the way in cross-collecting, which was the result of an accident of logistics. Sotheby’s Hong Kong groups its sale categories into two seasons, whereas Europe and the US have discrete departments, often with their own separate auction calendars. But the Hong Kong auction house found that mixing the likes of Chinese ink painting and contemporary art with jewellery worked surprisingly well.

“People thought it was so much fun,” says Patti Wong, chair of Sotheby’s Asia. “Collecting today has to be fun. It cannot just be, ‘let’s read tons of books and go really deep and attend every single museum show.’” Sotheby’s has since extended its offering “for collecting horizontally rather than just for depth”, says Wong. “It’s more of an experience — we try to make collecting much more part of lifestyle, with an enjoyment for learning about other categories all the time, and discovering new things.”

This openness works both ways. In May, Sotheby’s became the first big auction house to accept payment by cryptocurrency for a work of art (Banksy’s Love is in the Air), which inspired Wong to extend the payment method to purchases of diamonds. In July, a 101.38ct diamond was bought in this way for HK$95.1m — the highest price for any jewellery or gemstone purchased with cryptocurrency. The buyer, notes Wong, was not thought to have bought jewellery at auction before.

Contemporary developments are reflected in cross-collecting sales. The Art of Wishes auction will feature a non-fungible token for the first time; while many lots were chosen to highlight social issues. Ofer says that Rashid Johnson’s Untitled Anxious Red recalls last year’s protests over George Floyd’s murder, while Chao’s inclusion is important as it helps to raise awareness of the stigma that some people attached to Asians after the emergence of Covid.