Accept & continue
Manage cookies
Wish I were there...
See all 16 stories
Travel

Wish I were there: the glory of California’s redwoods

Two months ago, one of the wildfires that caused such devastation on America’s west coast swept through the Big Basin Redwoods state park in the Santa Cruz mountains, California’s oldest state park.

Established in 1902, the 18,000-acre reserve is home to the largest continuous stand south of San Francisco of mighty old-growth coast redwoods that are the tallest living trees on Earth. These astonishing plants, which can soar more than 300 feet, are remnants of towering ancient forests that once reached for hundreds of miles along the misty Californian coast from Big Sur, north to Oregon. August’s fire destroyed the old Big Basin park headquarters and lodge, its museum and camp grounds. The forest itself suffered badly, and there was also damage to old-growth stands in 10 other California parks. But within days, state park authorities reported that two of its biggest trees, known as the mother and father of the forest, remained “generally healthy”.

“The redwood trees and the redwood forest itself have been co-existing with fire for thousands of years,” Sam Hodder, head of the Save the Redwoods League, tells reporters in a video taken on a tour of the stricken park in September. “We’re confident that, despite the heartbreaking damage to the infrastructure, the forest will thrive.”

That will be of little consolation to those whose lives have been ruined by this year’s wildfires. But it is at least a glimmer of hope for the preservation of one of the wonders of the natural world that long teetered on the brink of extinction. Less than 5 per cent of the original coast redwood forests still exist, the rest chopped down, sawn up and dragged away by the logging industry in the 19th and 20th centuries. That anything remains is in large part thanks to the Save the Redwoods League, established in 1918 to buy up portions of old-growth forest before it all fell, literally, to the loggers.

The experience of hiking through these redwoods in the state and national parks that preserve and restore the forests is otherworldly. The sepulchral tranquillity of the vast, ancient trees, some 2,000 years old, is unlike any woodland I’ve ever walked in. You can’t help but be mesmerised.

Our introduction to the redwoods occurred back to front, if not quite accidentally. Visiting Palo Alto in March 2018, my wife and I had the obvious destinations on our bucket list: San Francisco, Big Sur, possibly Yosemite. We wanted to see some big trees, but it wasn’t a priority. I was, instead, harbouring a longstanding obsession with visiting Mendocino, a small town perched on a spectacular headland about 170 miles north of San Francisco, which Kate and Anna McGarrigle sang about beguilingly in the 1970s.

Mendocino did not disappoint. It is a quaint settlement of less than 1,000 people that has preserved its 19th- and early-20th-century streetscape and buildings and has spectacular views of the ocean. With a gentle, post-hippy vibe, it bans chain stores and curbs development. We also quickly learnt that it started life as a logging town in the 1850s. The clues were hard to miss: the beach where the Big River meets the ocean on the south side of the town is strewn with huge tree trunks; up on the cliffs stand the remains of the elaborate system of pulleys and chutes used to load timber on to ships off the headland.

A hike along the forest trails inland from the town revealed more, melancholy, evidence. There are virtually no old-growth trees remaining, only the huge dark stumps of redwoods that were felled a hundred years ago and more. On some you can still see cuts in the trunk where loggers slotted in boards on which to stand as they sawed down the great trees. We took a canoe trip up the Big River, passing the remains of docks and dams where the logs were dragged before being floated down to the sea.

The visitor centre in Mendocino has a great display on the history of the logging industry. It kicked off in the 1850s amid the Gold Rush, which in turn sparked huge demand for timber, especially from the explosive growth of San Francisco. One redwood tree could supply enough lumber to build 20 houses or more. At first, the loggers left the great redwoods alone as they were too big to handle. But as felling technology advanced and rail systems were driven into the woods, the ancient trees came tumbling down in their thousands.

Our interest now thoroughly caught, but our time running out, we made our first visit to an old-growth redwood grove on the trip back to San Francisco. Hendy Woods State Park, just off highway 128 south east of Mendocino, is relatively small, with just 100 acres of ancient trees.

We arrived in the rain. As we walked along the trails, our eyes widened and our heads tipped back to follow the trunks of the trees up, up into the canopy high above. It is hard to convey the sheer size and majesty of these titans. The tallest have been measured at up to 380 feet — that’s more than 35 storeys. Most trees in the Amazon rainforest don’t grow more than half that height. The diameter at chest height can be more than 12 feet. When you are walking among them, the monumental scale and stillness evokes the atmosphere of a vast cathedral. As we completed the relatively short Hendy trails, the sun came out, filtering through the distant canopy and catching the raindrops falling through the trees. We were hooked.

Although the Save the Redwoods League and other organisations have fought for more than 100 years to save the redwoods — the National Redwood Park was established in 1968 — a full understanding of their ecosystem has only been reached in the past 40 years. In his 2007 book The Wild Trees, Richard Preston describes in colourful detail how a small band of fearless botanists and amateur naturalists searched out and scaled the tallest redwoods to record their sheer size and, crucially, understand the ecology of their lofty canopies, using elaborate “skywalking” rope-climbing techniques to traverse the tops of the trees.

“The coast redwood tree seems to be the largest and tallest individual living organism that has appeared in nature since the beginning of life on the planet,” Preston asserts.

The coast redwood, sequoia sempervirens, is distinct from the giant redwood, sequoiadendron giganteum, which grows in the Sierra Nevada mountains. Giant redwoods have been recorded with greater mass than coast redwoods, but the latter reach greater heights. The tree currently credited as the world’s tallest is called Hyperion and stands in the Redwood National and State Parks, north of the port of Eureka.

Discovered only in 2006, it rises to 380 feet. Park authorities have tried to keep the locations of some of the tallest trees a secret for fear of crowd damage but are increasingly thwarted in the age of mass geo-location devices. From the forest floor it is impossible to tell which trees are the tallest without a guide. When we hiked down on our last visit to the Tall Trees grove close to where Hyperion stands, the drenching rain defied any consultation of map or phone. We were content to stick to the marked trail and gaze up at giant after giant.

Many of the tallest coast redwoods are to be found in the Humboldt Redwoods State Park, famous for its 32-mile Avenue of the Giants drive and the Shrine Drive Thru tree. Sitting in the car is surely the worst way to view these forests and drive-throughs are disappearing as they are now recognised as an abuse of the trees.

When we returned to the redwoods in May last year, we made for Humboldt’s Bull Creek trail, an 8-mile round-trip walk through what is said to be the biggest stand of old-growth redwoods anywhere. It was the first of four days in the woods, spent first in Humboldt and then in the Redwood Parks, both mercifully spared so far by this year’s fires.

The character of the groves varies from park to park. In Humboldt, the forest floor along the creek side was emerald with sorrel, dotted with pink flowers. There were wild rhododendrons, lupins, cotoneaster, laurel, oak, poison oak, ferns and young redwoods.

In the Redwood Parks, where we followed the James Irvine trail leading from the visitor centre to the ocean, the undergrowth is more dense than in Humboldt, with the great trees growing from steep valley sides. Some grow singly, their mostly bare trunks climbing upwards from the forest floor like vast pillars; others grow in pairs, sometimes fused at the bottom and even higher up in “bridges” between their trunks. The wood floors are a mass of lichens, white, pink and purple trilliums, sorrel, thimble berries, solomon’s seal, stinky skunk cabbage, rhododendrons, irises — and more ferns. Over the four days, we saw elk, squirrels, the varied thrush — with a distinctive black band across its orange chest — chickadees, steller’s jays, woodpeckers and big, slimy yellow banana slugs. Up in the canopy, among mini-ecosystems of plant life living in the branches, there are tree voles that never come to ground. The James Irvine trail ends at Fern Canyon, a popular tourist spot where the creek splashes out to the sea through a steep ravine clad in a spectacular forest of ferns.

Throughout the redwoods, two features always stand out. Everywhere there are fallen trees, and everywhere there is evidence of past fires. In Humboldt, you can see the remains of the “Dyerville giant”, a 370-foot redwood that crashed to earth in March 1991. For trees that live so long — they take up to 500 years to mature — coast redwoods are surprisingly vulnerable to collapse. They have no taproot to anchor them, growing instead from a shallow but wide root base. Fallen trunks are almost as glorious as when standing, great hulks of lumber laid on the ground, sprouting new growth of sorrel, fungi and saplings.

Likewise, the big redwoods are amazingly resistant to fire. Countless trees in the woods bear extensive scorch marks from fires that date back decades. Some are even hollow at the bottom where fire has burnt out their middles. The redwoods’ bark is fire retardant and tannin in the live wood is also fire resistant. Even when the canopy burns it can often regenerate, and when a tree succumbs, “clone” saplings will grow from its base.

That explains why there is hope that those redwood forests damaged by this year’s fires will recover. Man almost destroyed them by logging. Huge efforts have been made in recent years not just to preserve the remaining ancient woods but to ensure that areas of previously logged “secondary growth” can also develop into mature “old growth” for future generations. Notice has finally been taken of the way Native American tribes lived largely in harmony with the forest before Europeans came. Given a fair chance by humanity, these beautiful, serene and tenacious trees will thrive and expand, and I can’t wait to return once more to walk in wonder in the redwoods. 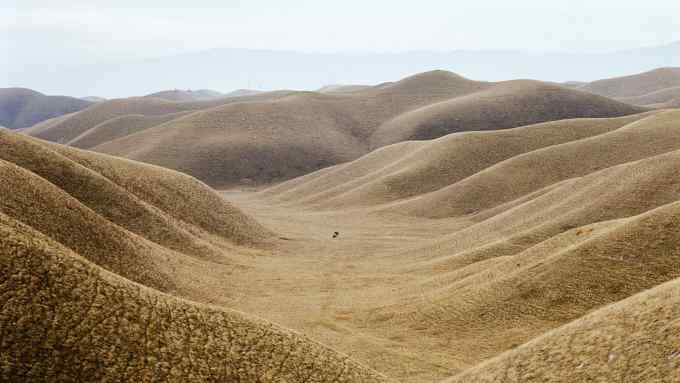