This week’s Watches and Wonders fair features the first appearance by a Japanese maker at the show’s in-person event, in Geneva. Grand Seiko — launched in 1960 by parent company Seiko as a producer of upmarket watches — is also in town to announce its first ever mechanical complication watch: the Kodo.

Japanese speakers will have picked up on the name Kodo, which translates as heartbeat. It is an allusion to the mechanism’s distinctive tick — a watchmaking world first, in which a tourbillon and a constant-force mechanism are combined in a single unit.

For Akio Naito, president of Seiko Watch Corporation, the Kodo is the latest attempt to cement Grand Seiko’s international reputation among aficionados as the “Japanese Rolex”. Naito, who promises more such mechanical wonders to come along similar lines, first picked up on Grand Seiko’s brand perception issues in 2016, after speaking to colleagues and retailers in the US — Seiko’s biggest market outside Japan.

Just 20 examples of the £309,360 Kodo will be made available across the Americas, Europe and Asia over the next two years. Seiko Holdings, Seiko Watch’s parent company, reported last year that exports to the US accounted for only 7 per cent of net sales, with Europe and Africa making up a combined 9 per cent.

Justin Koullapis, a partner in pre-owned watch retailer The Watch Club, as well as technical editor of the British Horological Institute’s journal and a watchmaker for more than 30 years, says the combination of a tourbillon and a constant-force escapement in a single component is “a hugely technical achievement”.

“It is also extremely esoteric, because it is purely to do with improving timekeeping and nothing to do with creating an illusion of complexity — it is the exact opposite of style over substance. There have only been a few forays into the same realm, most significantly by the late English maker Derek Pratt, as well as François-Paul Journe and Andreas Strehler, but none has been quite so well resolved as the Grand Seiko design.”

In simple terms, a tourbillon is a mechanism in which the escapement (the component that allows the even “escape” of power from the mainspring) is contained in a revolving cage in order to reduce inaccuracy caused by the movement remaining too long in the same position — a system originally conceived for pocket watches by the 18th-century Cornish maker John Arnold.

The constant-force aspect, meanwhile, refers to a secondary mechanism that provides the escapement with a smooth and constant flow of power as the mainspring winds down. It typically takes the form of a chain-driven transmission which, while it does its job, is fundamentally flawed by dint of comprising several tiny but power-sapping components.

The Kodo overcomes this by combining the tourbillon and the constant-force mechanism in a single component — meaning there are no wheels or other parts in between and, therefore, no change in the torque being transmitted to the balance wheel for a period of 50 hours after the watch is fully wound.

Grand Seiko unveiled a concept version of the Calibre 9ST1 movement — originally called T0 — in 2020, by which time it had already been in development for eight years. But it was not expected to appear in a production watch for a while, if at all.

“It was necessary to re-engineer 340 parts of the T0 movement to enable it to be used in a production watch,” says Rob Brook, Grand Seiko’s UK brand manager. “The aim of producing it now is to highlight Grand Seiko’s technical craftsmanship. During the 50-hour period that the constant-force mechanism is fully functional, the watch will remain accurate to 0.3 seconds per day.”

The watch was created by a specialist team of movement designers and master watchmakers based in the Shinshu studio in Japan’s Nagano prefecture. The 43.8mm case is made from a combination of platinum and hard titanium, with both materials being polished to a distortion-free, mirror finish using a method known as zaratsu. The strap on which the Kodo is mounted, meanwhile, is made from calf leather that has been hand-painted with urushi lacquer, an ancient technique used in the production of samurai armour.

While the integration of the tourbillon and constant-force mechanism is impressive to watch, it is also intriguing to listen to. As the inner tourbillon cage smoothly rotates, the balance wheel vibrates at a steady eight beats per second, while the outer constant-force carriage moves at one-second intervals, resulting in a particular tick that is set to a 16th note, or semiquaver.

“I insisted on achieving a perfect 16th-note feel or semiquaver for the owner to fully enjoy the timepiece,” says Takuma Kawauchiya, the designer behind the Kodo. “Maybe this is because of my passion for music and being a professional guitarist before joining Grand Seiko.” 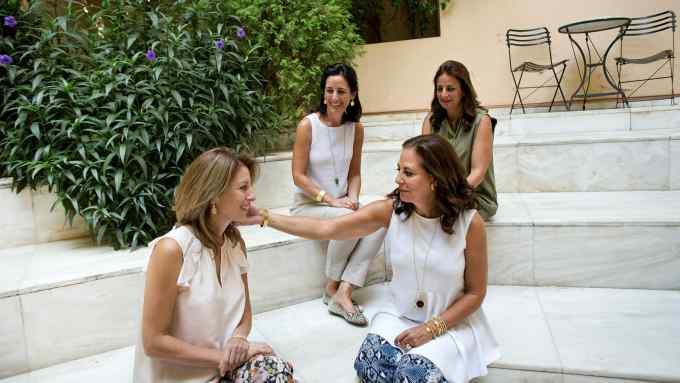