Russian aggression may cause global starvation

The war in Ukraine is a catastrophic crime of aggression. Support for Kyiv’s fight for national survival has, rightly, been the focus for democratic states. But the effects of the Kremlin’s invasion are spreading. Russia, Belarus and Ukraine are critical to the world supply of food. Shortages, already a problem, are likely to worsen.

According to the UN, food prices in March were already up by 34 per cent on the same month last year. Cereals were up by 37 per cent and vegetable oils by 56 per cent. The UN notes that what it calls the “Black Sea region” contributes significantly to both.

Countries that have sought to raise their own production have also run into high energy and fertiliser costs. Both have been inflated by the war: Russia is a big energy exporter while its ally Belarus is a power in potash, a key part of the fertiliser supply.

This is already causing a painful squeeze for households across the world, and has the capacity to cause a disaster in the poorest nations. The price shock’s first political effects are with us, too. Pakistan has already seen its politics upended, in part because of worries about food prices.

Democratic governments must plan on the basis that food, energy and fertiliser supply problems will persist. Ukraine’s fight may take a long time. The ability to hold the line with sanctions against Russia and Belarus is mission critical — and a food price crisis will erode popular support for it.

Even if the war is resolved swiftly in Kyiv’s favour, Ukraine’s capacity will not return to prewar output for some time. Meanwhile, evidence is mounting that Russia, abetted by Belarus, has engaged in crimes against humanity. The world may want to curtail their ability to regroup economically.

Right now, a key objective should be preventing new export restrictions between other nations. There is enough food out there. It is just in the wrong places. This is a problem that global markets should excel at fixing — so long as food can cross borders.

Prices rising should also stimulate some more supply to come on stream, and policy should not seek to prevent that. States, of course, should protect the vulnerable — but do it by boosting their spending power, rather than trying to cut prices upstream.

Politicians should aim to speed new supply to markets. In some limited cases, this could mean retooling agricultural subsidies to help farmers switch to sorely needed produce. In the medium term, policy also needs to steer farms to low-carbon methods so they are less vulnerable to fuel crises.

This all adds up to an expensive prospectus. Richer countries need to stand ready to help poorer ones, who may find themselves needing budget support, credit, debt guarantees and direct aid — or facing starvation.

Finally, the food price problem also raises the stakes for the information war, where Russia has had some success in advancing its case outside Europe and North America.

To counter the risk of waning popular support for Ukraine’s resistance, democratic nations need to do better at blaming Moscow for the price shock, as well as its on-the-ground atrocities. Support for struggling states should be paired with renewed efforts against Russian disinformation.

The stakes in the food crisis could scarcely be higher: this is a matter of life and death that extends far beyond the daily victims of Russia’s invasion of Ukraine. But this is also about the reputation of liberal democratic values around the world. Rich countries were seen to let down the poor during the pandemic over vaccine supply. They must not fail on the food crisis. 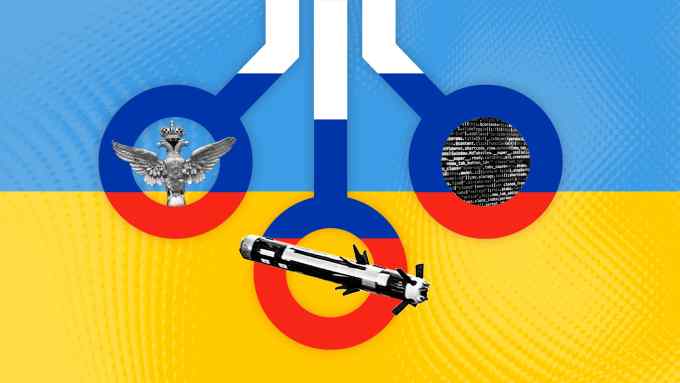