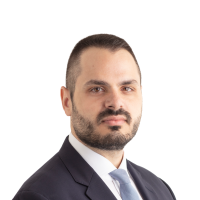 Eric Platt is the US markets editor of the Financial Times and contributes to Due Diligence, the paper's premium deals briefing. He oversees the paper's coverage of US equity, debt and derivative markets out of the New York bureau, with a focus on the rise in corporate indebtedness over the past decade. He also covers Warren Buffett and Berkshire Hathaway, as well as lossmaking property group WeWork. He was previously the FT's mergers and acquisitions correspondent, capital markets correspondent and a founding reporter on fastFT.

He joined the FT in 2013 from Reuters. He graduated from New York University.