A $50,000 seed investment has allowed a Kenyan pathology business to spread across the continent

Frustrated at the lack of pathologists in Africa’s hospitals and the slow turnaround of test results, Kenyan doctor Joshua Kibera believed he had the answer.

Kibera envisaged a business that was a cross between a ride-hailing company and a utility, which would connect African hospitals and medical facilities to pathologists and laboratories both locally and internationally.

The problem was that Kibera lacked the funding to get his idea off the ground. But, when he attracted $50,000 in seed funding from Villgro Africa, a start-up incubator based in Kenya focused on healthcare, his vision became a reality: in 2017 The Pathology Network was born.

Besides the cash, Villgro Africa’s advice was vital to The Pathology Network’s launch, says Kibera, and encouraged other international investors to put an additional $175,000 into the business.

“I was clear what problem I was solving, but our business model wasn’t well defined,” says Kibera. “The Villgro Africa portfolio manager had frequent meetings to help us think through the modelling, the cash flow and so on.”

Villgro Africa, whose parent company originated in India 20 years ago, expanded into Africa in 2014 to nurture new health and life sciences companies, with an emphasis on financially viability.

The non-profit group raises money from wealthy individuals, family offices and foundations, and distributes grants as seed funding to entrepreneurs and start-ups.

Based in the Kenyan capital Nairobi — the heart of the “Silicon Savannah” tech hub — Villgro Africa has funded start-ups in east Africa and across the continent, in Mali, Burkina Faso, Senegal and Cameroon.

“In the global north, if you’re a businessperson or masters or PhD student with an innovative idea with market potential, money finds you,” says Rob Beyer, co-founder of Villgro Africa. “In sub-Saharan Africa, that story is incredibly rare.”

If you want to do AI or apps, if you don’t have the hardware to diagnose and treat, you are missing a big piece

“Health and life sciences was an underserved market,” Beyer says, describing Villgro Africa’s funding as “more like venture building than an accelerator — we give money but we also walk the journey with the companies, sometimes for years”.

The Pathology Network gives hospitals a digital account to order tests of samples, which it collects and distributes to a network of laboratories and pathologists in Kenya, other countries in Africa and as far as away as Australia and the US. It can provide results within a fortnight, rather than the months they might otherwise take.

In the case of diseases such as cancer — the incidence of which is rising in Africa — shaving that timeline could be the difference between life and death.

While Villgro Africa’s decision to focus on health is reaping financial rewards for the companies it backs, it requires more patience than fintech or consumer software, for example, because of the extra hurdles and costs of clinical trials, approvals and regulation.

The challenges are tougher in hardware, given the high bar for quality control, supply chain management issues, and Africa’s lack of manufacturing capacity.

However, for Wambui Nyabero, Villgro Africa’s chief technology officer, the prize is worth the effort. “Hardware is the platform that everything else is built on,” she says. “If you want to do artificial intelligence or apps, if you don’t have the hardware to diagnose and treat, you are missing a big piece. Even though hardware is difficult, it’s worthwhile.”

Special ReportFuture of AI and Digital Healthcare
Mothers get the message

As companies go through the product development process, they acquire experience that will help with future hardware projects.

Beyer cites the example of a Ugandan start-up backed by Villgro Africa, called A-lite, which designed, built and tested a neonate vein locator. It allows clinicians to identify barely visible veins in babies non-invasively. “That team now knows the whole process to get a new medical device to market,” he says.

African health-tech start-ups could receive a further boost if the continent can put in place a regional regulatory body to approve new medical devices and therapies. In 2019, the African Union adopted a treaty to establish the African Medicines Agency, a body akin to the US Food and Drug Administration, which would authorise medicines on the continent.

Nyabero says the AMA could help start-ups in the long term. “Having something like that across Africa is going to be brilliant because then it means if you get approval in one country, you have approval across the whole of Africa, so now your market just opened up.” 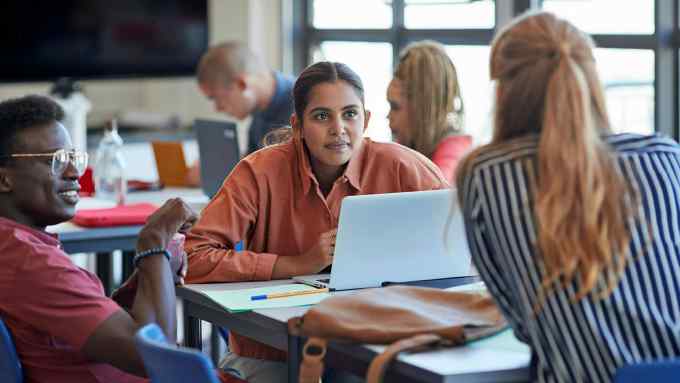