There are many aspects of the Japanese diet that help explain the longevity of the country’s citizens, not least the dominance of vegetables and grains over saturated fats and processed foods. One less frequently discussed characteristic with broad benefits is its variety.

When a Japanese friend was a child, her family taught that a day’s meals should contain 25 ingredients, colours and textures. Not only was her diet interesting and healthy; it also reflected and supported a more balanced food production system for the country.

Around the world, food habits are heading in the opposite direction. Over-consumption is matched by narrower, standardised, industrialised and inappropriate choices. While 1bn people go hungry around the globe, twice that number eat too much of the wrong food.

Anecdotes abound of houses in which dining areas for family meals and conversation — and even the kitchens — have gone. Adults and children gobble takeaways in separate sessions on sofas in front of smartphones.

Basic cooking knowledge has waned: “home economics” has been abandoned in primary schools; courses in catering focus on theory and health and safety but are slower to mobilise students to actually cook. The rising number of TV cookery shows seems in inverse proportion to the time that people spend in the kitchen. Consumers in richer countries (including many of society’s poorest) eat out more and spend more on ready-made meals high in salt, additives and packaging.

That is partly a side effect of a positive trend, with the rise of women who have more economic opportunities and less time and social pressure to spend unpaid hours shopping and cooking. It is also a consequence of an intensifying cycle of “fast” food in every sense.

These patterns have consequences, as processed and industrialised foods increase the risk of heart disease, cancer and other ailments — factors that are starting to reverse gains in life expectancy in countries led by the US. A study of about 45,000 French residents over nearly a decade showed a link between processed food and mortality.

A Lancet Commission on healthy diets from sustainable food systems estimated in January that unhealthy diets account for up to 11m avoidable premature deaths globally each year, posing a greater risk of illness and death than unsafe sex, alcohol, drugs and tobacco combined.

Food production practices also have implications for the planet, contributing to climate change and chemical pollution. Agriculture accounts for 40 per cent of global land use, 30 per cent of greenhouse gas emissions and 70 per cent of freshwater use. That includes much unnecessary production, given substantial food waste.

Demands for food and particular diets are reliant on a small number of products, squeezing biodiversity and creating fresh vulnerabilities. Natural ecosystems are being converted to cropland and pasture, threatening wild species; nitrogen and phosphorus in cultivation are killing aquatic life.

A report last month from the UN Food and Agriculture Organization highlighted that 40 types of livestock provided the majority of milk, meat and eggs for humans, with many other species at risk. From more than 14,000 edible plant species, only 150-200 are used by humans and just three — rice, wheat and maize — account for 60 per cent of all calories consumed by humans. Disease could create serious supply problems.

Climate change is set to cut production in low latitudes, and by some estimates causes an average 8 per cent reduction in yields across Africa and south Asia by 2050. It is being exacerbated by agricultural practices.

Yet as urbanisation increases, humans are also increasingly losing their link to rural areas and farming, becoming ever more unaware of the impacts of their growing demands for food, the methods used and the damage done.

Reversing course will not be easy. Governments and regulators must play a more interventionist role, from investment in basic education and encouragement of cooking and better nutrition, to tougher regulation of advertising for unhealthy foods and taxes on unhealthy ingredients.

The price of food should reflect its true costs, including the wider environmental burden of current production methods. Public institutions — including offices, schools and hospitals — should set an example with healthier meals for staff and visitors.

Agri-food companies need to invest in forms of production that are more intensive but less damaging to biodiversity. There needs to be substantial investment in new varieties that are more resistant to climate change. Restaurants and supermarkets also need to cut waste, including through suitable portion sizes.

People must also take responsibility, shifting away from meat and dairy, adapting tastes, cutting down on waste and appreciating the value of “slow food” by cooking and eating together.

Without more imaginative, varied diets and other ways to eat more healthily, as the Lancet Commission concludes, we will end up diet-poor and planet-poor. How about that for a conversation around the family dinner table over a freshly cooked meal? 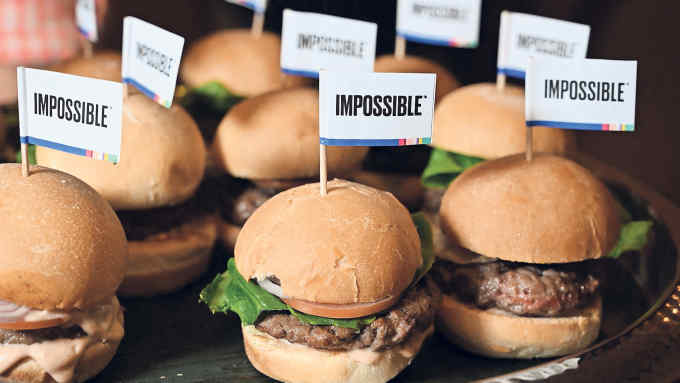