Why ‘Bad Students’ give bad marks to Thailand’s schools

Thai schoolchildren perform abysmally in international test results. Public figures from across the kingdom’s political spectrum, from hardcore leftists to devout royalists, have all called for reforms to the education system to be top of the nation’s agenda.

But many Thais only realised something deeper was amiss with their schools during the youth democracy protests of 2020, when the “Bad Students” entered the stage.

This irreverently named activist group, composed of teenage and younger children, staged some of the most eye-catching demonstrations of the country’s half-year of unrest. As Thais gathered in their tens of thousands to ask rarely voiced questions about the political order, their rebellious children protested over the content of lessons, schools’ strict rules on uniforms and haircuts, and an authoritarian pedagogical culture. All this, they said, stifled creativity and did little to prepare them for the digital age.

To get their message across, the pupils marched to the education ministry in their school uniforms, wearing white ribbons — a symbol of protest — in their hair or on their satchels. They raised three fingers during morning flag-raising ceremonies, the defiant salute of the child warriors in the film The Hunger Games — a show of impudence in a culture that demands young people show respect.

At one protest outside the ministry in September 2020, when the then education minister Nataphol Teepsuwan came out to address them, the students forced him to wait his turn to speak, a cheeky upending of Thailand’s deeply ingrained hierarchy of seniority.

“The critique by students is that schools are giving them the things they don’t need, but not the things they do,” says Kanokrat Lertchoosakul, a researcher at Bangkok’s Chulalongkorn University, who interviewed about 300 high school and university students during the protests. “Many reflected that the teaching in school made them feel like robots working on an assembly line — but, in the future, this kind of industry will decline.”

Problems in education get to the heart of what reformist Thais argue is ailing the nation. They say a hierarchical culture that has the palace at the top is reflected in a government and parliament currently under military control, so it is natural that authoritarian methods and a top-down culture prevail in schools.

But some say there is more than just school culture at stake, right now.

Thailand already had one of south-east Asia’s slowest-growing economies before the Covid-19 pandemic exposed its dependence on low-skilled jobs in tourism and other services. Analysts suggest that schools must now step up and train the kinds of graduates that 21st-century workplaces demand and help attract larger amounts of foreign investment.

Before the crisis unfolded, prime minister Prayuth Chan-ocha’s government had spoken of creating a digital, innovation-based “Thailand 4.0”. But the Bad Students delivered a scathing critique of a system they claim devotes more attention to their haircuts than preparing them for the future. “The ‘White Ribbon Generation’ realised they have to be creative, innovative, ask more questions,” says Kanokrat. “They have to be different to survive in this disruptive economy.”

In the two decades since Thailand’s schools began participating in the OECD’s Programme for International Student Assessment (Pisa) tests, national scores have been low and falling. In 2018, Thailand’s 15-year-olds were ranked 57th in maths, 53rd in science and 66th in reading out of 78 countries taking part. The most advantaged students outperformed their disadvantaged counterparts in all three subjects.

Thailand’s challenges are similar to those of many other countries: individual schools perform erratically, and the better schools located in cities and provincial centres tend to attract bigger budgets, more students and more teachers. Schools in peripheral areas, meanwhile, usually lose out.

In a country marked by frequent military coups and unrest, political instability also plays a role, as ministers change frequently. Nataphol, the education minister, was dismissed this year after being convicted for his part in street demonstrations that led to the 2014 military coup. He was replaced as minister by Trinuch Thienthong.

“It’s very hard to have a stable direction of how to improve, as the policies keep changing,” says Nicha Pittayapongsakorn, a senior researcher with the Thailand Development Research Institute, a think-tank based in Bangkok. “Maybe this new minister will come up with new ideas, and people try to implement it, then he is out again and a new policy comes next year. It’s not very good for the motivation of staff and teachers.”

There are some glimmers of hope. An “education sandbox” has been implemented in eight areas of the country, whereby schools are given more autonomy and lighter-touch regulation, enabling them to experiment with their own reforms. “It’s still a work in progress, but there’s a law to support it,” Nicha says.

In the year since the Bad Students burst on to the scene, however, the pandemic has slowed reforms as Thai schools, like others around the world, shifted to online lessons. Apart from the setback to children’s learning, the coronavirus crisis has meant the education ministry has had little time to focus on reforms, Nicha says.

“About 1,000 private schools also went out of business due to student dropouts, leaving not many choices for parents unsatisfied with public schools,” she says.

Meanwhile, the Bad Students have taken a small step in their demand for greater accountability. The group has built a website that collects children’s complaints, allowing people to call out schools they say are mistreating students.

This story has been updated since its original publication 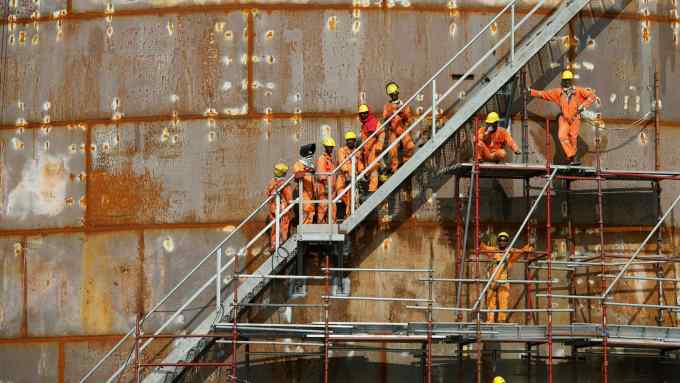