Women must shape or be shaped by innovations in technology. Plus: Brexit will change opportunities for female workforce

Is the age of intelligent machines bringing gender equality nearer or turning back the clock?

Gemma Lloyd, co-founder of Work180, an Australia-based international jobs network for women, is proud of her engineering team in which women outnumber men. She just wishes there were more female engineers generally. “If there aren’t enough women in the mix, the products won’t be as good as they could be, and they certainly won’t be what society wants — because women are 50 per cent of society,” she says.

The lack of female technologists — only 22 per cent of artificial intelligence professionals globally are female, for instance — is a frustration for many gend­er equality advocates. Some worry that the digital future will be made by men for men. They call for more female coders, inventors and investors with an eye for innovations that cater to under-served female needs, such as women’s health apps — so-called femtech.

Similarly, IMF res­earchers predict disproportionately higher job losses among wom­en when automation displaces an estimated 10 per cent of jobs over the next two decades, according to analysis conducted on 30 countries. Women will be hit harder bec­ause of the high number employed in roles such as clerical work that are particularly vulnerable to automation.

The flipside is that economists expect that technology will also create roles — and some will pay well. As the IMF study highlights, however, the smaller numbers of women studying science, technology, engineering and mathematics (Stem subjects) risks walling women off from the best jobs. In the US, the share of computer science degrees awarded to women has fallen since 2000. In the UK, 3 per cent of female students surveyed by PwC in 2017 said technology was their top career choice, compared with 15 per cent of male counterparts.

Women in business
Female investors hold the keys to change 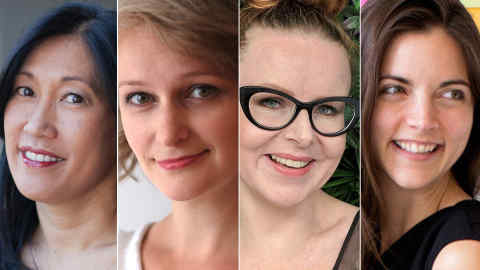 Fears that AI will consign women to the slow lane do not persuade everyone. A counter-narrative is that as machines look after the grunt work, greater value will be placed on skills traditionally more associated with women, such as emotional intelligence, leading to new jobs for which many women might be well suited. Yet achieving gender balance should still be a goal for all roles, including hardcore tech.

Research by academics at Carnegie Mellon University, Union College and MIT suggests that teams with more women are better at collaborating. A McKinsey study in 2017 found that ethnically and gender diverse workforces perform better financially, implying there may be costs if men monopolise the economy’s growth sectors.

Percentage of Stem workers who are women. But only 9 per cent of leaders in those fields are female

There are other considerations. The more algorithms determine social outcomes, the more software development teams need to include a mix of men and women with different life experiences to spot when data biases are skewing the decisions. As Kim Nilsson, co-founder of Pivigo, a London-based data science business, says: “We need diversity for creativity and also to question: ‘By doing this are we harming anyone?’”

If women are more hesitant than men on reskilling, they are putting themselves at a structural disadvantage

To encourage women into tech, recruiters are experimenting with how they hire. Tracy Young is co-founder and chief executive of PlanGrid, a San Francisco-based business that makes software for the construction industry, a predominantly male sector. To counter perceptions that certain jobs are a “man’s job”, she speaks at women’s networking events and industry forums.

Details, such as the design of emp­loyee benefits, matter too. “Something as simple as offering good parental leave [is] an indication of how much a com­pany cares about recruiting women.”

Michelle Senecal de Fonseca, vice-president for northern Europe at US software business Citrix, says tech companies sometimes specify engineering experience for roles that non-engineers could perform just as ably. When rec­ruiting for posts that sit between engineering and the sales operation she considers candidates that have worked in tech-related fields, although they may not be science graduates — management consultants, for instance.

Broadening the hiring criteria has helped her more than double the number of women in the organisation and benefited clients. Rather than “having a discussion about features and functionality, [they] talk about how the technology relates to the customer’s requirement”, she says.

Tech organisations not only recruit fewer women than men, they lose them at a faster rate. Globally, women make up 25 per cent of Stem workers, according to Boston Consulting Group, but only 9 per cent of leaders in those fields. 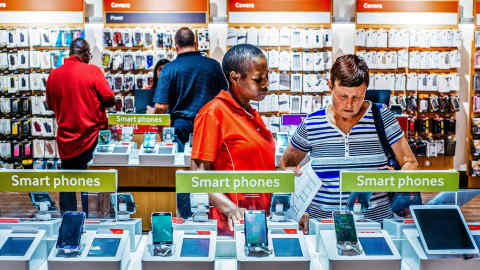 Building tech skills into schemes for women returning from career breaks can help narrow the gender gap, says Judith Wallenstein, a senior partner in BCG’s Munich office. Women must step up, however: “If the learning paradigm that emerges is one where companies encourage employees to volunteer for reskilling and women are more hesit­ant than men, women are putting themselves at a structural disadvantage.”

Employers may not be able to undo society’s gender biases, but they can still take mitigating steps, says Work180’s Ms Lloyd. This includes making tech workplaces welcoming to women, supporting schemes that teach tech to women who missed out, showcasing female technologists and promoting apprenticeships to girls.

Work180 co-ordinates SuperDaughter Day, a collaboration with tech businesses that brings primary school girls and their parents into workplaces to learn about coding, robotics and Stem.

“The research shows gender stereo­typing starts at around five years old — if we can break that, we can help to build the pipeline for the future,” she says.

Video: Diversity with June Sarpong: how the workplace can work better for women

The terms on which Britain leaves the EU will affect Britain’s labour market, and with it women’s career opportunities.

For those in jobs already threatened by automation, Brexit could bring that closer if employers lose easy access to EU workers. When labour is tight, “companies find other ways [to meet their needs] and that will be through automation, and women unfortunately will be more affected than men”, says Michelle Senecal de Fonseca, vice-president for northern Europe at US software company Citrix.

On the other hand, employers may be more motivated to develop workforce skills that machines cannot replace. “If we can offer reskilling and women are creative in going after re-education there may be more opportunities, though I do believe there will be a temporary gap,” she says.

Sam Smethers, chief executive of the Fawcett Society, a UK equality campaign group, is worried about the effect of changes to employment rights, despite government assurances. If an economic downturn transpires, there could be pressure to make employing people cheaper, for example, by watering down EU-derived rules that require employers to treat part and full-time workers equally.

That would hit women in the UK particularly hard, as 40 per cent of women work part-time. “We’re not suggesting people will lose their rights on day one. What concerns us is that, over time, there may be an erosion and a dilution of those rights,” she says.