The fashion industry has earned a bad reputation on environmental matters over the years. Though brands increasingly seek to position their products as sustainable, the industry’s lack of concern over deforestation, overproduction and the burning of excess inventory tells a different story.

So it may come as a surprise that British high-street brand Superdry appears at the top of the FT-Statista list of Europe’s Climate Leaders. But, of the thousands of companies surveyed, it was the one that reduced its Scope 1 and 2 carbon emissions intensity the most between 2014 and 2019.

It is not the only fashion company to make the cut: nine other apparel brands feature on the 300-company list. However, while that may suggest the industry is improving, a deeper dive into the data reveals a more complicated picture. 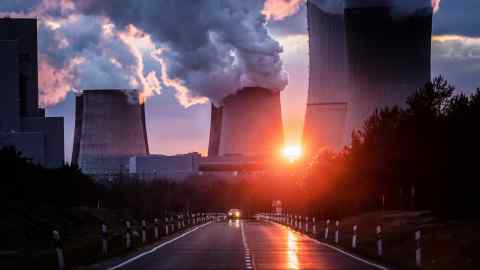 Clothiers are making significant progress when it comes to Scope 1 and 2 emissions, which arise respectively from a company’s in-house operations and the energy it purchases. But up to 80 per cent of the sector’s emissions are in Scope 3: those produced by the rest of the value chain. And most clothing brands are not even attempting to measure these yet, much less reduce them.

Ignoring Scope 3 can result in deceptively low emission totals in many industries. It is particularly problematic in sectors dealing in manufactured goods, says Linda Greer, senior global fellow at the Institute of Public and Environmental Affairs, a non-profit research organisation.

In fashion, Scope 3 emissions usually include those from cut-and-sew factories, dye houses, fabric mills and farms — mostly not owned by the brands they supply — while Scope 1 and 2 refer only to a business’s headquarters and stores.

According to CDP, a global non-profit that helps companies manage their environmental impact, these Scope 3 emissions are 25 times as intensive as Scopes 1 and 2 in the apparel sector, as opposed to 11 times more intensive, on average, across all sectors. For some of the other fashion brands on the FT-Statista list, the number is even higher: H&M estimates that Scope 3 emissions make up 99.5 per cent of its environmental impact.

That is why ignoring Scope 3 when assessing total climate impact constitutes, in Greer’s opinion, “professional malpractice”.

“I hate to be so harsh, but we have an urgent problem on our hands and we cannot afford to ignore the vast majority of emissions,” she says. “The tragedy is that, for many years, these emissions have been overlooked because they are more difficult for companies to calculate.”

But difficult does not mean impossible, and a few of the brands leading the way in reducing their Scope 1 and 2 emissions are also starting to make progress on Scope 3. Some of the lessons learnt in dealing with the former may also apply to the latter.

According to Superdry’s chief executive Julian Dunkerton, the company was able to cut its core greenhouse gas emissions by 96.3 per cent between 2014 and 2019 by making a few simple changes, the most significant of which was a switch to using renewable energy. Extending such a policy could make a serious dent in Scope 3 emissions in the future.

“If you were to force the winds of change in the industry, renewable energy would be the first thing to focus on,” Dunkerton says.

He also believes that fashion needs to rely less on aviation to transport its products, and should adopt localised manufacturing as a way to get clothes to market on time. “Just by cutting air freight, we’ve managed to save 40,000 tonnes of CO2 [since 2018],” he says. Superdry is also switching to more energy-efficient LED lighting in stores and warehouses, as is H&M.

For now, both companies are avoiding carbon offsets — paying others to remove greenhouse gases from the atmosphere. They say that, if they use them in future, they will do so sparingly.

Burberry, which has achieved a similar core emissions reduction to H&M, takes a similar view — although it has already begun limited investment in both external offsets and offsetting initiatives within its supply chain (so-called “insets”).

“We could be carbon neutral end-to-end tomorrow if we chose to [buy more offsets],” says Pam Batty, Burberry’s vice-president of corporate responsibility. “But we very much believe in the need for reductions first and foremost.”

Whether the company can turn this belief into a reality will become clearer in coming years. But since it plans to start reporting its Scope 3 emissions from 2021, holding it to account should become easier.

That goes for H&M too, which already reports on Scope 3, but says it will for the first time seek “limited assurance” from its auditor for the next set of figures it publishes. Superdry is also looking to resume measuring parts of Scope 3 this year after the coronavirus pandemic impeded its 2020 reporting, but admits it still will not be tracking the full supply chain.

Ultimately, the industry has a long way to go — especially as most of the brands listed here have yet to commit to supply chain emissions goals aligned with the Paris Agreement on climate change. But at least the contours of the problem are becoming clearer.

“We can’t continue to focus on 0.5 per cent of our actual emissions,” says Kim Hellström, strategy lead for corporate social responsibility at H&M. “We are part of a very dirty industry, and we need to open our eyes to what really needs to be done.”