Robotics-focused exchange traded funds have seen “massive” outflows in recent weeks as one of the hottest trends of the past six months threatens to implode.

The sharp reversal is starkest in Europe, where robotics and automation-themed ETFs chalked up inflows of $753m between September 2020 and February, according to data from Global X, a New York-based ETF manager.

However, a record $506m of this money was pulled out of the market in March alone, cutting assets 8.5 per cent to $5.4bn.

The US robotics segment also witnessed “significant” outflows of $363m, pulling sector-wide ETF assets down 6.1 per cent to $8.9bn, according to Global X.

The pattern was repeated in Europe, with the $3.8bn iShares Automation & Robotics Ucits ETF (RBOT) seeing net outflows of $404m and $153m walking out of the door at the $1.3bn L&G Robo Global Robotics and Automation UCITS ETF (ROBO).

Analysts were unsure of the catalyst for souring sentiment towards robotics; while the technology stocks that feature prominently in many robotics ETFs did wobble in March, this did not prevent further inflows into other tech-heavy themes such as disruptive technology, big data, machine learning and ecommerce.

Morgane Delledonne, director of research at Global X, said that “robotics and AI [artificial intelligence] had strong performance in 2020 [so] it might be the case that some investors took profits”.

Aanand Venkatramanan, head of ETF investment strategies at Legal & General Investment Management, said there were signs of a “ripple effect” from March’s pullback in technology stocks, especially on the continent, allied to profit-taking after a strong rally, with LGIM’s robotics fund returning 71 per cent in the year to the start of March.

He also cited an element of “sector rotation” between thematic factors, potentially driven by the resetting of some asset allocation models, but said inflows had started to return this month.

Macroeconomic concerns and a tentative rotation from growth to value stocks may also be factors.

Kenneth Lamont, senior fund analyst for passive strategies at Morningstar, said robotics and automation was the only theme to see outflows in Europe in the first three months of the year, in what was a booming quarter for thematic ETFs as a whole, with record net inflows of €5.5bn helping push total assets to an all-time high of €29.4bn.

Lamont tentatively linked the robotics reversal to temporary sell-offs in key holdings such as Snap and Nvidia.

“A lot of these funds will track not just pure play robotics companies but the broad manufacturing industrial sector,” he said. “They have been extremely popular so it’s perfectly natural that they won’t grow forever. There are plenty of other themes that investors are interested in.”

In the US, one of these emerging themes has been infrastructure development, in the light of President Joe Biden’s American Jobs Plan, unveiled in March, which calls for $2tn of investment in highways, electrical grids and other basic infrastructure.

US-domiciled Infrastructure development ETFs saw net inflows of $1.7bn in the first quarter of the year, according to Global X, compared to $583m in the whole of 2020. As a result, their assets have ballooned from $138m to $2.9bn in the past 12 months.

The chief beneficiary has been Global X’s US Infrastructure Development ETF (PAVE), which has seen its assets under management surge to $2.3bn — even if its largest holding, Deere, the agricultural machinery maker, is also a top 10 holding in Ark’s Robo fund.

“In the US we’ve suddenly seen an impressive increase in AUM in thematic infrastructure funds due to Biden’s infrastructure plan,” said Jay Jacobs, head of research and strategy at Global X, who suggested many investors were scrambling to build exposure to sometimes overlooked companies.

“When you see a $2tn infrastructure bill, that is going to go to construction companies, commodities companies that are mining copper or mixing cement, transportation or machinery hiring companies. Infrastructure development and infrastructure assets have an overlap of close to zero.”

Clean energy ETFs, also potential beneficiaries of Biden’s investment programme, are also in vogue in both the US and Europe as thematic funds focused on the physical environment begin to usurp technology ETFs in terms of flows.

“There are very strong tailwinds to physical environment ETFs,” said Delledonne. “Investors, especially in Europe, are looking at thematic investing as sustainable. We definitely see more appetite for this.”

“There has been a rush on alternative energy funds. The assets have gone through the roof,” said Lamont.

“For a long time robo funds were the largest [thematic ETFs] in Europe but clean energy has really stormed up the rankings. The energy transition theme was the largest beneficiary of flows [in Europe] in Q1.”

The tech sector is not vanquished yet, though. One of the hottest thematic ETFs in the Europe in the first quarter was the Invesco Elwood Global Blockchain ETF (BCHN), which raked in €405m, according to Morningstar.

“Supported by booming cryptocurrency markets and other positive news flow, like the IPO of crypto platform Coinbase, flows into the fund have been striking. Fund assets, which sat at just $39m at the beginning of 2020 have recently surpassed $1bn,” Lamont said. 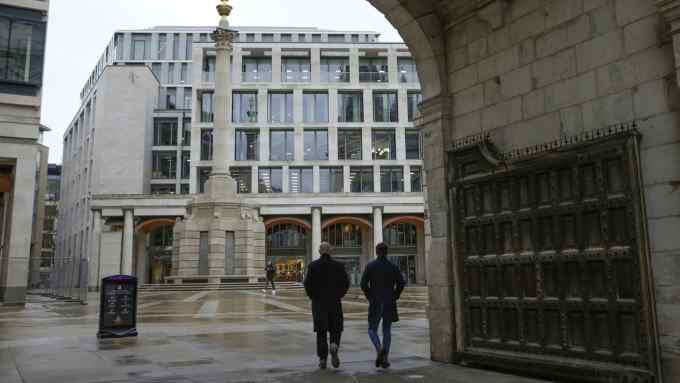