The Japanese town mobilising an orange army to fight dementia

Some 30,000 volunteers on Matsudo’s streets support patients, helping them live at home

We’ll send you a myFT Daily Digest email rounding up the latest Dementia news every morning.

Japan is confronting a pandemic of dementia as its population ages, but while the challenge might seem overwhelming, one town in the Greater Tokyo suburbs is mobilising its population to respond.

Rather than pack people with dementia into care homes, Matsudo — a typical slice of outer suburbia that boomed during Japan’s years of rapid growth in the 1960s and 1970s — is trying to make itself a friendlier place for them to continue living in their own homes.

By 2025, 7.3m Japanese will be living with dementia — one in 20 of the population; by 2050, that is forecast to become one in 10. The figures for Matsudo are in line with national trends: about one in four of the town’s 494,000 residents are over 65, one in eight are over 75, and 11,504 people have been diagnosed with dementia serious enough to affect their daily life.

Like other parts of Japan, Matsudo has “dementia cafés” where patients and carers can go for advice and assistance, but the town has also built up a small army of volunteers to help any stray person with dementia found wandering the streets.

In the first tier are about 25,000 “dementia supporters”, who have taken a course on the condition. Next are some 3,700 “orange callers”, who wear an orange band and pledge to approach any older person who seems to be in trouble on the street. In the top tier are more than 700 “orange volunteers”, who take part in dementia cafés, patrols and other activities.

“The unique bit is the system of call-outs,” says Yuko Kishida, a public health nurse who works for the city. “If you’re not used to it, then addressing a stranger on the street can be difficult.”

Those taking part in patrols — which are also partly aimed at child safety and crime prevention — try to help older pedestrians who seem to be struggling. At 3pm on Wednesday afternoons, a gaggle of not-so-young volunteers gather to wander the less-than-mean Matsudo streets.

The exercise shows admirable community spirit but also the limits of this approach to dementia care. Matsudo is sprawling and suburban, so any given area is covered by a patrol for, at best, one hour, once a month.

The volunteers push along briskly despite the early summer heat. They spot a few schoolchildren on their way home but no older people obviously in distress.

It is hard to escape the feeling that most of the people with dementia, and the families struggling to care for them, are hidden away behind the many closed doors that the patrols pass by.

The true value of Matsudo’s system, however, may be less the help it gives to those with dementia than the awareness and acceptance of the condition that the town is building up.

“The more people there are to help, the better,” says Ms Kishida. “It makes it easier for people with dementia to manage.” 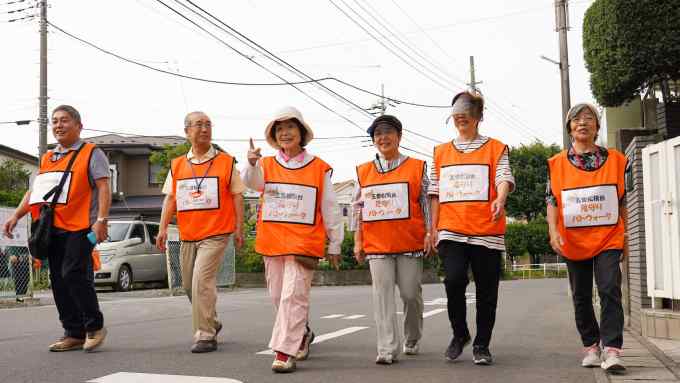 While there is still no sign of a cure for the 50m people around the world living with dementia, new technologies and imaginative public policies are helping lessen some of the burden. FT writers examine the latest developments