The US census is a once-in-a-decade opportunity to ensure the nation’s citizens are properly served. It determines the number of representatives states have in Congress and how £1.5tn in federal government funds will be allocated over the next 10 years.

So, when the Census Bureau announced in August 2020 that it would end the count a month early — a move that would potentially exclude millions of people, many of them immigrants — it was important to ask why.

The bureau had been instructed to do this by the Trump administration — which had previously also tried to have undocumented immigrants removed from the census count, and had made a failed attempt to have a question about citizenship status included on the census forms.

Speaking about the White House’s decision to override the bureau’s judgment, lawyer Melissa Arbus Sherry says: “What was really striking was to see all of that expertise just thrown to the side.” Sherry, who is a partner at Latham & Watkins, represented the National Urban League, a civil rights organisation, in a case to ensure that the count was done correctly.

And, in taking on this lawsuit, in what ultimately became the only federal case standing in the way of the government’s plan, the firm highlighted the role that lawyers can play in rectifying systemic racial inequalities.

Because of the legal questions in this case and an expectation that it might go to the Court of Appeals, Sherry, whose practice is focused on appellate courts and the Supreme Court, felt she could make a difference.

“One of the arguments we made was not so much ‘do what we think is right’, but to do what the Census Bureau’s own experts said was the right way to do things,” Sherry says. “It really should not be a political or a politically motivated process. It should be driven by the statisticians and the experts in the field.”

The breadth of the plaintiffs — from federally recognised tribes, cities including Los Angeles and San Jose, and immigrant advocacy groups — emphasised the significance of the problem, says Sherry. “Not counting these hard-to-count communities impacts representation and impacts federal funding.”

Latham & Watkins won the case on behalf of the plaintiffs, ensuring the bureau continued the count and appropriately processed the data.

In some cases, tackling present-day systemic inequality requires a long-term view and undertaking a years-long commitment.

It has taken Jefferson County in Alabama, for instance, decades to ensure equal employment opportunities and remedy past discrimination. In 1974, one out of the 1,000 people working in the region’s police and fire departments was African American, despite the population of its largest city, Birmingham, being 50 per cent black.

When a consent decree, intended to address this problem, was challenged as “reverse discrimination” in 1983, Cravath took on the case. Generations of the firm’s lawyers have worked on it since then, from arguing in front of the Supreme Court to making sure the county developed fair hiring procedures.

Birmingham’s police and fire departments now have similar numbers of white and African American police and firefighters. The county has also hired a human resources director, created an employee hotline, and set up an ethics and compliance office.

“You hear discussions of societal structural inequalities and wealth inequalities that are perpetuated by current inequities,” notes Michael Jones, a partner at Kirkland & Ellis. But these are built upon longstanding historical imbalances, he says.

In a case that lasted a dozen years, Jones led the firm’s pro bono efforts to address underfunding of historically black colleges and universities in Maryland.

Although legal racial segregation in schools ended in 1954, the era’s policies lingered on, and the state — at least, implicitly — continued to underfund the institutions, making it nearly impossible for them to remain competitive.

For Jones, the firm’s first black partner, one challenge is that civil rights laws are mostly forward-facing. “I don’t think [the laws] sufficiently recognise that harm done in the past has a continuing impact,” he says.

In addition to court litigation, the firm had to develop a media and public relations strategy to set the historical record straight on the reasons for underfunding. “The state, for so long, had been telling the history themselves,” he says — which had been misleading.

Before studying law, Jones attended Dillard, a historically black university in New Orleans, and notes the special mission that Dillard and other historically black colleges and universities (HBCUs) share: “We had instructors, equal parts black and white . . . who were really committed to the cause of helping students from lower socio-economic backgrounds to succeed.”

The impact of that legacy hit home when he saw how students and alumni of Maryland’s four HBCUs packed the courtroom, daily, during the six-week liabilities trial in 2012.

“I have never seen anything like it. It was standing room only and people were waiting in the hallways, wanting to sit in the jury box,” says Jones.

Kirkland finally reached a historic $577m settlement on behalf of Maryland’s HBCUs in April this year.

Addressing systemic racism through the law starts with asking “why”, says Brenna DeVaney, director of the pro bono practice at Skadden Arps, Slate, Meagher & Flom and co-president of the Law Firm Antiracism Alliance, a network of nearly 300 firms focused on dismantling racism in the law.

“We look, in partnership with legal services organisations, to try to understand: what’s the system or structure that undermines or has led to that situation?” she says.

“Until we make change there, we’re going to keep seeing the symptoms and manifestations of racism on individual lives.” 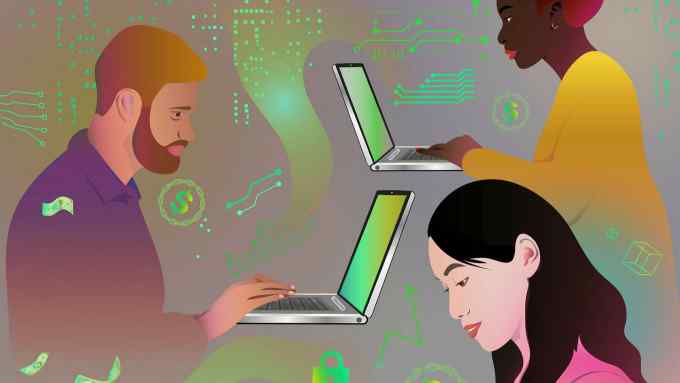