Hands up if you have ever lied to help your child. I don’t mean bending the truth to get your son or daughter to the doctor for an emergency appointment, or exaggerating something to get them out of a detested after-school activity. I suspect most parents will be guilty of occasional fibbing for their children.

But new research has revealed that thousands of middle-class parents are committing fraud to help their children — or perhaps, more accurately, themselves — pay lower car insurance premiums. How? By claiming to be the main driver of cars used predominantly by their offspring.

More than half of 1,000 parents interviewed by comparison website Gocompare admitted to the practice — known as “fronting” — or said they would consider it to save on the soaring cost of insurance. When asked why, most of the mums and dads said insurance costs were a “major concern” and a third of them said premiums were “far greater than expected”, calling quoted prices a “rip off”.

Their indignation is hardly surprising. As a relatively new mother, with the eldest of my two children having just turned three, I have been told to expect years of financially crippling child-related expenses. Couples aged between 30 and 40 years old with two children have about 30 per cent less in savings than those without children, according to research from Old Mutual Wealth. Its survey of more than 3,000 adults said that couples with two children save £188.32 a month on average, two-fifths less than the £265.30 saved by those without a family.

So when a child hits 17 and is eligible to drive, this comes after years of parents shelling out for after-school clubs and the latest teenage fashions — often on top of a series of expensive, albeit non-compulsory, overseas school trips. 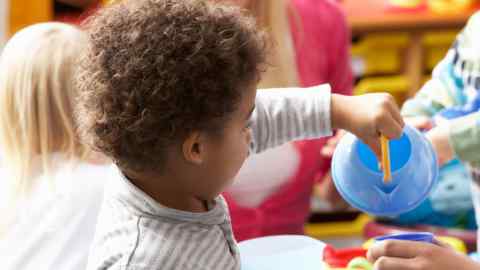 Paying for driving lessons is only part of the problem. Let’s assume the child can afford to buy and tax a small car, perhaps through a combination of savings and parental generosity. The big hurdle is the cost of the first year’s motor insurance, particularly for men. Young male drivers are often quoted annual premiums of £2,000 to £3,000, which can be greater than the value of the cars they want to drive.

But fronting can have serious financial and legal implications. If detected, insurers can refuse to pay out for any claims, or can attempt to recover the cost from the parent as policyholder.

Even worse, if the insurer declines to pay out, the young driver could be treated as uninsured and could be fined hundreds of pounds, prosecuted and automatically banned from driving. They will also inevitably face higher insurance costs in the future.

Don’t think you won’t be caught. Insurers say it is easy to identify a policy that has been fronted. It’s as simple as cross referencing whose credit card is regularly used to buy petrol or identifying where the car is regularly parked. Outside the young person’s university hall of residence is a classic giveaway.

But what about those parents who simply do not know that the practice is illegal? As well as educating parents we should ask insurers to do more. For example, when someone takes out a policy and adds their son or daughter as an additional driver, they should be clearly warned that lying about the identity of the primary user amounts to fraud.

So where does that leave parents and youngsters facing the exorbitant costs of insurance? Is there any legal way of reducing the cost of your child’s first year’s motor insurance, other than telling them to catch the bus until their mid-20s, when premiums for first-time drivers drop significantly?

There is hope. While fronting is illegal, adding another person, like a parent, who will also be driving the car as a named driver on your policy could reduce insurance premiums significantly. For example, adding a 50-year-old accountant who has no claims or convictions to a 17-year-old’s policy (based on the student living at home in Cardiff and driving a 2008 one-litre Vauxhall Corsa) would reduce the total premium by £187.83 to £1,308, according to Gocompare.

Personal Insurance
Slash the costs of your insurance premium renewal

Also, few people know that insurers may compete on different types of drivers, vehicles and regions, so there’s no such thing as a “best buy” car insurance for every driver. In fact, some of the premiums quoted for young drivers are so eye-wateringly expensive one suspects they don’t want your business.

If you can bear to put up with a Big Brother-style black box car insurance policy — where a GPS-enabled device is fitted to the car, sending information to the insurer about driving behaviour — you could see premiums drop even further. Your child gets the added bonus of accumulating no-claims discounts more quickly as they can show they are safe drivers from day one.

As a parent, it may not be your responsibility to look into all these options. But, let’s face it, if you don’t, it’s more likely to end up hitting your pocket than your child’s.