At the McQueen show, British model Stella Tennant wore a dress which captured the spirit of the collection. The Irish linen garment was covered in what looked like hasty sketches of dancing girls, which were in fact hand embroidered on to the dress. After the show, designer Sarah Burton explained the communal way in which it was created. Illustrator Julie Verhoeven hosted a life drawing class for Central Saint Martins MA students at the top of a McQueen store, and then The Stitch School, an organisation aimed at reconnecting girls and boys to embroidery, encouraged every member of the McQueen team to embroider the drawing onto a dress.

Burton said after her show that this collection was about, “the slowing down of time and having a moment to think . . . there is so much noise in the world. What was beautiful about this was the idea of community and the sense of people working coming together.”

The McQueen collection, shown to the sounds of a live orchestra, was one of the standouts of Paris Fashion Week; a symphony of craft, romance and drama. Burton also used beetling, an artisanal technique which gives linen a specific sheen, which is at risk of vanishing. The couture-level clothes were a mix of sharply tailored evening suits with romantic, slightly Victorian gowns, and even a few overtly sensual leather dresses held together with gold hoops in the mix. Highlights included a slim black suit embroidered with endangered flowers in hammered silver bullion and an utterly charming cocktail minidress made from rose silk organza gauze shaped into little tufts. 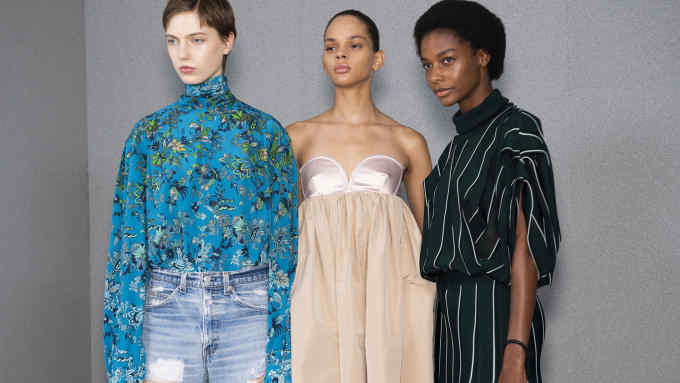