At the new Bond Street store of Georg Jensen — purveyor of luxury items to the Danish crown — the sales assistant answers quickly when asked where the jewellery was made: “Thailand.”

In 2003, the Danish lifestyle brand and silversmith decided to move the manufacture of its jewellery to Chiang Mai, in northern Thailand, while keeping silverware production in Denmark. “Given the underlying growth of Georg Jensen’s jewellery business and the company’s strategic long-term focus on the category, it was decided to build a greenfield factory in Thailand in the area of Chiang Mai, where craftsmanship is deeply rooted in the community,” says creative director Ragnar Hjartarson.

Georg Jensen’s move is certainly not an isolated case. However, few of its Mayfair neighbours would be so forthcoming about admitting that a portion of their stock is outsourced. A 2019 BCG-Altagamma study showed that labels such as ‘Made in Italy’ and ‘Made in France’ are considered a badge of superiority among consumers. Yet, as more Asian brands obtain global recognition, and the region’s importance as a luxury market grows, this moniker appears to become less important.

“Customers are looking for truly special, timeless investment pieces made of utmost quality that can be treasured for a long time, regardless of where the jewellery is produced,” says Libby Page, senior fashion market editor at the global supplier of luxury goods Net-a-Porter.

Several companies’ commitment to transparency has also meant that they are now more open about their supply chains. According to data from the Observatory of Economic Complexity, India tops the ranking of countries exporting jewellery — a market valued in 2019 at $101bn — followed by Italy, France, US and Switzerland, but also China and Thailand. Thai jewellery exports grew threefold from 2006 to 2017.

Thailand and China have a very long tradition in jewellery making but, recently, they have also produced star designers who have gained appreciation in the West. Notable names include Feng J, whose ‘Made in Shanghai’ necklace was sold for $2.6m at Phillips, Indian Viren Bhagat, and the Bangkok brand Kavant & Sharart whose creations are stocked by Harrods. Last year, a pair of ruby and diamond earrings fetched $30,750 at a Sotheby’s auction. 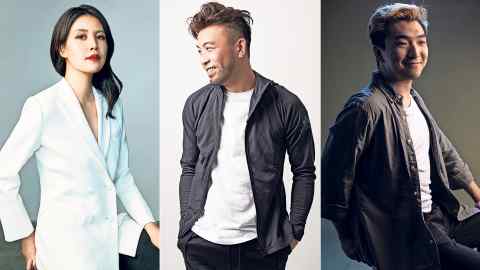 Valery Demure, a jewellery business consultant based in London, points to the ever-increasing costs of the brand-building marketing machine as the reason why manufacture is often outsourced to places able to match high-quality standards with reasonable prices. As a consultant, Demure often suggests moving the production to Turkey, Thailand, India or China if she notices that her clients’ products have higher costs, lower margins and less competitive pricing, compared with more established names.

“I understand that Western jewellers insist on telling the myth of making jewellery in their country of origin, but the truth is that clients would not care if they found out that some of their wares are produced in India or Thailand, as long as the brand is there to guarantee quality and ethical treatments,” she says. Given the recent guochao sentiment — the Chinese trend for products designed in China — and the interest in the ethical provenance of their goods, clients are signalling a preference for transparency over consistency of brand image.

While some European jewellers still want to be able to demonstrate that their production is based in their home market, others have long since embraced their “Made in Asia” credentials.

Having begun in the jewellery business 30 years ago, while living in Hong Kong, Annoushka’s founder Annoushka Ducas knew that she could carve a new niche for accessible fine jewellery by manufacturing in Asia. “India, Thailand and China all have very well-established jewellery manufacturing industries with access to highly skilled artisans and high-quality materials,” she says. “Each country is known for specific skill sets. Our workshop in Hong Kong is fantastic at colour grading and setting — which is so critical to many of my pieces. All of our micro-pavé is done there and at a price we could ill-afford to pay in Europe.”

Apart from the occasional customs delays and the time difference, Ducas does not perceive many differences in working with Europe or Asia — it always takes time to find the right craftspeople for the job and exact the high standards of the Responsible Jewellery Council.

The affordable prices of manufacturing in Asia — often less than half for comparable service in Europe — have helped new jewellery businesses. Sheherazade Goldsmith, co-founder of Loquet, originally considered producing everything in the UK. However, the choice of using 9ct gold as the cornerstone of her business model exposed her creations to a highly competitive arena, and forced her to move to Thailand and then on to China.

Bangkok offers the advantage of being a trading hub for coloured gemstones and has a large pool of expert gem carvers. Amsterdam-based Bibi van der Velden is enthusiastic about her Bangkok studio. “I have individuals who have enabled me to work with incredible materials, like 60,000-year-old mammoth and scarab wings.”

Well-travelled young creators purposefully choose Asian countries to incorporate a specific style and to make developing countries part of their narrative about giving back to society.

Designer Sophie Theakston has her symbolism-filled creations made in Rajasthan, India, where she could even have a say in the gold alloy to achieve her desired gold hue — not the way most European workshops operate.