We’ll send you a myFT Daily Digest email rounding up the latest Russia news every morning.

Greetings — as the Ukrainian president pointed out in his speech to the European parliament yesterday, it is becoming increasingly difficult to start the day with “good morning”.

Russia stepped up its bombardment of Ukraine’s biggest cities yesterday, with missiles killing at least five people near the Holocaust memorial. But Ukraine continues to put up a fiercer resistance than the Kremlin expected, with the Russian military seemingly badly informed and overconfident, as the Financial Times reports here. China meanwhile has stepped out of the shadow and signalled it was ready to play a role in finding a ceasefire in Ukraine.

With two outstanding pieces of the latest package of sanctions (agreed on Sunday) due to be published in the Official Journal today, we’ll look at the trials and tribulations the legal texts went through over the past two days and why it was so challenging to reach an agreement.

And with finance ministers gathering for an emergency Ecofin today, we’ll explore how the conflict in Ukraine is affecting policies and preparations for Russia potentially cutting off its exports of hydrocarbons.

The EU in recent days has adopted one package of sanctions after another at remarkably high speed, abandoning long-held taboos as they seek to punish Vladimir Putin for the war in Ukraine, write Valentina Pop and Sam Fleming in Brussels.

The unity has been impressive, since sanctions need to be passed unanimously by all 27 member states. But that does not mean that there hasn’t been serious political wrangling behind the scenes — as was apparent with two of the sets of sanctions expected to be published today.

First was a tricky debate over the names of the “select Russian banks” that would be excluded from the international messaging system known as Swift. An agreement was reached last night, according to diplomats, after discussions on how expansive the list should be. The final deal settled on seven lenders, as the Financial Times wrote here.

But some countries, including most prominently Poland, would have preferred a more far-reaching list, hitting a bigger chunk of the Russian banking sector, diplomats say. Among those that were excluded from the final list were Russia’s largest bank, Sberbank, and Gazprombank, an important player in gas payments in Europe.

Others, however, were anxious to keep the scope sufficiently narrow that the so-called de-Swifting effort does not badly impede flows of trade with Russia. Complicating matters further was the need to keep the US and other G7 partners on board. Publication in the Official Journal is expected today.

The second set of sanctions that took some time to pin down is the unprecedented move by the EU to ban two Russian outlets, Russia Today and Sputnik, not just from European airwaves but also their websites and their social media accounts.

The outlets are described as engaged in “propaganda actions” and “hybrid warfare” targeting not just Ukraine but also EU countries, according to the draft legal text seen by Europe Express.

Considerations of media freedom and the feasibility of the ban — which will have to be enforced by national authorities — led to some complex wrangling over the rules, which should also be published in the Official Journal later today.

European Commission vice-president Vera Jourova alluded to those concerns ahead of the sanctions being enforced today, while defending the new regime.

“Extraordinary times call for extraordinary measures. We all stand for freedom of speech but it cannot be abused to spread war propaganda,” she said.

Several Big Tech companies (Google, Apple and Facebook, but also China’s TikTok), some of which held talks with the European Commission in recent days, already announced they were banning RT and Sputnik from their platforms.

Shares in Germany’s defence sector have soared after the chancellor’s announcement over the weekend that the government was planning a huge injection into the armed forces in response to the war in Ukraine. The industry had been bracing itself for EU taxonomy rules that could have designated arms manufacturers unsustainable, restricting their access to capital — fears that have been assuaged. (More here)

Counting the economic cost of the invasion

The financial turmoil unleashed by the latest round of sanctions imposed by the G7 and its partners is focusing finance ministers’ minds not only on the intended damage for Russia but on the unwanted side-effects for their own economies, writes Sam Fleming in Brussels.

As Paolo Gentiloni, the economic commissioner, warned at an informal meeting of finance ministers in Paris last week, the EU will inevitably “pay a price” economically as a result of the Ukraine war and the penalties being imposed on Russia.

European economies have only a modest exposure to the Russian economy, which accounts for 1-2 per cent of their total trade, according to Oxford Economics (the US is even lower, at 0.5 per cent).

But the damage to confidence stemming from the war and the barrage of sanctions will take its toll — as will potential counter-sanctions by Russia.

Some sectors and companies will be disproportionately hit. A handful of EU banks, for example, are heavily exposed — most notably Italy’s UniCredit, France’s Société Générale and Raiffeisen, all of which have seen steep share-price declines in recent days.

More important at a macro level is the surging price of energy, as ministers prepare contingency plans in case Russia decides to cut exports of hydrocarbons.

Finance ministers will be discussing the risks at an emergency Ecofin meeting today, with the prospects of higher inflation for the EU and lower growth weighing heavily on their minds. “We still need Russian gas. We are looking at how to reduce our dependency,” said one EU diplomat. “The crisis has focused minds.”

Officials in Brussels are also chewing over the economic policy implications of the Ukraine crisis. The European Commission will today unveil its fiscal guidance for 2023, in a communication that will bear the imprint of Russia’s invasion.

While Brussels has been preparing to steer member states back towards a more neutral fiscal stance, the growing risks on the horizon mean that capitals will have to be ready to change tack quickly if necessary.

The commission has, for example, been planning to reimpose its Stability and Growth Pact next year after it was suspended by the Covid-19 outbreak. But the crisis has injected some uncertainty into that plan — even if it remains the base case.

In some member states, politicians are already talking about the need for a further extension to the grace period for another year. In Italy some members of parliament want to see not only an extension of the escape clause from the SGP but also a fund to be set up to compensate countries worst hit by sanctions.

If the crisis worsens such calls will only get louder.

What to watch today

[The EU] must find a way to answer our long wait . . . Give a sense that we are part of the family

Get alerts on Russia when a new story is published 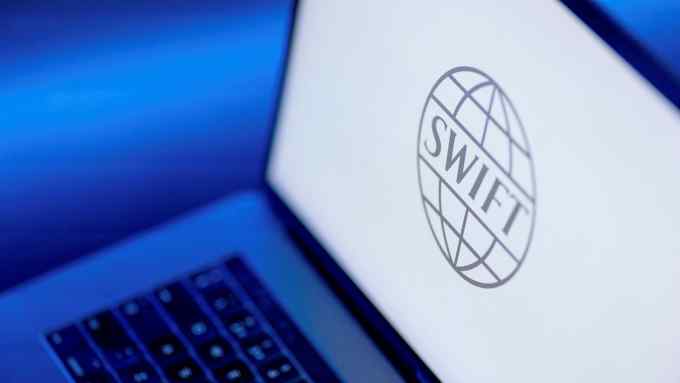