Five years ago, Joseph Mizzi went to Zambia as part of a volunteer group for World Bicycle Relief. The charity distributes bikes in the developing world to help people who live far from their work, school or market. “I went with no expectations, except the assumption that it was a good idea. But when I got back I couldn’t help thinking that people didn’t need wheels to take them further, they needed schools and clinics and grinding mills for their maize to be nearer.”

Mizzi made his fortune in construction and has worked on projects in New York, including the New Museum and the Morgan Library, as well as Julian Schnabel’s Palazzo Chupi (a recreation of an Italian palazzo in the West Village). He is, by training and by nature, a problem-solver. Not long after he returned from Zambia he set up the 14+ Foundation to build schools and orphanages in rural Africa. By 2015 he had built his first school, the Chipakata Children’s Academy in Lusaka, Zambia, with the architects Susan Rodriguez, Frank Lupo and Randy Antonia Lott. It has 250 pupils, and this year saw its first four alumni go on to further education.

At Design Miami this week, designs for the 14+ Foundation’s next project are on display: the single-storey Mwabwindo School by Annabelle Selldorf, the New York-based architect known for exquisite art galleries for clients including David Zwirner and Hauser & Wirth. This year the creative team behind Mwabwindo School won the watchmaker Panerai’s annual Design Miami Visionary award, presented at the fair.

Like everyone involved in 14+, Selldorf is giving her services for free. “At a time when cultural projects, for example, can’t be big enough or gestural enough, something like this is really appealing,” she says. “It’s about empathy and collaboration with the users, not entertainment and grandeur for people who have time on their hands.”

The African-American artist Rashid Johnson is creating a mural for the school, and the Swiss architects Christ & Gantenbein have developed a range of furniture that can be made by people in Mwabwindo village.

Like their building for Basel’s Kunstmuseum, completed in 2016, Christ & Gantenbein’s furniture is orthogonal and hard, flaunting its own materiality. In other words, the chairs are not exactly comfortable. Emanuel Christ calls them “elemental”. But they can be assembled without glue — the blocks fit together with wooden pegs — and will be durable in a climate that goes from beating sun to a rainy season that lasts from November to March.

Selldorf’s building is a gentler affair. Its walls are in bricks made from compressed earth by people in Mwabwindo, and its roof is corrugated iron with a plentiful overhang that seems to float over the whole classroom block. The shade it provides makes for a usable outside space on hot days and rainy ones. Solar panels on the roof will generate electricity; the water comes from wells.

Mizzi found both sites with the help of Nchimunya Wulf, a young half-Zambian, half-Danish woman he met when she was a sales assistant in Manhattan’s Burberry store. “I overheard him talking about Zambia, and I went and asked him why he’d gone there and what he’d been doing,” she says. They started meeting every couple of weeks and plotting. Wulf had left Zambia as a child, leaving behind her mother, who died when Wulf was 18. She vowed never to return to the country for purely personal reasons: “I only wanted to go back with a project that was constructive,” she explains. Eventually, with the help of her uncle and aunt (a civil servant turned farmer), she started looking for a community receptive to Mizzi’s scheme. The poor farming community of Chipakata, 26km from the nearest made-up road, made the cut.

First Mizzi organised the building of roads, then a grinding mill for maize, a shop and an irrigation system. Next came the school and a clinic: the heart of the community. The locals learnt new skills in the construction process.

Mizzi insists that it is not colonialism by another name. “Nothing is imposed. Everything is derived from research and conversation around what the local people want. If it isn’t what they want, it simply won’t work,” he says. Selldorf agrees. “It’s a totally porous situation,” she says. In 2016, the Chipakata Children’s Academy was used as a polling station; villagers were able to vote in the general election for the first time.

Mizzi doesn’t intend to stop now. “We might as well apply what we’ve learnt,” he says. “And we might as well use our skills — in construction, design and so on — somewhere other than New York. We can build a school in Zambia for $140,000, so why wouldn’t we?”

Further funding covers teachers’ salaries and other costs. The foundation now raises almost $1m a year through the time-honoured Manhattan methods of dinners and donations. Mizzi is hoping to raise a further $120,000 this week at Design Miami. “Enough to run a school for a year,” he says.

“It’s good to see a prize given to a shared idealistic movement, rather than an individual,” says Emanuel Christ. At a fair, where “design” usually means covetable collectibles, it certainly gives pause for thought. 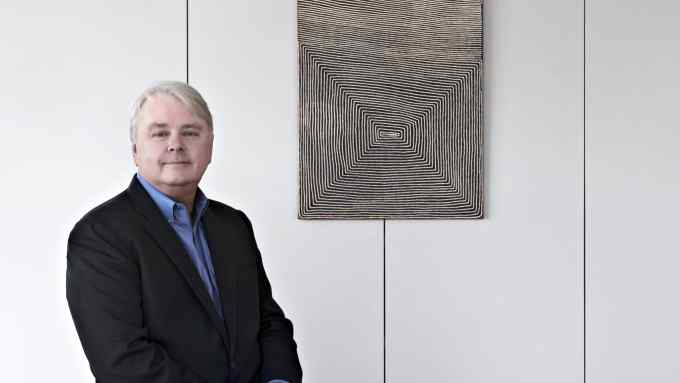