The pylons and wires that make up the world’s electricity grids are set to play an even more important part in providing power as the world moves to use zero-carbon energy. Immense change is coming, in which transmission lines will deliver electricity from remote solar and wind projects to energy consumers.

The towers and poles that hold up wires on electricity grids are now being relied on to support an energy system poised for immense change. Long-distance power transmission lines are critical to models for zero-carbon energy, delivering electricity from remote solar and wind projects to energy consumers.

At the same time, other energy resources — rooftop solar, household batteries, and “vehicle to grid” (V2G) — are redefining local distribution networks, able to. Increasingly, they will feed power back into a grid where once energy flowed only in one direction.

“You can reliably run a grid with 70 or 80 per cent of the electricity coming from wind and solar, but only if you have a major expansion of transmission,” explains Rob Gramlich, executive director of Americans for a Clean Energy Grid, an industry lobby group.

These changes are coming as policymakers push to convert car fleets and heating systems to run on electricity, instead of directly burnt fossil fuels. And they will increase the load on grids that can date back 75 years or more.

Meanwhile, utilities must protect their distribution systems from the wildfires, floods and hurricanes that have become more common in many countries.

In the US, President Joe Biden has made a renewed grid at the core of his central aim of his strategy to remove CO2 emissions from electricity production by 2035. His $2tn infrastructure plan calls for “laying thousands of miles of transmission lines” with at least 20GW of capacity to “move cheaper, cleaner electricity to where it is needed most”.

To avoid the land-use battles that have hampered many projects, the Biden administration has outlined plans to establish a grid deployment authority that would focus on running transmission alongside roads and railways.

In the UK, the National Grid has laid cables beneath the North Sea to connect to continental Europe. These include the world’s longest subsea power cable — a 720km line that brings hydropower from Norway to the UK. The utility plans to have 7.8GW of interconnections with Europe by 2024, according to National Grid’s chief executive, John Pettigrew.

“The bigger the network, the more interconnected it is, the more stable it is,” he says. “So, in Europe, for example, certain countries will be able to go to 100 per cent renewable — just solar and wind — knowing that the back-up, in the event those things aren’t there, comes through the interconnection.”

In Australia, the government has backed the A$22bn ($16bn) Sun Cable project, a 3,700km line that will feed solar-powered electricity to Singapore and eventually reach from India to New Zealand.

Then there is China’s vision of the Global Energy Interconnection, an ultra-high voltage grid that will move clean energy around the world.

In theory, solar power from daylight in one part of the world could light up night-time in another. But moving electricity across borders involves tricky political and technical challenges.

An ambitious project called Desertec, which would deliver solar power from north Africa and the Middle East to Europe, has never taken off despite decades of discussion.

Even expanding grids across long distances within one country can be onerous. In the US, processes for planning, choosing sites and allocating costs for transmission capacity all need improvement, says Peter Fox-Penner, director of the Institute for Sustainable Energy at Boston University.

As a result, what ends up getting built are “lowest common denominator” projects that “everybody can compromise on”, he points out. “And so, therefore, very little transmission is being built of the type that we need to decarbonise the system.”

But building miles of new transmission lines — while important at a general level — is not in every case the most efficient enabler of cleaner generation.

Power lines lose energy over long distances, while longer lines can be more exposed to natural disasters, as seen in the wildfires that have torched large areas of California in recent years.

The rapidly declining cost of batteries and other storage technologies could make it simpler to save excess renewable generation, rather than export it through a project such as the Global Energy Interconnection, argues Robert Stoner, deputy director of science and technology at the Massachusetts Institute of Technology Energy Initiative.

“As storage becomes less and less expensive, I think we will cross the point at which it’s simply a better option, and one that’s eminently more feasible,” he predicts.

The rise of distributed energy resources located at homes and businesses is beginning to break down old models of power delivery, in which central generators delivered energy to dispersed consumers.

A recent ruling by the US Federal Energy Regulatory Commission (Ferc) will even allow the owners of household solar systems, electric vehicle batteries and other small energy resources to sell their excess energy to the wholesale power grid. This will put them in competition with traditional generators.

The decision in Ferc’s so-called Order 2222 will not only modify longstanding utility business models but will also create a change in regulation of the grid.

“The interaction between the low-voltage ‘small grid’ and the high-voltage ‘big grid’, and the regulatory implications of it, are one of the big changes that we're experiencing,” Fox-Penner says. 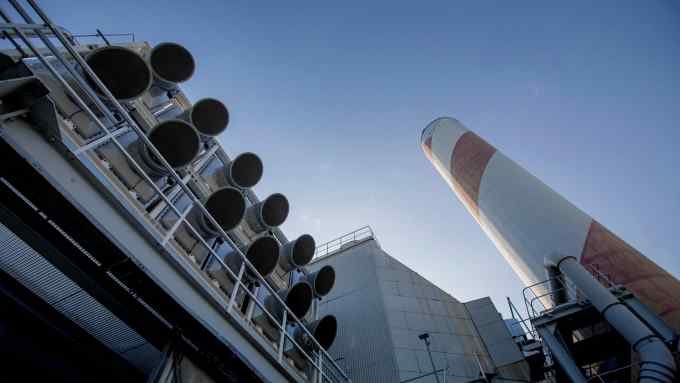