The blossoming of Japanese plum wine

With its sweet-tart finish and artisanal labelling, umeshu is ripe for wider recognition

Any moment now, the first plum trees in Japan will start to blossom and herald the onset of spring. Many of these fragrant blooms will eventually become ume – delicate plums with the appearance of apricots. Some will be pickled to make sour umeboshi. Others steeped in sake or shochu and sugar to make umeshu or plum wine.

With a sweet, tart flavour somewhere between Madeira and amaretto, and a gentle abv between eight and 10 per cent, umeshu is most often drunk as an aperitif in Japan, on the rocks or with soda. It has a history of being made domestically, too, a bit like limoncello or sloe gin. But while it is part of the cultural fabric of Japan, it is still rarely drunk in the west.

Umeshuya, a liquor store based in Osaka, is hoping to change that by selling its wares outside the Far East for the first time. Founded by third-generation sake merchant Hisao Ueda, it specialises in umeshu from small, artisan producers. What Ueda-san oversees isn’t just a liquor store – it’s an ark for Japanese craftsmanship, and almost all of the following examples are bottled exclusively for Umeshuya. They are made slightly differently, so they range enormously in style and flavour. And quite a few carry labels created by local craftsmen.

The amber Torotoro No Umeshu from Yagi Shuzo (shuzo means brewery) is at the more fruity/floral end of the spectrum – it has notes of peach, prune and waxy almond, and a lovely freshness. The painterly label, which depicts plum blossoms, is one of a series based on traditional Japanese playing cards. Others depict peonies, cranes and pine trees. Kyoto Umeshu, meanwhile, hails from Shoutoku Shuzo, a sake brewery in Kyoto that is almost 400 years old. Based on high-grade Junmai sake, it has a mouthwatering acidity and a touch of nutty umami that balances the sweeter, plummier notes.

The Kawachi Winery near Osaka makes umeshus blended with its own brandy – the result is a bigger, more potent drink closer to a digestif. Ebisu Fuku Ume is very sweet – imagine a mulled amaretto. Bishamon Fuku Ume cuts that sweetness with a sourness like kumquat.

FT SeriesWellbeing and fitness: How To Eat It in 2022
No udder option – next-gen plant milks 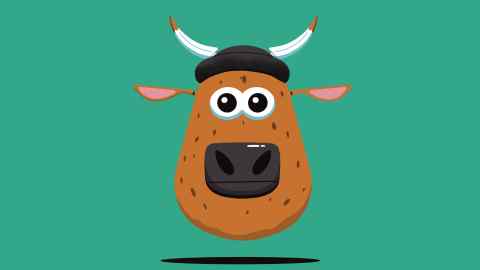 “Every year I visit sake breweries nationwide, from Hokkaido to Okinawa, and listen to the voices of producers and makers,” says Ueda-san. “I am most interested in learning how they apply the best of their regional climate, people, culture and traditions in sake-making. I want to buy sake and umeshu from producers who are full of passion for what they do.”