“If you’re a real watch collector, quartz is the Antichrist,” says the British artist Phillip Toledano. Which, for this “pathological contrarian”, is one the reasons he is drawn to 1970s Patek Philippe models with Beta 21 movements.

Big, bold and heavy, the quartz watches are not to everyone’s taste. “It’s like wearing an ingot of gold on your wrist,” says Toledano.

But his is not the only eye caught by what he calls the “beautifully insane” designs. Auction houses are reporting increased interest in the wider Beta 21 market as collectors seek to get their hands on a rare piece of horological history.

The Beta 21 movement, created at the Centre Electronique Horloger in Neuchâtel in 1969, was the result of a collaboration between 20 Swiss manufacturers keen to modernise and combat the threat posed to mechanical watchmaking by the development of quartz technology.

This first mass-produced Swiss movement — 6,000 were shared between the participating brands — was accurate to five seconds a month. But its size was such that it required a huge case. “We worked out that the gold weight alone for one of the Omega Beta 21s was about £4,000,” says Jonathan Darracott, global head of watches at Bonhams.

Beta 21 watches were “a commercial disaster”, according to Darracott. “They were so expensive and superseded very quickly by all things Japanese and quartz, and then by even their own companies making quartz watches on a much better level where the costs were not so high.”

But they are finding fans now, thanks to their unique look. “It’s reverse chic, isn’t it?” says Darracott. “They are so ugly that they actually look quite cool and they’re noticeable.”

There is also increased knowledge about their rarity. Sotheby’s sells 4,000-5,000 watches a year but perhaps only one Beta 21 per season. “They’ve got a cult following and really are very fashionable today,” says Sam Hines, worldwide head of watches at Sotheby’s. “In the last 10 years we’ve seen prices in some cases go up maybe 10 times.”

Among the most sought-after models is Rolex’s first quartz watch, the reference 5100, nicknamed “The Texan” thanks to its popularity with oil tycoons on its release. While there is no definitive total of watches produced, it is thought an initial run of 1,000 was made between 1970 and 1972. Sotheby’s sold a 1970 white gold and diamond-set grey dial version — the first of its kind seen in the auction market — for HK$1,197,000 ($155,000) in October, double the high estimate.

For Toledano, the Rolex Beta 21 watches were “a very sensible evolution of [the] then contemporary Rolex design . . . whereas Patek jumped off the bridge and I really admire that audacity”. Having bought his first Patek Philippe Beta 21 watch about three years ago, he now has four to his name. He likes the integrated bracelet which, he says, shows the company considered “the entire watch as a sculptural element”.

Toledano is not alone in his admiration. “I certainly notice that people are more curious when I post them [on Instagram]. When I used to go to the weapons-grade, nerd-level watch get-togethers and I’d wear one, people were always interested,” he says.

That said, Eric Wind, owner of US-based online watch retailer Wind Vintage, has only bought one or two Beta 21 pieces since founding his business in 2017 because “they are not the easiest to sell”. Aside from the watches being “an acquired taste”, he says clients are nervous about the movement breaking and being irreplaceable. “That’s what probably prevents a lot of people from buying,” he says.

Those who do buy are getting what Wind calls a “very 1970s” look at a fraction of the price of some of the era’s best-known models. “These things are relatively inexpensive compared to things like the [Patek Philippe] Nautilus from the 1970s or the [Audemars Piguet] Royal Oak that can be five times or more the value,” he says.

Wind says the value of Beta 21 watches has increased with the value of gold. “If it’s certain brands, you buy these watches based on gold weight — no joke, because that’s part of the appeal,” he says.

Darracott thinks prices have yet to peak. “There might be quite a few [Beta 21 watches] out there that were melted down a long time ago, so they’re pretty rare beasts,” he says. 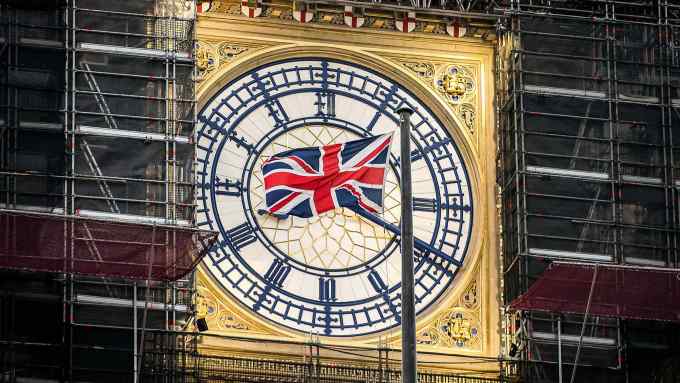