The great beauty reset: how to reboot your skin

The past few months have played havoc with our complexions. But these high-tech new launches should get us glowing again

I’m not saying my skin has aged significantly this year but my six-year-old recently asked me why I had a “six-pack”… on my forehead. After six months of stressful days, sleepless nights and home-school nightmares, it’s become apparent that matters need taking in hand. And there’s something about the early autumn, with its nip in the air, and its new-found appreciation for proper, non-negotiable routines that feels right for a skincare overhaul.

Fortunately, the season’s big skincare launches abound with new ways to “reset” your skin, from serious, sleeves-rolled-up “jump-starting” regimens, which last up to a month and deliver a rapid burst of intense reconditioning, to new strategies that claim to “detoxify” your daily regime without your having to so much as cut down on caffeine.

Sorting out most modern-day skincare complaints – from sluggish cell turnover caused by tiredness and stress to overstimulated skin (a result of using products not suited to one another), to undeserved lacklustre complexions caused by outdated products – requires a bit of a reboot. It could be a facial; it could be a peel. But in the days when we’ve all become beauty hobbyists, performing DIY facials like pros, it could also be a pleasurable at-home experience for the price of a couple of decent salon treatments.

Dr Anita Sturnham, a London-based GP specialising in dermatology who launched her own excellent skincare line, Decree, last year, became so aware of how many of her patients – “especially those suffering with breakouts, pigmentation and dehydration” – needed a thorough overhaul that she recently launched her own two-week Skin Reset Kit. Sturnham believes 90 per cent of the skin issues she sees are “self-inflicted… simply by using the wrong products” and that “stripping your skincare right back” is an essential step for getting the best from your skin.

Another recent reset kit is Budapest brand Omorovicza’s The Cure programme, which in nine days cycles through an acid phase (to resurface), a “remineralise” phase (to stimulate microcirculation) and a “reconstruct” phase (for renewed elasticity). You can repeat it every three months, ideally to coincide with the change of seasons.

One of the best known brands for an intensive treatment is that of anthropologist-turned-dermatologist Dr Phillip Levy. A Geneva-based wound-healing specialist, he believes that only via resetting can you achieve some of the most visible anti-ageing results – and his Ultimate Stem Cell Spring Homecure (the “spring” means spring clean but it can be started any time) is legendary. “Many of the ‘cures’ we have studied over the years seem to be everyday products nicely repackaged,” he says. “But to have something truly transformational, they need go deep enough to stimulate your own collagen, elastin and hyaluronic acid production, and last four weeks – or even eight… or more.”

It’s true that these regimes work best when they feel elevated from the everyday. And when it comes to products with a built-in sense of occasion, no one does it better than Sisley. Even before you get to the science – and the scents, and the textures – it has a particular French earnestness that makes every product feel like an event. Which must make L’Intégral Anti-Age La Cure, its new skin-resetting regimen, at £775 for a four-week supply, a veritable tapis rouge.

For each of the four week-long phases – Impulse, Reset, Consolidate, Renaissance – there’s a phial of creamy serum, about the size of an eye cream. You use each one for seven days, applying eight pumps of product morning and night (this feels a lot, and it takes a few minutes to properly sink in). You can follow with eye cream or moisturiser if you want to, but I didn’t feel the need. The bottles have been slightly overfilled so as to ensure you don’t run out, but when you get to the end of the seventh day, you must start the next one nonetheless. (This feels wasteful, but I was assured by Sisley’s training manager Lorna Green that I could save up these last drops and use them a couple of weeks after the course, as a further boost).

The formulation works on the skin’s mitochondria – the “batteries” where cellular energy is stored. They lose the ability to restore themselves over time, particularly during intense periods of stress and hormonal changes, so following either one of those would be an ideal time to try it. The breakthrough was the discovery of the mechanisms of a process called autophagy (for which Japanese biologist Yoshinori Ohsumi won the Nobel Prize for medicine in 2016), whereby damaged cell components such as mitochondria destroy themselves to protect the rest of the cell. La Cure boosts the elimination of these waste elements, allowing the healthy cells left behind to soak up energy and regenerate – promoting the appearance of healthier, more youthful skin. In skincare terms, this is no mean feat.

Where the real technology is happening, it won’t be long before they eclipse the big jars of moisturiser completely

It sounds intense – and it’s certainly super-active: by the end of the first week I had a small, yet determined, spot on my chin (which I cannot believe was a coincidence) and a little more redness than usual, too. The following week, “cell detoxification week”, my skin was starting to feel unusually smooth. By the end of the fourth week, my skin was smoother and clearer than I can ever remember. It’s also, though, a real example of skincare as self-care: as much as the thought of a radically rejuvenated complexion, the daily reminder that you’ve sidelined your usual clutter of products in favour of something exceptional is almost enough to bring on a glow.

With any reset complete, the focus should then be on keeping your skin detoxified and renewed. One update worth looking at is a serum. Whereas the luxurious face cream at the end of your regime used to be the jewel in any skincare crown, these days lightweight serums are where the real technology is happening, and it won’t be long before they eclipse the big jars of moisturiser completely.

While serums used to be a targeted addition to your face cream – specifically for age spots, say, or wrinkles – the best new ones are genuinely impressive all-rounders. Estée Lauder has just revamped Advanced Night Repair, one of the first ever mainstream skin serums and a product so ubiquitous that among beauty editors it has acronym status. (See also: Clinique’s DDML, aka Dramatically Different Moisturizing Lotion). And in October, Suqqu, which hails from Japan – where serums have been the mainstay of skincare much longer than here – will launch Vialume, its most advanced line yet, containing glucosamine and amino-acid derivatives designed to target all five key characteristics of great skin: moisture, firmness, smoothness, translucency and brightness.

Another product gaining increasingly scientific status is face oil, which should no longer be dismissed as the preserve of the militantly natural beauty brigade. Augustinus Bader, the world-leading wound-healing specialist whose Rich Cream was the runaway skincare success of 2018, has just launched The Face Oil, which contains a slew of delicious-sounding oils – argan, babassu, hazelnut, karanja – as well as a healthy dose of TFC8, the complex of vitamins, amino acids and synthesised molecules that has made Bader’s products famous. Meanwhile, RéVive Glow Elixir Hydrating Radiance Oil is bronze in colour and slightly shimmering – although unusually, it leaves no evidence of glittery particles. Alongside a cocktail of seed oils, it contains the brand’s signature Bio-Renewal Protein, rendering it a real skincare/make-up hybrid – and a great transitional product for this time of year.

How To Spend It
The future of the beauty business

Another need-to-know – and a great option particularly for younger skin – is Rihanna’s new Fenty Skin line. There’s Total Cleans’r, which would work especially well as the first step of a double-cleanse, and Fat Water, which Ri-Ri calls “a toner-serum hybrid” – but it’s the Hydra Vizor daily moisturiser that triumphs. This so-called Invisible Moisturizer has an SPF30 that leaves no white cast to the skin whatsoever, primarily because the product has a gorgeous pinkish hue and a blurring effect. The ghostly pallor left behind by so many SPF products is a particular challenge to people of colour – and this range was designed “to work seamlessly with make-up on all skin tones”. It also smells great – juicy with just the slightest medicinal tinge – and comes in a refillable tube.

The recently launched skincare brand U Beauty wants to reset not just your skin, but the way you think about your whole regime. “We’re all doing too much,” says founder Tina Craig, who until two years ago was working as an influencer/ambassador for the world’s biggest skincare brands but admits being “as confused as anyone” about what to use; she had ended up with a 13-step skincare routine. “I started noticing that everyone I knew had skin that looked translucent, which is not how it should look,” she says. “Then I looked at my grandma and relatives in Asia, and their skin was not like that. It was thick. Dense. Firm.”

U Beauty is her answer to what she calls the “cosmetic confusion”. Its first product, the Resurfacing Compound (which sold out three times on UK stockist Net-a‑Porter), was designed to replace toner, vitamin C, hyaluronic acid, AHAs, physical exfoliants, antioxidant serums and retinol products. From this month, there’s also Super Smart Hydrator, a moisturising serum that seeks out damaged cells and “only treats the skin where it needs it”. Bookend these two with cleanser and SPF, says Craig, and you’re good to go.

Finally, could we reset the way we use products altogether? New brand Noble Panacea is overseen by a scientific heavyweight: Sir Fraser Stoddart, who was awarded the 2016 Nobel Prize in chemistry. A microscopic delivery system releases its active ingredients into the skin in a programmed sequence, and it comes in individual doses packed in mini sachets to ensure the optimal amount of these ingredients stays potent until the minute it reaches your skin.

On the one hand, they feel counter to the idea of luxury face creams – more like a free sample from a beauty hall – but on the other, the boxes made from renewable materials and ultra-hygienic 0.5ml doses feel modern and Covid-safe. (You can send them for recyling in a complimentary envelope to TerraCycle, with which the brand has partnered). And if nothing else, as its global ambassador it has snapped up the actress Jodie Comer, who must have been pursued by every beauty company under the sun – and as far as I can tell, there’s no sign of a six-pack on her forehead. 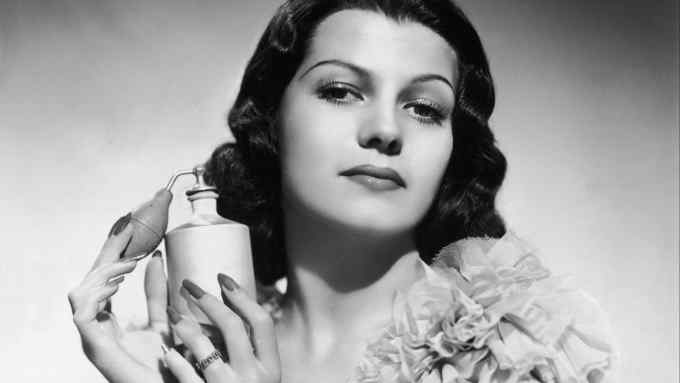