The two big reasons to doubt the global boom 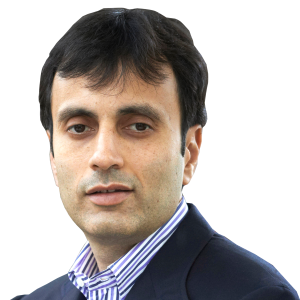 Though economists expect the reopening boom in the global economy to roar through the coming quarters, there are two increasingly pressing reasons to question its strength and length: China and the US. The two superpowers are the locomotives of global growth, but cracks are appearing in their economic engines.

China alone accounted for more than a third of growth in the world economy over the past five years. Today a 1 percentage point slowdown in China shaves a third of a point off global growth in gross domestic product, so the world has reason to worry when Beijing tightens the screws. That’s happening, with the crackdown on the tech sector.

In recent years, as the old economy industries of the commodities and manufacturing sectors have become mired in debt and decay, China’s boom has been sustained by a new economy, concentrated in the tech sector. Over the past decade, the digital economy’s share of China’s GDP has quadrupled to a staggeringly high 40 per cent.

But tech giants could pose a standing challenge to the ruling party at a time when it tries to revive the socialist values of early revolutionary years. China had no tycoon worth more than $10bn a decade ago; now it has nearly 50. Over the past year, China generated 238 new billionaires, more than twice as many as any other country. Most of that wealth arose in tech.

The crackdown has been cast as a healthy move to contain monopolies, or as a state bid to gain control over big data. It is, however, also an unsurprising response by the Communist party to this unprecedented explosion in wealth and inequality.

This new campaign follows an old pattern, going back at least to economy tsar Zhu Rongji in the early 1990s. China has risen as an economic superpower over the past four decades as the state retreated, freeing capitalists to generate growth. But at times state managers step in to restrain capitalism when its apparent excesses — of corruption or debt bubbles or inequality — grow too glaring for their liking.

Often the campaign has been accompanied by a slowdown in the economy but ends before the damage goes too far. Nearly a decade ago, Beijing launched a massive anti-corruption drive that cut down many rich tycoons, who were soon replaced by a new breed of tech magnates.

This time the stakes appear higher. It’s hard to see how any other sector could make up for a shock to the digital economy, and the damage is already clear. Since the crackdown began, the market cap of Chinese tech has fallen by a third, or around $1tn. The rise of new tech unicorns has dried up. And it’s not clear that Beijing is prepared to back off yet, given how powerful the tech giants have become and the widespread belief that data is the new gold.

The US is the world’s second economic engine, representing about one-fifth of global growth over the past five years. Many forecasters assume that the global recovery will get a huge boost from the $2.5tn in additional savings that Americans squirrelled away during the pandemic and will presumably now spend as the economy fully reopens.

However, that is not how consumers behaved in the past.

As a recent article in Barron’s pointed out, excess savings have been released in spending sprees only in nations that were defeated and destabilised in war, where consumers feared their currency might soon be rendered worthless. In the US, the last major episode of forced saving came under rationing in the second world war. America won and, rather than spend wildly after the war, Americans sat on those extra savings for years.

Conditions are similar now. Americans have chosen to spend only about a third of their pandemic stimulus checks, saving or paying down their debts with the rest. The new Delta variant threatens to reinforce this caution.

The US is also approaching a “fiscal cliff”. New government spending will plummet sharply in coming months. Most economists are banking on extra strong consumption growth to pick up the slack. But history is not on their side. After a stimulus sugar rush, growth tends to fall back quickly.

Signs of engine trouble are flashing in China and the US, which in recent years have accounted for over half of global growth. While the debate raging in financial markets focuses on whether the uptick in inflation will be transitory, it is time to ponder the possibility that the economic boom will prove more transitory than expected.