Where to find warm welcomes, cool cocktails and hip hangouts

Chicago is like a city in an old cartoon where they show a big metropolis with a train going around it. That’s the “L”, our elevated train system that connects the north, south and west sides of the city. You can see the trains cutting through and over the streets – it’s just surreal. I’ve been here since 2007, a year after landing my first photography job. Before that I barely knew what the Midwest was – I’d never really travelled past Connecticut, where I grew up. Today it’s home: I have a son here and my parents have moved to the city. The Midwest has been lovely and welcoming.

Uptown, the neighbourhood I’ve always lived in, has changed a lot since I arrived. Back in the day this was Chicago’s entertainment district, so it has all the old theatres, the largest of which is currently being restored. We also have some gorgeous beaches: I live four blocks away from what looks like an ocean, but it’s actually Lake Michigan.

Coming from New England, I love green spaces, and Cricket Hill, one of the only hills in the city, is right down the street. It was made in 1948 to accommodate our beaches: they took the soil from a nearby construction site and turned it into a perfect green mound. Richard Daley, Chicago’s mayor at the time, was supposed to have said, “Every good city needs a good hill.” And that was that! It inspired my photography series Same Hill, Different Day, where the locals are like actors, the hill is a stage, and I watch it change every day. I’ve been documenting it for about 14 years now.

During the colder months – which can be very nasty – I get my dopamine hit from Garfield Park Conservatory, a giant glasshouse built in the early 1900s. In winter it feels like one of the only places you can get warm, walk around in greenery and smell moss.

I get my dopamine hit from Garfield Park Conservatory, a giant glasshouse

Chicago isn’t known for its fashion as much as other places, but we’re getting there. My favourite shop is Notre, which first opened in Andersonville – what we call our “Swedish gay neighbourhood” – and sold clothes that no one else was really offering: independent designers like Craig Green, Reese Cooper and Wales Bonner. Now it’s based in a beautiful shop in the West Loop that’s made entirely out of Chicago common brick, the historic clay bricks we started making after the Chicago Fire of 1871. Shopping-wise, I also love Merz Apothecary, a pharmacy that might prescribe you mandarin oil for a mild cold and stocks amazing fragrances and candles.

It’s kind of stupid how good the food is here. For special occasions I like Cherry Circle Room, the restaurant inside the Chicago Athletic Association, a gorgeous hotel near Millennium Park. It used to be a gentlemen’s sports club and the current owners have created something that recalls the look of its 1890s heyday; I go with my dad and order steak, sauce and some bubbles. Recently I’ve also been eating at Kasama, where my supper club hosted an event. It’s a Michelin-starred Filipino restaurant in West Town, which is cool because my son’s mum is Filipino.

If you can face the journey, Calumet Fisheries, a small shack on 95th Street, serves some of the best smoked fish I’ve ever had; my favourite is the pepper and garlic salmon. Old Fashioned Donuts, another South Side institution, is a 15-minute drive away. The owner is 83 now and you can see him in the window making his simple glazed doughnuts. They’re so good – but again, you really have to work to get there.

I’m always on the hunt for the perfect Alaska, a gin-based Martini with yellow Chartreuse. The best I’ve had so far has been at Lula Cafe, one of the many bars in Logan Square. When I go out, I like sitting next to people – not across from them – and Lula Cafe has a great “sit next to me” vibe. Back in Uptown, another good spot is the Green Mill, a jazz club that’s been here since the Al Capone days. Going there is like being transported to the 1920s: it’s wild, it’s beautiful and it’s one of my favourite places here. 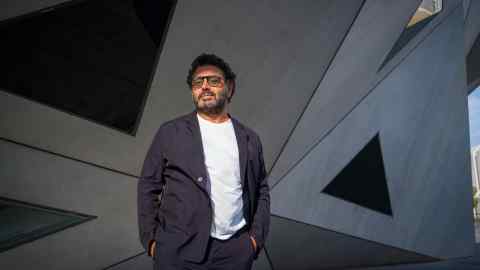 Chicago’s nightlife, especially the queer nightlife, is amazing. The Green Mill plays jazz until two in the morning, and we also have two great dance parties: Slo ’Mo at Sleeping Village plays R&B and smooth jams, while Queen is on every Sunday at Smartbar. The city is known for its house music, and Smartbar is a spot where house music is glorified. The drag queens come here and the club kids come here. They put on a look, walk around and just show up and show out.