Bourse’s ETF trading volume last year exceeded that of all other Asian markets at $2.36tn

Assets held in Shanghai-listed exchange traded funds soared to a record Rmb1.14tn ($180bn) by the end of 2021, a 26 per cent increase on the previous year, according to data published by the Shanghai Stock Exchange.

The exchange also noted that the percentage of ETF-only retail investors who made a profit last year surpassed those who invested in both stocks and ETFs.

The assets held in the approximately 400 ETFs listed on the Shanghai bourse represent more than 80 per cent of the total value of China’s onshore ETF market, according to the latest annual report published by the exchange.

With the addition of those listed on the Shenzhen Stock Exchange, Chinese ETFs held Rmb1.41tn in collective assets at year end, up 28 per cent from the start of 2021.

Shanghai’s ETF market has been the second-largest in Asia since it took over Hong Kong’s nearly a decade ago. It now trails only the Tokyo Stock Exchange, which had $543bn in ETF assets as of end-2021, according to Bloomberg data quoted in the report.

In terms of annual turnover, however, Shanghai’s ETF trading volume last year exceeded that of all other Asian markets at $2.36tn. Globally, it lagged only the New York Exchange and Nasdaq, which recorded turnover of $26.2tn and $8.37tn respectively.

According to the new report, there were a total of 5.45mn investment accounts with Shanghai-listed ETF holdings as of end-2021, up one-third from a year ago. For about 2.1mn account holders, trading ETFs on the Shanghai bourse was the only investment they undertook last year.

Of these ETF-only investors, more than one in 10 were college-educated women in their thirties living in either the affluent eastern provinces of Jiangsu or Guangdong, or the municipality of Shanghai, according to the report.

Over two-fifths of the 2.1mn active traders of ETFs, or 61.3 per cent, generated a profit via their strategies last year. The figure was almost 10 percentage points higher than for those investing in both Shanghai-traded ETFs and equities, at 51.5 per cent.

The report also notes that retail ETF investors tended to be relatively long-term investors. They held onto their ETF units for an average of 71.8 days last year, more than double the time the typical investor in the Shanghai bourse did in 2020.

The annual turnover of Shanghai-listed equities ETFs totalled Rmb6.56tn, which in turn represented 5.8 per cent of the overall trading activity on the Shanghai bourse.

The market value of ETFs listed on the Shanghai bourse surpassed Rmb1tn for the first time at the end of March last year, after assets surged almost 60 per cent year on year during 2020.

A number of niche ETF strategies were launched for the first time on the exchange last year. China’s first three actively managed ETFs were listed in Shanghai on December 10, amassing a total of Rmb4.5bn in initial funding.

ETFs that track stocks listed on the Shanghai, Shenzhen and Hong Kong exchanges also debuted last year. A total of 24 such strategies had completed their listings in Shanghai as of end-2021, overseeing Rmb7.2 billion in combined assets.

The latest report says it will continue to promote product innovation via equities ETFs that are “conducive to national strategic interest” — code for thematic ETFs such as carbon neutrality and semiconductor self-sufficiency, as well as interbank bond ETFs and ETF options.

The Shanghai exchange also highlights that a consensus was reached at the end of last year among mainland bourses and their Hong Kong counterpart on the inclusion of ETFs in the Stock Connect programme.

On Wednesday, Hong Kong’s finance chief said in his annual budget address that “the mutual access of ETFs is expected to be implemented soon”. 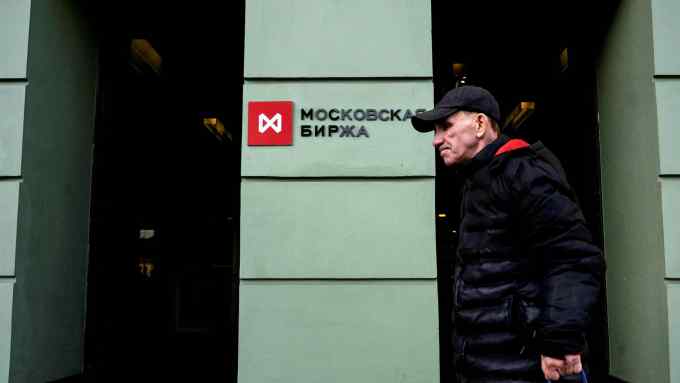