Ready for the e-bike evolution?

They’re getting lighter, faster and will go much, much further – we catch up with the latest models

I was once an e-bike sceptic, minded to think their batteries and motors were little more than costly follies in their infancy. It was only on a family summer holiday to the Alps with a fully loaded baby trailer and an uphill incline that I decided to set aside prejudice and rent an e-mountain bike. Marvelling at the featherlight touch and effortless propulsion, I was seriously impressed – intoxicated even – at how the e-bike had come of age.

E-bikes are now hugely popular. They are currenlty the best-selling electric vehicle in Europe, with 4.5m sold in 2020, and account for nearly one fifth of all bicycle sales. With this seemingly unstoppable groundswell, there has never been such a compelling time to buy: e-bike components are getting smaller, lighter and more efficient. Bosch eBike Systems has been powering e-bikes since 2011 and is one of the biggest and most trusted names in the business. Its fourth-generation top-end motor – the Performance Line CX – is an impressive 25 per cent lighter than the previous iteration and offers pedal assistance of up to 340 per cent. Bosch also just released its new 750Wh battery that could offer a range of up to 200km.

Cowboy, a Belgian smartbike startup, is aimed squarely at the urban user and offers its bikes in step-over or step-through (the ST) frame options. Its recently released fourth-generation bike (£2,490) benefits from some neat upgrades including 50 per cent more engine torque (45Nm) and an integrated smartphone wireless charging mount on the handlebars – a lovely touch making navigation a piece of cake too.

It’s all about the simplicity – the bike has no buttons or screens (just an LED battery indicator), no gears or adjustable assistance levels – which is quite unusual for an e-bike. I particularly like the fact that it has a Gates carbon belt rather than a chain – it’s quieter, grease-free and boasts a vastly increased lifespan of up to 30,000km – and the 360Wh battery, housed at the back of the downtube, can be removed. Weighing 18.9kg, it can be carried up a flight or two of stairs without too much bother, and the handlebars are not too wide if it’ll be stored in the corridor at home.

Dutch brand VanMoof’s S3 model (£1,998) shares many similarities with the Cowboy but there are differences – plus, it’s considerably cheaper. It has four automatic shifting gears and a larger 504Wh battery (although this is integrated meaning there are fewer options for charging) and its boost capability is impressive – press a button on the handlebars and you can pull away from the lights quicker than anyone else. VanMoof offers a three-year warranty versus Cowboy’s two, but they both offer a very slick aftercare experience which should see any issues painlessly resolved.

If angular aesthetics, chunky tyres and matt finishes aren’t your thing, but you still want the latest cutting edge e-bike tech, perhaps the sound of one fitted with a traditional Brooks leather saddle as standard might set the right tone? Bristol-based Temple’s newly launched e-bike (£3,185) is equipped with the latest Bafang 250W motor, smoothly delivering an impressive 80Nm max torque with five adjustable assistance levels. Combine this with a removable 504Wh battery offering a great range of up to 120km, a high-quality aluminium frame and weight of just 19kg, it’s a hugely compelling option in a sleek and classic looking package, well suited for commutes or country-lane cruises.

There are e-bikes to serve many specific demands. For instance, when it comes to range, the WAU X Plus (£2,490) offers perhaps the longest of any urban e-bike. With its huge 900Wh Samsung battery, it has a range of up to 160km, with a full recharge time of just six hours, and the motor is a top-end Bafang. WAU has a keen eye on its environmental impact too, and will soon be launching a buy-back scheme to give its batteries a second life in uses such as solar roof energy storage. Then there’s Specialized’s Turbo Tero (from £2,900), a newer version of the mountain e-bike I rode in the Alps. Robustly built and versatile for use in nearly all scenarios from offroading to commuting – it has a hugely powerful motor and the top-end version features a large battery (710Wh) for extensive range.

Ecargo bikes is another category that is soaring in popularity – for city living, they offer a viable alternative to the car. Broadly speaking, they come in two forms: the more conventional box bikes, with the cargo area positioned between the rider and front axle, and then there’s the newer longtail category. The latter’s design is much like a tandem, but the space behind the rider is for cargo of up to 70kg – whether that’s two children or groceries – so they’re hugely versatile and feel much more like riding a normal bike.

The Moustache Lundi 20 has the option of two 500Wh batteries for huge range, it’s fitted with a top-end Bosch CargoLine motor and has substantial rear racking suitable for panniers and a host of different fittings. The small 20in wheels bring agility and have mud guards including blocked sides on the back wheel to prevent snagging any precious cargo, and the internal gearing and Gates belt drive helps keep maintenance requirements to a minimum. Starting from £4,299, it’s not cheap, but for a user with the right set of circumstances, it’ll be worth it.

Conversion kits to electrify non e-bikes have also come of age. Swytch’s are hugely popular – selling 17,000 units in 2020 alone – and they’re brilliantly universal, fitting onto almost any bike. The 1.5kg hub motor – producing a respectable amount of power (40Nm) sufficient for city use – is mounted within a front wheel that you can simply fit onto your bike. The 1.5kg battery sits in a canvas bag on the handlebars and is available in a longer range 50km PRO version, or 35km for the ECO, the difference purely down to the quality of the battery cells. At £1,250 and £999 respectively, it’s still an investment, but an offer at the beginning of each month allows you to pre-order to get a 50 per cent discount. If you’re less technically minded, probably book in with your local bike shop for installation.

More discreet is the Cytronex C1 (£995), which cunningly disguises a smaller 180Wh battery as a water bottle on the downtube. At just 3kg total for the whole kit – including a front-wheel hub motor producing 42Nm of torque – it’s perfect for commuting, or intermittent boosts on longer road cycles. Bafang also make conversion kits, and if you’re looking for something that more closely equates to a purpose built e-bike, its mid-drive motor kits (from £439) mounted in the bike’s bottom bracket shell – with motor options from 250w to 1000w and high-capacity 36V to 52V batteries – are a great option.

Test ride before you buy if possible, and enjoy the new world of possibilities e-bike ownership will open up.

Explore the series
READ MOREWellbeing and fitness: the cool guide to winter cycling
Mark Cavendish: how to get the best from winter cycling 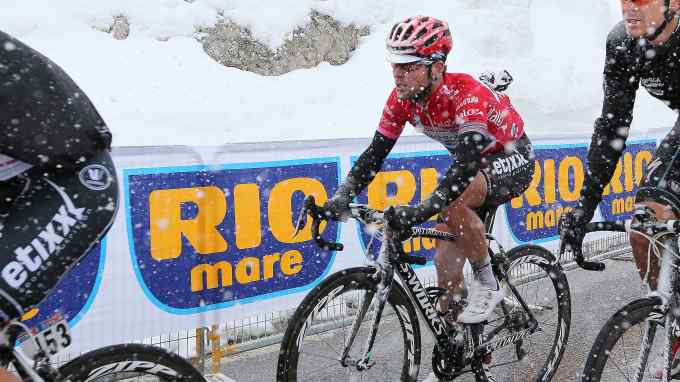