Accept & continue
Manage cookies
The click-fit club: tech to take your health to the next level
See all 10 stories
HTSI  Wellbeing and fitness

Top tech for the great outdoors

Built in Poland to a scintillating standard, this electric bike’s giddy-up comes from a 250-watt motor in the rear hub and a big, removable battery, which gives 70km of range. It is also a smart bike with AI features that is wholly connected via your phone acting as control panel, navigation and dashboard.

The motor gives you a little kick when you start but thereafter leaves you to pedal, interfering minimally on the flat and only ramping up properly, using the AI, when it senses a gradient. On a ride around Richmond Park, where I usually huff and puff on my pretty but heavy Abici Camporella, I felt like Superman, with stretches of the route suddenly seeming half the length. Yet I still got up a good 140 heart rate after several miles and a few stiff hills.

The Cowboy is designed as a lightweight roadster, so isn’t for country trails. Its connectedness, meanwhile, makes it hard to steal in the urban jungle. Firstly, with the battery removed, it’s not much use. Secondly, if it’s not paired to your phone, you can’t fire up the motor. If it is stolen it is still trackable. One was half-inched in Brussels last October. The owner spotted it on his app in Albania. He posted about this on Reddit; the deputy Albanian interior minister was shown the post and got the police to repossess the bike and send it home to Belgium. Cowboy bike, £1,990, uk.cowboy.com

It’s been a time for discovering the travel delights on your own doorstep, or, lockdowns permitting, not far from it. For me, living in west London, the eye-openers within an hour or so’s drive have been hikes in the Surrey Hills, the South Downs and West Wittering beach, south of Chichester (especially if you walk to the west, away from the crowded bit) – which is easily as lovely as beaches I’ve travelled 10,000 miles to enjoy.

My constant companion on these close-to-home adventures has been a stupendously good app, ViewRanger, from a Cambridge company that has joined forces with Ordnance Survey. OS maps for me have always been associated – going right back to Scout hikes – with vast amounts of paper flapping infuriatingly in the wind, and with the place you want to explore being half on one map and half on another, which you don’t have and can’t get hold of because it’s a Sunday in the Yorkshire Dales.

So the starting point of ViewRanger is pretty game-changing: you have the entire suite of OS maps available on your phone, tablet or smartwatch (they’re also downloadable for offline use on phones and tablets). As with Google Maps, you can zoom in and out easily and you appear as a moving dot, which ends forever the head-scratching business of trying to work out where the heck you are.

But ViewRanger offers more still: rural and city trails; satellite views of where you’re hiking. And there’s an augmented-reality feature whereby, in thousands of well-known landscapes, you can hold your phone camera up and have landmarks and points of interest highlighted and explained.

ViewRanger also works in France, Ireland, Spain, Norway, the Netherlands, Belgium, Denmark, Finland, Sweden, Slovenia, Slovakia, the US, Canada, New Zealand and Australia, in each case partnering with the OS equivalent. Merging reality with an OS map is not just a map fan’s dream, but capable of making a map nerd – and a tech nerd – out of the most Luddite rambler. ViewRanger, £25 a year, viewranger.com

This ambitious new running accessory, Nurvv Run, eclipses – and by some distance – all other running-analysis gadgets I’ve seen. Eat your heart out Fitbits, Garmins, Apple Watches and the rest.

Nurvv Run comprises two running-shoe insoles, each equipped with pressure-measuring sensors, which are connected to a tracker clipped to the side of the shoe. Together, the technology in both shoes notes and stores the quantity and quality of your footfall, your position, your speed, your elevation and other variables, then transmits this data wirelessly to your phone to analyse and suggest improvements in technique. If you carry your phone on a run, or wear a smartwatch, it can coach you by voice. The trackers work for five hours per charge; the insoles come in various sizes and last about 1,500 miles until they need replacing – and the trackers will continue to work with the replacements.

Nurvv Run was developed in part by the renowned biomechanist Dr Grant Trewartha, formerly of the University of Bath. Dr Trewartha was also one of the researchers behind changes adopted by professional rugby to help reduce scrum injuries. Brilliantly designed and engineered, Nurvv Run has many of the hallmarks of other pioneering tech – one of which, I fear, is that it’s quite demanding of the user. You really need to show commitment and learn how to install it, insert it correctly into the shoes, allow for glitches and, finally, understand, appreciate – and act on – the voluptuous amount of data it provides.

I converted a pair of Saucony Ride 13 trainers lent by Nurvv into electric shoes, and after a couple of brief test runs established that I am not as much of a disgrace as I thought. My pronation (foot roll) in particular is officially “great”. Nurvv Run is ingenious, intriguing and impressive. Nurvv Run, £250, nurvv.com

When I spent time in Portland, Oregon, last year, I spoke to tech companies ranging from tiny startups to Intel. I have to admit, however, that I didn’t go to see Columbia Sportswear on the grounds that I didn’t regard it as a technology business – even though it has been headquartered in Portland since 1938.

But try telling Dr Haskell Beckham, Columbia’s director of apparel innovation, that clothing isn’t technology. “To maximise a shell fabric’s heat retention, we looked closely at low-emissivity windows that rely on a thin layer of metal on the glass,” says Dr Beckham of the unorthodox way the company’s new patent-pending Black Dot fabric will give its Black Dot jackets an insulating layer on the outside as well as on the inside.

I was taken aback when my sample jacket arrived. I was expecting a fat puff pastry of a thing, but it had no more bulk or heft in its plastic wrapper than a thick jumper. My kitchen scales tell me it weighs 746g. But it is warm. Very warm. The outer layer of the jacket, the Black Dot bit, has thousands of tiny blobs, each made of aluminium covered with a black, heat-absorbing coating designed to soak up warmth from sunlight, even if it is weak or scattered. The visual effect resembles a shiny black snakeskin.

Inside, the coat looks more like Bacofoil, an enhanced version of an existing Columbia technology that the company calls “3D Thermal Reflective Omni-Heat” and which features tiny pods of vertically oriented fuzzy fibres on top of a reflective material. The three insulating layers add up to heat retention that is quite remarkable, especially given the almost flimsy feel of the coat. A technology to warm to. Columbia Omni-Heat Black Dot jacket, from £189, columbiasportswear.co.uk

I can’t claim to be much of a naturalist. But, as part of the reawakening so many of us have had to the natural world these past few months, I was pleasantly surprised to discover that bats are almost as common in British cities as in places I, in my ignorance, have more commonly associated them with – such as the sticks or the Med. And when I heard you can buy bat-finding attachments for smartphones, which detect the creatures’ ultrasonic radar signals and can identify which bat species is out there in the dark, I set out to find the best way to turn my mobile into a Batphone.

All paths led to the Echo Meter Touch 2. The neat little device comes in iPhone and Android flavours and is a portal into an engrossing pastime for these long winter nights. When freedom permits, it might be worth joining a guided bat walk with The London Bat Group (londonbats.org.uk). Wildlife Acoustics Echo Meter Touch 2, £200, batdetectors.co.uk

The new, sixth iteration of the Apple Watch has some satisfying upgrades. Its screen is brighter than its predecessor’s and it charges quicker. Apple also claims the new S6 chip improves performance by around 20 per cent. But the headline is a potentially life-saving feature to add to the 5’s ability to take an ECG and warn of irregular heart rhythm. This Apple Watch can also measure your blood oxygen levels. It’s not the first personal device able to do this, but it’s a significant step for Apple.

It can’t yet be said that the watch will help control asthma, or gauge the risk of heart failure, or warn of the onset of respiratory illnesses like Covid-19 – but Apple is working with three medical organisations to trial its possible future efficacy. Meanwhile, tracking O2 levels is another useful metric for assessing improvement in your fitness.

I was curious to know how often the watch checks. Apple says “periodically” when you’re still for a while – I’ve found it is taking an impressive eight to 10 measurements overnight. NB: it’s best to give the watch a 30-minute charge before shut-eye. From £379, apple.com

This knockout new electronic coffee machine comes from the San Francisco stable of industrial designer Joey Roth, whose products – from hifi speakers to teapots – I have covered over the years.

Osma is a fairly dense (820g) near-cylindrical device about the size of a 70cl whisky bottle. It is powered by a rechargeable battery and is wholly portable – so you could take it to the office, on hikes or even use it in the car in the Bay Area’s monster traffic jams. It will brew one 20cl cup at a time of hot- or cold-press coffee in a two-minute process. To put that in context, a conventional cold press takes 16 hours. In the Osma, water is forced repeatedly through a compostable coffee pod. You can buy its own pods, filled with excellent, Bay Area-roasted coffee – or buy them empty and fill with your own grind.

And the coffee Osma makes is exemplary. You can even drink it straight from the machine. I put Osma head-to-head with an AeroPress, and using the same quantity of Aromistico ground coffee (an artisan Italian brand I like), I thought the Osma was richer and smoother. In a blind test on my bubble-mate, she was unhesitating – the Osma coffee was “stronger and nuttier”. Osma, $185, including shipping; drinkosma.com

Explore the series
READ MOREThe click-fit club: tech to take your health to the next level
‘Walking simulators’ offer a thoughtful alternative to combat and conflict 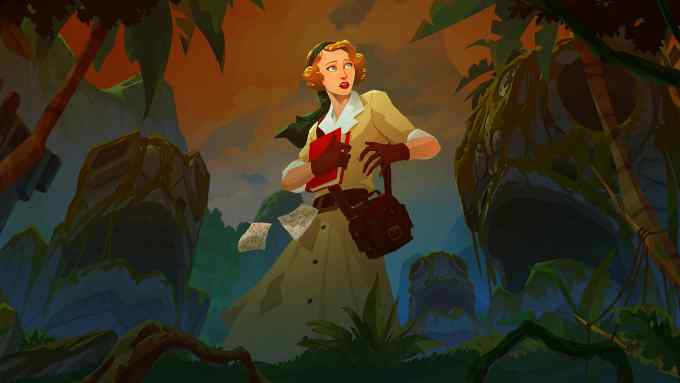