Use of robos is highest among millennials and Generation X households

Many large asset managers have shelled out time and money to develop robo-advisers. But, while assets invested in them are growing, only a small proportion of investors actually use such digital services, according to a report by data and analytics firm Hearts & Wallets.

Just 8 per cent of US households report having money in such services, which typically rely on portfolios made of ETFs,, the report says. The company produced its report based on a survey of 5,641 households in July 2019.

That amounts to roughly 10m households nationwide, according to Hearts & Wallets. The company came up with that figure by examining quantitative data, as well as statistics from the US Census Bureau, Federal Reserve Flow of Funds and Survey of Consumer Finances, a company official said.

Robos collectively managed $631bn in assets in the US as of June 30, or 13 per cent more than they did a year ago, according to Backend Benchmarking.

More than half of investors who use robo-advisers appear to be nudged into them by companies whose funds they already use, the Hearts & Wallets study found.

Roughly 13 per cent of Charles Schwab clients have money in a robo, including some run by Schwab and some potentially run by other companies, the company estimates. And 10 per cent of clients who own funds manufactured by Vanguard or Fidelity have money in robos, it said. Meanwhile, fewer than 10 per cent of T Rowe Price’s clients are enrolled in a robo. T Rowe offers an online programme called ActivePlus Portfolios to clients with more than $50,000 to invest, according to its website.

Though it is possible that some of those customers have money in other robos, Laura Varas, chief executive of Hearts & Wallets said she suspected most are enrolled in robos from the companies they already work with because such groups have far reach. Hearts & Wallets estimates that 45 per cent, or 58m US households, are aware of or serviced by large asset managers, most of whom have robos.

Most of the clients enrolled in Vanguard’s robos — Digital Advisor and Personal Advisor Services — were existing Vanguard clients, a spokesperson for company said.

“A critical component of the advice process is identifying the type and approach that best fits each individual’s needs and preferences,” she said.

Digital Advisor, for example, targets young investors who prefer an online experience and are seeking guidance on how to save for retirement or pay down debt, she explained. Personal Advisor Services, meanwhile, are meant for those who would need help from an adviser to deal with more “complex” financial situations, including those nearly or already in retirement.

Use of robos is highest among millennials and so-called Generation X households (those born between the mid 1960s and early 1980s), with 13 per cent and 10 per cent respectively enrolled in robos, according to Hearts & Wallets.

“We do not narrow our marketing to customers based on any product ownership, but we do focus in on customers who are a bit younger and have a lower balance than an average retail investor,” he said in an email.

Fidelity Go has mutual funds from the company’s Flex series within its portfolios. The robo slashed fees recently to appeal to low-balance clients.

*Ignites is a news service published by FT Specialist for professionals working in the asset management industry. It covers everything from new product launches to regulations and industry trends. Trials and subscriptions are available at ignites.com

Explore the series
READ MORELatest news on ETFs
Inside ETFs 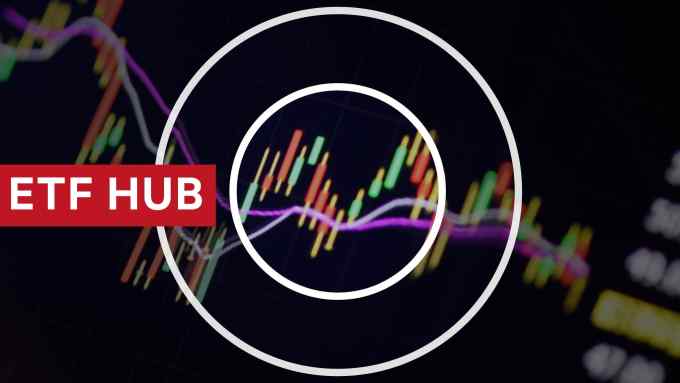