Can lawyers loosen up in lockdown?

The coronavirus pandemic intensifies the stresses of a pressured profession

The data may not be in yet, but health professionals and law firm leaders are braced for an increase in mental health problems at top Asia-Pacific law firms. They blame a potent mix of stresses from the coronavirus pandemic and the perfectionist tendencies of many legal professionals.

Berkeley Cox, chief executive partner at King & Wood Mallesons in Australia, says that it is well known that more lawyers struggle with mental wellbeing than people in many other sectors. “It’s a function of the nature of the people who are attracted to and do well in this profession,” he says, adding that the strong service culture and long hours at top law firms are also to blame.

In the same way that you can spot risk factors for heart disease and diabetes, you can also detect warning signs of mental illness, says Brian Marien, a physician and chief executive of The Positive Group, a mental wellbeing consultancy.

“Very successful people have a level of perfectionism,” he says, adding that such individuals can have rigid standards, which means they struggle to accept anything other than their best performance. They can also find it hard to accept change and uncertainty.

Sufferers from anxiety, says Dr Marien, are the people for whom Covid-19 presents the greatest additional risk. Even after the lockdowns loosen, the aftermath of uncertainty it created and the worry that the virus is still circulating will have an effect.

Legal analyst ALM’s Mental Health and Substance Abuse Survey, published in February, is just one of a number of studies over recent years that should be ringing alarm bells for senior partners in top law firms.

The research, which the consultancy produced in conjunction with Law.com, found that 31.2 per cent of the 3,800-plus respondents from top law firms around the world felt they were depressed, while 64 per cent reported anxiety. More than 10 per cent reported having an alcohol problem and nearly 3 per cent thought they had a drug problem.

Research in the Asia-Pacific region conveys a similar story. The Australia & New Zealand Wellness Survey 2019, published by the Meritas association of business law firms, found that 63 per cent of respondents had either experienced depression themselves or knew someone in their workplace who had suffered from it. That figure rose to 85 per cent for anxiety.

“The losers will be people who become anxious. It takes up a lot of your bandwidth,” Dr Marien says, explaining that intrusive worrying thoughts start to make people tired, which affects their performance at work. “If you’re a perfectionist lawyer,” he says, that may spark a vicious circle of further worry that other people will notice your work is suffering.

After the initial shock, the continuing effects of the crisis are causing concern. Employees fear losing income or a career, as well as anxiety over loved ones becoming ill.

“We are not recession proof,” says Mr Cox, adding: “We’ve tried to give people as much comfort as we can and have taken an approach of openness on how the business is trading.”

A number of people have developed healthy coping mechanisms in which fears are accepted in what Dr Marien refers to as an “it is what it is” mentality. But for those who are wired differently there is a danger that the worries become magnified.

In such circumstances, to mitigate a preoccupation with any worry, Hannah Reidy, a clinical psychologist and chief executive of charity Mind HK, recommends making efforts to connect with other people, more exercise, accepting anxiety and then trying to move on. However, all these steps were made more difficult by coronavirus lockdowns.

For very competitive teams of lawyers, there is the added worry that they might be missing out if they are working from home.

“For example, you hear about a meeting and you thought you should have been part of it. It might have been an oversight, but you don’t know,” says Jefferey Tan, group general counsel, Jardine Cycle & Carriage, the investment holding company.

Mr Tan says technologies such as Zoom give the impression that people are connecting, but there are limitations. “The dialogue tends to be cooler,” he says.

Working from home has also brought other problems. “The intersection of home and work is very blurry,” says Jo McAlpine, Australia head of talent and capability at King & Wood Mallesons. Not everyone can just turn off or manage expectations of availability.

Recognising the risks of burnout in isolation, Mr Cox says the firm acted quickly after its centres in Australia closed on March 16. The HR team called everyone to see how they were doing and if they needed help, and team “check ins” became more frequent.

Now, however, with more businesses beginning to emerge from lockdown, a new problem is looming. How to manage and encourage a return to the office, especially for people who remain very worried about catching the virus or passing it on.

Just as with a phobia, the only way to manage those with a fear of commuting and being in an office is to introduce a gradual exposure, says Dr Marien. “Companies will need to help people return to work.”

Get alerts on Mental health when a new story is published 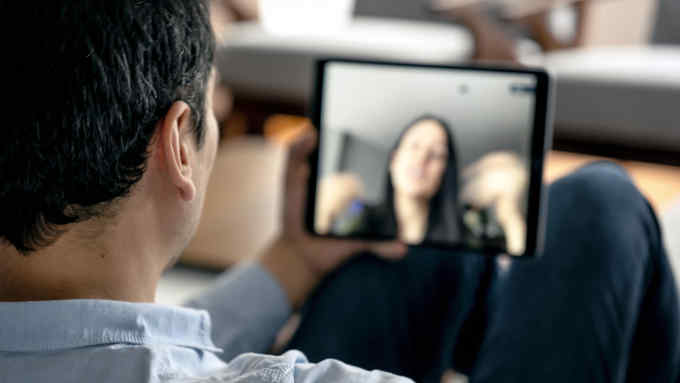