The US Securities and Exchange Commission’s enforcement division has launched a sweep of ETF revenue-sharing practices, probing fund groups about the payments they make to broker-dealers and other financial intermediaries.

Specifically, the SEC wants documents related to what it described as “any compensation paid by an adviser or an ETF to a financial intermediary based on assets held by the financial intermediary”, according to details of a letter shared with BoardIQ, a sister publication of the Financial Times.

Investigators also requested information on any payments based on an intermediary’s activity, whether such payments come from the ETF or adviser and samples of any agreements related to such payments. The regulator wants line-by-line details about revenue-sharing payments for each ETF and each intermediary, sources suggest.

The SEC did not respond to a request for comment.

“This, to me, looks like a sales practice issue” focused on intermediaries, said one ’40 Act attorney. They had been expecting a regulatory focus on ETF revenue sharing and issues that can arise when intermediaries recommend one ETF over another or an ETF over a mutual fund.

“It all comes down to the same thing — if there’s a conflict, [SEC officials] expect you to disclose it,” the attorney said. Broker-dealers generally disclose such relationships, as do ETF managers, according to a review of filings. The question is, “who knows how granular those disclosures are”, they added.

Morgan Stanley Wealth Management, for example, said in a disclosure last updated in March that it intended to charge revenue-sharing fees to sponsors of actively managed ETFs but not passive ones. Active ETFs pay on a tiered scale, up to a maximum of 10 basis points (a tenth of a percentage point) on total client assets within the fund. The revenue-sharing rate increases with the fund’s management fee.

Morgan Stanley added that its ETF revenue-sharing programme created an incentive for its advisers to promote and recommend funds whose sponsors are already making payments.

In addition to the asset-based revenue-sharing fee for active strategies, ETF providers can also sponsor meetings and conferences for Morgan Stanley financial advisers, paying up to $300,000 a year. ETF managers can further pay up to $700,000 a year for data analytics on product sales.

Morgan Stanley did not respond to a request for comment.

Other intermediaries have similar disclosures. LPL Financial said it received up to $600,000 a year from various mutual fund, ETF, annuity and life insurance contract sponsors in exchange for access to data analytics and other information. A further eight ETF providers, including American Century, Invesco and State Street Global Advisors, pay to have their products available without a transaction fee on LPL’s platform.

LPL did not respond to a request for comment.

ETF sponsors, for their part, often also disclose the existence of revenue sharing and note that the adviser or distributor pays instead of the funds. The largest ETF shop, iShares, said BlackRock or its affiliates made payments “which may be significant to the intermediary”.

The fund provider said in a filing that the cash created “conflicts of interest between the intermediary and its customers and may cause the intermediary to recommend the fund or other iShares funds over another investment”.

A BlackRock spokesperson did not provide comment by deadline.

Columbia ETFs provided more details, disclosing in March that the adviser or affiliates paid Morgan Stanley and UBS for data analytics. The amounts were expected to be between $50,000 and $300,000.

The SEC has for years been focused on mutual fund revenue sharing and share class selection among financial intermediaries. Its enforcement division in February 2018 launched an amnesty programme offering to settle with companies that voluntarily reported to the regulator that they had improperly selected fund share classes with 12b-1 fees — paid out of ETF or mutual fund assets to cover the cost of distribution — when lower-cost share classes were available.

The SEC had by 2019 settled with 79 investment advisers, and the agency has since brought cases against more. The commission has also gone after investment advisers for failing to fully disclose revenue-sharing payments received from mutual fund groups.

Ameritas Advisory Services in February agreed to pay $4.6mn in fines and disgorgement for, among other things, not fully disclosing conflicts stemming from revenue-sharing payments it received that were linked to client investments in certain mutual and money market funds.

The commission would continue to focus on whether investors were placed in high-fee share fund classes “as long as we find the conduct”, said Vanessa Horton, associate regional director of the SEC’s Division of Examinations, at a recent industry conference.

Daniil Shapiro, associate director at Cerulli Associates, said that if intermediaries were to charge a flat revenue-sharing fee to all participating fund groups, “then hopefully you can avoid some of these conflicts of interest.”

A report published by Cerulli in September last year found that a third of the asset managers surveyed were unwilling to engage in revenue sharing, while a quarter were very willing.

BoardIQ is a news service published by FT Specialist for independent directors overseeing asset managers and their products. It covers fund governance, regulatory developments and industry trends. Trials and subscriptions are available at boardiq.com. 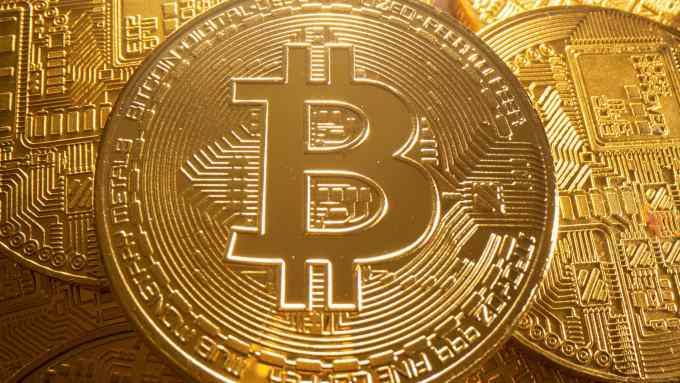