Margaret Franklin hardly knew the difference between a stock and a bond when she started at asset manager State Street Global Advisors in the early 1990s. But she learned quickly.

Having spent the first five years of her career bouncing between industries, she found that finance was “really something I could sink my teeth into”. However, as a “small”, young woman from Canada, she sometimes struggled to get the respect of her office colleagues in Boston, Massachusetts. “I looked like I was 12 and was not taken very seriously,” she says.

Today, she is the first female chief executive of the CFA Institute, the association for investment management professionals. She leads nearly 200,000 finance professionals worldwide who have earned the chartered financial analyst designation, one of the investment world’s most coveted credentials. Notoriously, it requires candidates to spend an average 900 hours studying everything from security valuations and financial statement analysis to economics and ethics. On average, more than half of all candidates fail.

Even so, those early memories have stuck with her. When she was starting out, Franklin was one of the few women on the client-facing side of the business, and she quickly noticed that the senior women around her all had the same three letters after their name — CFA.

“It would have been hard for a woman to materially advance in the business without a professional designation,” Franklin recalls. She signed up for night school and earned her charter in 1997.

And her story still resonates for many women trying to climb the ranks in the investment industry, where progress toward gender parity has been glacial. Female representation in asset management trails behind other areas of financial services at all levels, according to a McKinsey study last year.

The CFA charter does give women — especially women of colour — the necessary credibility, but the key to achieving meaningfully higher numbers requires “getting women interested in the field” at an early stage, argues Franklin.

Of those taking CFA exams last year, 40 per cent were women, an increase from 38 per cent in 2018. But the percentage of female charter holders stayed flat at 19 per cent, even as the institute introduced multiple initiatives to boost female representation — including mentorship schemes, events, collaborations with employers, and a special scholarship since 2016.

Arguments, and support, for bringing more women and under-represented demographics into investment management have existed for some time. Studies, such as investment consultancy Willis Towers Watson’s 2020 report, show that funds led by more diverse teams have higher returns. Industry leaders have backed schemes to encourage this for years.

But now, crucially, attitudes are changing among younger women, according to Maggie Wong, senior manager, product management, at the tech-focused Silicon Valley Bank. She joined the CFA Society of New York in 2016 and began organising events and mentorship programmes for early-career professionals in 2017. Recently, more women have been showing up to early-career events, she notes. “But I’m focused on how we make sure we’re providing that path forward, so that they’re not just stuck at entry level.”

Getting the CFA was a “pivotal” tool that helped Wong move from a back-office job in Hong Kong to a client-facing role in the US and has won her jobs at firms such as Standard Charted and Morgan Stanley.

Like Wong, many women are drawn to the “signalling” effect of the CFA. “You have that built-in credibility when you pass your business card across the table,” explains Andra Ofosu, director of US sales at hedge fund Aspect Capital. “You don’t have to convince someone that you can speak their language.”

This idea of not having to prove yourself constantly has proved particularly attractive to many women of colour.

Ofosu studied for her CFA to bolster her credibility after losing her job at Lehman Brothers in 2007. The next goal was an MBA at Wharton business school, and then the Chartered Alternative Investment Analyst designation, on advice from her mentor, another black woman in the industry. “There is no such thing as having too many credentials,” she says.

But the representation of women of colour in asset management has not substantially changed since 2018 — and has even fallen in entry-level positions, according to the McKinsey study. “Until things change, you have to do what you have to do,” Ofosu says.

She advises all young women interested in finance to finish the CFA programme as quickly as possible, even if it means sacrificing a few years of being social in their twenties. The programme is usually completed over three years.

“I also had friendships to maintain but I was like ‘I’m going to be studying for the next six months and I’ll see you when I get out’,” she says. “It’s better to get it out the way early before life just makes it harder,” she argues. Now, she has two young children and runs the Black Hedge Fund Professionals Network, a non-profit geared towards bringing more black financiers into the industry.

Women such as Wong and Ofosu using their CFAs as launch pads for careers in sales or product management — outside the institute’s core focus of investment management — is a bittersweet conundrum for Franklin.

On the one hand, she welcomes the increase, however small, in women registering to study for the qualification. On the other hand, female charter holders are less likely than men to handle financial assets directly or create investment strategies as part of their work, according to a CFA report. The percentage of female portfolio managers in the US has been essentially flat since 2000 at barely 15 per cent, a 2021 Morningstar report found.

“The signalling effect is very important and is a great leveller, but we still don’t have enough women in finance going into the investment business,” she says.

The writer, the FT’s US banking correspondent, passed the first of her three CFA exams last year 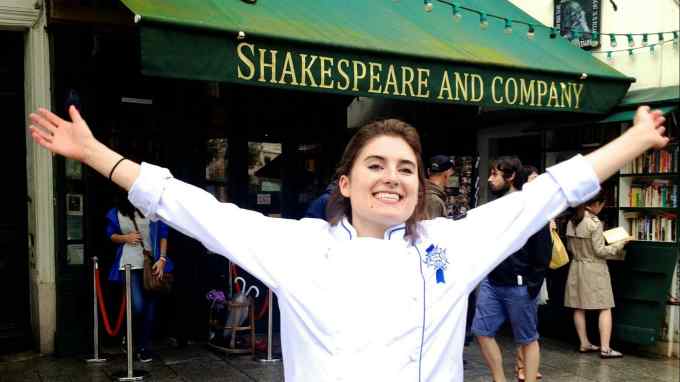