In order to settle an argument over whether loyalty in the workplace is a virtue or merely a distorting bias towards one’s tribe, researchers at the University of California, Berkeley and Harvard Business School carried out some experiments.

In one study of the 2014-15 investigation, students, recruited from college fraternity houses, received good luck notes from their presidents, requesting them to take a puzzle-solving task seriously. Initially camp loyalty was ahead — students who described themselves as loyal cheated less than their more disloyal peers. But when the importance of beating rival houses to win a cash prize was stressed, a darker side to loyalty emerged. Now, it was the loyalists who proved to be the biggest cheats, and by a wide margin.

Set against a repeating news cycle of cover-ups in which loyalty to a community has led to dishonesty that has ensnared religious groups, carmakers and global charities, the study’s finding may seem dismally predictable. What intrigued the researchers, however, was that initially the loyal students displayed more integrity than other group members.

Co-author Angus Hildreth, now an assistant professor at Cornell University, explains the seeming paradox: “Because we see loyalty as good, thinking about it implicitly [summons up] other good stuff in our characters, such as honesty.” Yet, when competition kicks in and higher-ups push for results, loyalists appear not to hesitate to be dishonest, even when not instructed to break the rules.

Loyalty is one of many ways in which our instinct to identify with a peer group and conform to authority, shapes and also warps our ethics. Team bonding can lift people to extraordinary performance. Yet, studies also find that being in a group makes us less likely to go to a victim’s aid.

Our sensitivity to social cues can even persuade us to deny the evidence of our eyes, as the psychologist Solomon Asch showed as long ago as the 1950s. When surrounded by stooges under orders to choose wrongly in exercises to match drawn lines by length, about a third of participants repeatedly caved in to social pressure and chose the stooges’ lines, though they were plainly a different size.

Whistleblowing
Speaking out against your employer is still risky 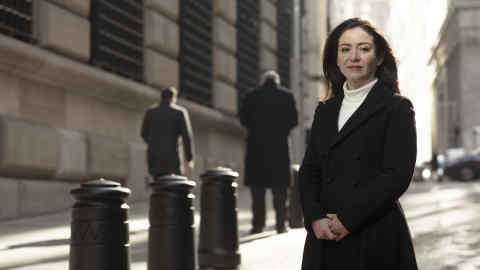 Designing ethics programmes without regard to how people behave under social pressure condemns businesses to relive past scandals, according to behavioural psychologists. As Sebastian Bailey, co-founder of Mind Gym, a learning and development company, puts it: “When we witness wrongdoing there are many ways in which we [mentally] minimise what we see to justify not acting.” Meaning that even when employees agree in ethics workshops on what constitutes wrongdoing, in practice, they may not act on their knowledge.

One way to stop this happening may be to make explicit that certain behaviours — fudging the figures, threatening or belittling people — are always unacceptable, whatever the context.

Knowing when to intervene is only useful, however, if people know how to intervene. Mr Bailey recommends asking the aggressor in a neutral tone: “What do you mean by that?’’ Mostly, people recant somewhat, he says. Alternatively, they may double down, in which case their malice is made plain — reducing the risk that others will laugh off the baiting, or join in.

Jennifer Harrison, a professor in organisational behaviour and HR management at NEOMA Business School in France, agrees that challenging low-level wrongdoing is worthwhile.

“We know from research that breaking rules that we consider to be minor can lead to breaking bigger rules.” Yet, a survey by the Institute of Business Ethics found that more than 40 per cent of European workers fail to report misconduct.

Toxic leaders are often accomplished crowd psychologists. Nicole Alvino, co-founder of SocialChorus, a workplace communications platform, joined Enron from university. She recalls how the US energy group’s pride in valuing “the smartest” was used to freeze out employees who asked awkward questions and discredit their opinions. “There was a particular tax attorney [who voiced concerns] . . . People said: ‘She’s not a big thinker, she doesn’t get it because she’s not very smart.’”

Design flaws in whistleblowing arrangements also discourage speaking up, even when employers are motivated, says Edward Gardiner, a behavioural research consultant at Warwick Business School. Anonymous hotlines signal: “If you speak publicly you’re likely to be punished”. Also, complainants do not know whether they are a lone voice or one of many, which makes weighing the risks and possible gains of speaking out trickier.

Approaches that draw on #MeToo insights that people perceive safety in numbers may offer a way forward, Mr Gardiner believes. Vault Platform, a London-based start-up, provides a secure digital space for reporting workplace wrongdoing. A filed complaint remains locked until another complainant comes forward, at which point both complaints are released to HR. Callisto, a US-based not-for-profit, offers another reporting technology with an additional option for victims to link up. Neta Meidav, Vault’s co-founder, hopes that enabling employers “to join up the dots” will encourage more reporting.

But can higher-ups be trusted to act on the evidence?

Postmortems on scandals — US bank Wells Fargo is an example — typically reveal an evidence trail of workers who voiced concerns that managers ignored or tackled with half measures.

Sometimes, the deafness is deliberate, as at Enron, where senior executives oversaw shady practices. Yet, research conducted at Berkeley and Vanderbilt University suggests that some high-ranking employees identify with their organisation so personally that loyalty blinds them to uncomfortable truths.

Given that studies find that a strong sense of fairness predicts principled dissent, promoting employees who put fairness before loyalty might help to combat blinkered thinking. But organisations also have a duty to help those they promote avoid the blind spots that power and status spawn.

Mr Bailey of Mind Gym recalls how tribal politics allowed bullying to overwhelm a client. “The team leaders were observing behaviour in [other teams], knowing it wasn’t right but staying quiet. They felt, ‘If I criticise someone on your team, I’m implicitly criticising you’.” Coaches responded by getting managers to collaborate. “When one of the harder nuts said to the other team leaders, ‘If you see any of my team [misbehaving], I want you to come and talk to me’, I knew we’d made progress.”

Insights into how people adapt to group norms are producing results in the workplace. As part of an energy-reduction experiment with Eon, Savills, the UK estate agent, recently divided its Cardiff office into pods of desks, each with an energy champion armed with green stickers to award to employees who followed an energy-saving routine. As pod rivalry took off, having a clean sheet of stickers each morning became “a badge of pride”, cutting energy usage by 26 per cent, says David Thomas, a director at Savills.

One caution is that teammates who identify closely with each other may be susceptible to group think, and unhelpful to other teams. Some tips from behaviourists on how to avoid problems include:

▪ Create opportunities for socialising and sharing skills across groups.

▪ Teach managers strategies to break up unhealthy alliances within teams, such as reallocating shared goals and adjusting project team make-up to let other people in.