What energy crisis? European industry is showing its adaptability

Manufacturing output remains strong across most of the EU
Martin Sandbu 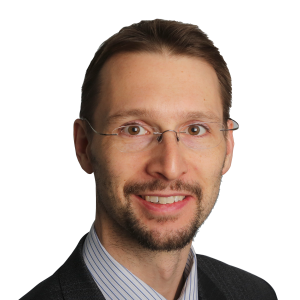 After a year of very high energy prices — as well as expensive gas for those industries using it in the production process (as feedstock) — wouldn’t you expect industry to suffer? Especially since we know that Europe has managed to cut at least gas consumption quite significantly in response to Russian president Vladimir Putin’s weaponisation of gas. And twice-especially because we have heard a lot of complaints about how European manufacturing is becoming uncompetitive and that America will lure the continent’s industrial base away.

But take a look at the volume of manufacturing industrial production in the EU and the eurozone in the chart below. If you can spot how Putin has crushed European industry (not for lack of trying), do let me know. The EU as a whole has never produced greater volumes of manufactured goods than today. The same is true for the eurozone, although its volumes have twice before reached similar magnitudes but only briefly (in late 2017 and the spring of 2008).

If you look at specific countries, the numbers jump up and down quite a bit from month to month, so you can no doubt find what looks like a few months’ worth of a downward trend in some countries. But virtually all EU countries increased their industrial output from September 2021 to September 2022 (the last complete numbers), often by large amounts. If they have struggled with the extraordinary energy prices this year, it’s a very relative struggle indeed.

These are very rough numbers, and give no granular insights into how Europe’s factories have adapted. But there are many country-level studies that go more thoroughly into the manufacturing sector. And they largely confirm the big picture that industry is more robust than it may seem.

The most involved work I have seen is on Germany. Last week the Ifo Institute published a survey showing that out of the 59 per cent of industrial companies using gas in the production process, an astonishing 75 per cent reported that they had been able to reduce gas use without having to cut production. (I have reproduced a chart from the study below which shows the distribution of responses.) Nearly 40 per cent reported they had room for manoeuvre to consume even less gas without production suffering. Since gas not used in production is gas that can be used to generate power, this amounts to a high degree of adaptability to high energy prices.

Admittedly, a small minority of companies have warned that they may have to not just curtail but stop production altogether if they had to reduce gas use. And there are examples of factories shutting down — for gas-hungry ammonia, for example. But the big picture is much more buoyant than one might have thought.

More detailed insights along the same lines come from an econometric study of gas consumption by all economic sectors (small users, industrial users and power stations) from the Leibniz Information Centre for Economics. The authors filter out extraneous effects on gas use such as the weather, and find that in response to higher prices since the autumn of 2021, industrial and small users have reduced consumption by significant amounts (up to 19 and 36 per cent respectively).

And Ben McWilliams, of the Bruegel think-tank, has posted numbers on Twitter showing that while Italy’s industry had recently used 24 per cent less gas than the 2019-21 average, its industrial output had held up completely. He makes a similar observation about German industry.

What’s the upshot? That Europe has fought the economic war better than it gives itself credit for. For a war is what it is; while Putin is trying to starve and freeze the people of Ukraine into submission, he is also attacking Europe economically to encourage it to betray the Ukrainians fighting for their way of life. But much like Russia’s failures on the battlefield, its economic firepower is not as devastating as many think. Liberal democratic capitalist economies are remarkably adaptable — not without effort, but because they have the economic and political resources, and the wherewithal to deploy them, to absorb shocks with resolve.

Industrialists themselves seem to have realised that the blow wasn’t as hard as they had thought. Business leaders appear to be breathing more easily than just weeks and months ago. So, perhaps, should we — but only a little, for if things are going better than feared, a little complacency is all it takes to kill it.