The new iMac: a Technicolor dream?

The new 24in Apple iMacs look like something you’d find on the flight deck of a UFO – at least, one with an intergalactic interior designer onboard. In their seven delicious Fruit Gum colours (a welcome nod to the multi-hues of the original 1999 iMac) and with a ridiculously minimal profile, they are by a long chalk the most desirable desktop computers ever made.

It’s not just their beauty. The performance is also stellar. Apple has used chips by Intel for a few years, and very good they were too. But now it has its own processor, the M1, currently installed in 24in iMacs, MacBook Air and selected 13in MacBook Pro models. It brings a speed and fluidity that makes a noticeable difference. Everything you open with an M1-equipped device snaps into action instantly. Also, if you have particularly haphazard web browsing habits, you can have several hundred tabs open simultaneously.

Thanks to the M1, along with better cameras and speakers, many everyday apps work perceptibly better, too. FaceTime on the new iMac, for instance, looks and sounds so crisp, vivid and “present” you might never want to leave home again. Which I say with heavy irony because bringing out the best desktop PC ever at the exact time we’re all champing at the bit to travel again is not the most fortunate timing.

HTSI
How good is the new iPhone 12? 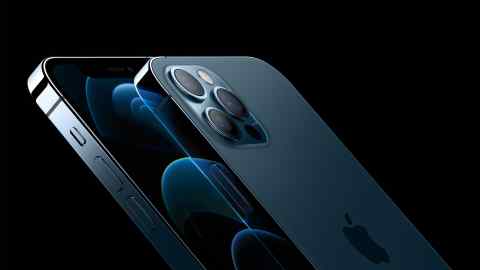 That said, we are being encouraged to regard the iMac, the iPad Pro and the iPhone 12 as an interconnected team. They share the squared-off design first seen in the 2010 iPhone 4 and again now found across the iMac/iPad/iPhone triumvirate. But they also work very much the same as one another. An iMac now looks and is used almost exactly as if it’s the much bigger sister of an iPad Pro mounted on the “floating” Magic Keyboard stand Apple released a year ago. In this configuration, the iPad is now a portable near replica of the iMac. Genius.