Accept & continue
Manage cookies
How To Give It  Style

How Ukraine’s fashion designers have adapted to war

Stay across the latest Ukraine coverage.

In February, Svitlana Bevza was presenting her autumn/winter collection, dedicated to “love letters”, at New York Fashion Week. Today, she and her two children are living out of a suitcase in a hotel room in the Czech Republic, having fled their home in Kyiv. “On the first day of the invasion, we woke up to the noise of explosions,” says Bevza. “We stayed for about a week, in a state of shock, before I realised that I had to take my kids out of Ukraine.” She made the journey with her children; her husband stayed to serve in Ukraine’s Territorial Defence Force.

Bevza was at the vanguard of Kyiv’s flourishing fashion industry but now, like so many other Ukrainian designers, she is looking for ways to stay afloat. “Everything was growing,” she says. “The sales, the demand… why should I give it up just because of one psychopath from Russia?”

Bevza is currently looking for factories in the EU where she can restart the production of her collections and fulfil wholesale orders for the season ahead, but she has yet to work out where she and her children will settle in the coming months. “I have to restructure everything – the company, the head office, the warehouse and the school for my son, because everything was in Kyiv,” she says. “I can’t express [how hard it is]. But my husband told me that it’s better to go to work than to wait around and be nervous. Otherwise, I will just sit and cry.”

Alina Kachorovska, who runs Kachorovska Atelier – one of Ukraine’s biggest footwear and accessories brands, which was established by her grandmother in 1957 – chose to stay in Kyiv with her husband and three children. Within a week of the invasion, she had turned to producing army boots in her factory. “My mother, who runs the factory, started receiving requests to make army boots because tens of thousands of men went into the territorial defence and, of course, they were not equipped,” says Kachorovska. “We have never produced army boots so did not have a model or soles, but my mother brought together a few factories in Ukraine, so one factory gave soles, one gave the model, another gave laces, and we gave the leather for our bags.”

They have now made 1,300 pairs of army boots with the help of $25,000 in donations through their Instagram account, and are taking slow steps to restart their business. “We have quite a complicated task with logistics, as we need to find a warehouse in Poland or somewhere from where we can ship easily to any country in the world,” says Kachorovska. “We’ve already invested so much in our business, and of course I don’t want to lose it.”

After being woken by explosions, designer Kristina Bobkova, whose eponymous label is known for its minimalist designs, quickly packed her suitcases and left for western Ukraine with her children and cat, leaving her husband to stay in Kyiv. “Honestly, in the first weeks of the war, we could not think about work,” she says. “I built routes and searched for shelters for those who tried to leave the hotspots. Our employees, who remained in Kyiv, sewed bags for the defence and curtains for the headquarters of humanitarian aid.” She is now living in Marburg in Germany, where friends and clients have helped her to find a warehouse from which she will be able to start shipping. “Our business was suspended because it was more important to think about how to save people and families. Now we are trying to restore the brand remotely as much as possible.”

Asya Varetsa and Kate Zubarieva, founders of Kyiv-based fashion label Sleeper, have set up makeshift production facilities in Turkey, where Zubarieva and her partner are temporarily based. They remain hopeful that they will return to Ukraine. “We cannot wait to go back and continue manufacturing in our beautiful space in the centre of Kyiv,” says Varetsa. “It’s always been, and always will be, important for us to have ‘Made in Ukraine’ on our labels. It’s the DNA of the brand.”

Though both Varetsa and Zubarieva have been helping their 120 employees relocate to safer areas, some have chosen to stay in Kyiv. A number of their seamstresses have swapped making day dresses for camouflage nets, though the company continues to pay their salaries. “Our team is incredible,” says Varetsa. “Some are in the army and some are volunteering – like our logistics lead, who drives around delivering food and medicine to the elderly with her three-month-old baby in the back seat.”

Many of Ukraine’s designers have pivoted their activities to help the war effort. Former LVMH Prize finalist Anna October, whose eponymous ethical womenswear label is stocked at Farfetch, Ssense and Moda Operandi, donated 1,000 metres of fabric to the army for blankets and camouflage nets, and is now operating temporarily out of Estonia, having managed to evacuate her team and stock from Kyiv. DressX, a digital fashion retailer founded in 2020 by Ukrainians Daria Shapovalova and Natalia Modenova, has created a collection of virtual garments and accessories rendered in the colours of the Ukrainian flag, with all proceeds going to the Ministry of Defence of Ukraine and other Ukrainian charities.

“We believe that our voice and the voices of every person or company have as much power as a real weapon on the battlefield,” says Shapovalova, who lives in Los Angeles but has friends and colleagues in Ukraine. “We will continue to actively support our country until the Russian invasion stops.”

HTSI
How To Give It… to the humanitarian effort in Ukraine 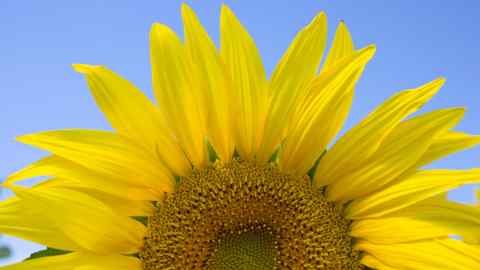 Julie Pelipas, former Vogue Ukraine fashion director and founder of upcycled tailoring brand Bettter, has launched Bettter.Community, a non-profit organisation aimed at helping Ukraine’s displaced creatives find work and supporting them with grants to cover relocation and legal expenses. “On one hand, we have the whole community of creatives who in one moment have lost their businesses, homes and some even families. On the other, we have the whole industry that’s willing to help,” says Pelipas. “It’s important to consider these creatives not from a perspective of victims or refugees, but as amazing artists and talents you can collaborate with.”

All of the designers are hopeful for the future, many of them founded thier brands in the wake of 2014. “Sleeper was created in dark times, and we always thought our mission was to bring lightness and love to people,” says Varetsa, who founded the brand against the backdrop of the Maidan Revolution. “I think now more than ever, we feel that that’s our mission.”