When a tsunami struck Japan in 2011, its impact was felt in almost every car plant on earth. Some 6,000 miles from the epicentre, executives at Jaguar Land Rover watched the unfolding events with mounting concern. For spread over the body of every swish model rolling off JLR’s UK production lines was paint mixed with a glossy pigment known as Xirallic, made just in one place: Fukushima.

“Everyone in the world lost Xirallic pigment for the next six months,” says Ian Harnett, who ran purchasing at the British carmaker before retiring last month. Jaguar’s paint engineers, who had a limited stock of the substance, worked out a way of applying the pigment more thinly, while losing none of the sheen.

If there was a change, it was not visible to the naked eye. “We looked at the chemistry and we eked out what we had,” says Mr Harnett. The result: The all-important production lines continued rolling.

Carmakers, who are used to managing brittle supply lines that criss-cross the world, are no strangers to the impact of far-flung disruption. So when the first reports of extended factory closures in Wuhan due the coronavirus outbreak emerged in January, carmakers scrambled again to understand how it would affect their global production network.

“I know it will hit us, I just have no idea how,” one senior industry executive confessed to the FT earlier in the year.

Wuhan, located in China’s central Hubei province, had been set up as an inland automotive hub by the government, and was densely populated with suppliers, whose parts fed into supply chains that ended in car factories in Japan, the US, and across Europe.

Late in January, Fiat Chrysler became the first carmaker to warn publicly it was weeks away from closing European plants after a shortage of parts from China.

In the jaws of the supply chain crisis — the weeks between China’s closure and the widespread European and American shutdowns in late March — Jaguar Land Rover admitted to flying parts over in suitcases from China to keep its production lines in Britain running. At one point, the company was building one key fob for the car, rather than the standard two, to fulfil orders. A second key fob was then flown straight to the dealers. “There are always little things you can do to try and keep the supply chain working,” according to Mr Harnett. 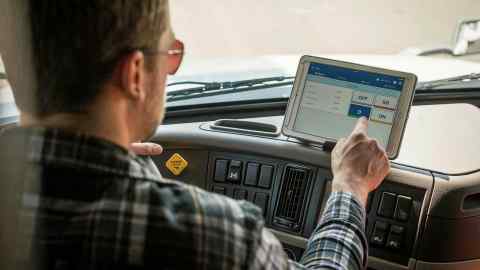 But plants across Europe did come to a halt, first because of parts shortages and then because of the collapse in demand because of public lockdown measures. Industry watchers have began asking whether the era of such precarious sourcing should be confined to history. “Part of the problem was so many [original equipment manufacturers] driving suppliers to locate to China,” says Ted Mabley, a supply chain expert at manufacturing consultancy PolarixPartner.

As China rose as an automotive supply base, many carmakers, particularly US operators such as General Motors, convinced their local suppliers to match Chinese prices by setting up operations in the country. In time, the industry became used to obtaining parts from the country, even if the cars they fitted into were assembled thousands of miles away.

“We’re all realising this is because of all those decisions made back in the early 2000s,” says Mr Mabeley.

With the industry now so lean and the cost savings of buying from Asia baked into business models, redrawing the supply map is difficult.

Jim Adler, who run’s Toyota’s AI Ventures, the Japanese carmaker’s venture capital arm, told an FT conference last week that the pandemic had brought the “fragility” of the cross-border set-up into “stark relief”. Supply lines “were focused, in many cases towards China, and the resiliency of those supply chains was traded away because it was so efficient and so cost-effective,” he said. 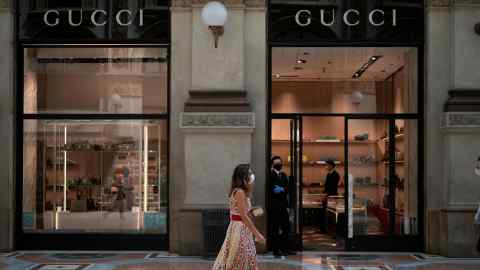 Although he runs Toyota’s set-up investment arm rather than its manufacturing operations, he predicted the long term impact of the pandemic will be “diversification of supply chains around the world, onshoring of supply chains certainly in the US and in other countries”.

Attempting to stem the flow of parts around the world and forcing carmakers to reshore jobs to the US was the key aim of Donald Trump’s trade war with China. Even after that happens, parts will still flow across borders, and carmakers will still need to comb their networks to prevent individual components holding up production.

According to Mr Harnett: “This is not the first time we’d have crises, it’s just the worse one.”

Get alerts on Supply chains when a new story is published 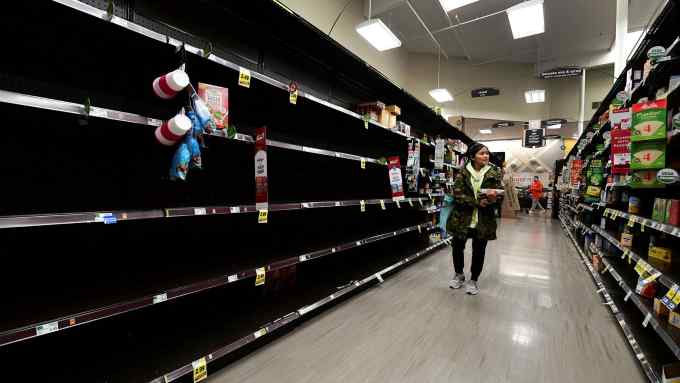